Scientists from the Department of Energy’s Lawrence Berkeley National Laboratory (Berkeley Lab) have set out to help build the world’s first total-body positron emission tomography (PET) scanner, a medical imaging device that could change the way cancers and other diseases are diagnosed and treated.

The project is a consortium led by a UC Davis research team and includes scientists from Berkeley Lab and the University of Pennsylvania. It’s supported by a recently announced five-year, $15.5 million Transformative Research Award from the National Institutes of Health.

The consortium’s goal is to build a PET scanner that images the entire human body simultaneously, a big jump from today’s PET scanners that only scan 20-cm segments at a time. In addition to being able to diagnose and track the trajectory of a disease in a way not possible today, a total-body PET scanner would reduce a patient’s radiation dose by a factor of 40, or decrease scanning time from 20 minutes to just 30 seconds. 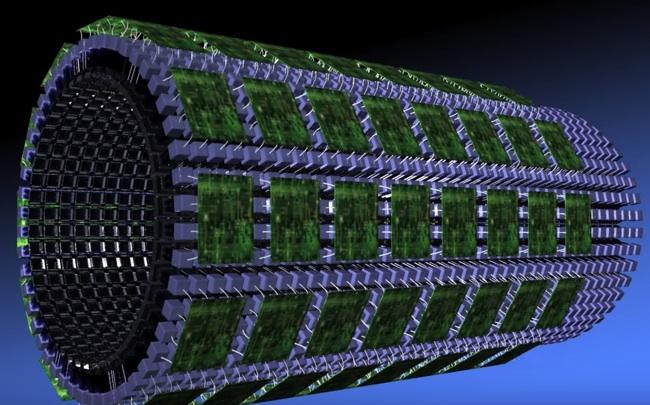 This image shows some of the components that will make up the total-body PET scanner. Berkeley Lab’s contribution, the electronics, are in green. (Credit: Joe Proudman/UC Davis)

Berkeley Lab’s contribution, led by William Moses of the Molecular Biophysics and Integrated Bioimaging Division, is to develop electronics that send data collected by the scanner’s detectors to a computer, which converts the data into a three-dimensional image of the patient. The new scanner will have half a million detectors, and the data from each detector must be electronically transmitted to a computer, so the task is incredibly complex.

“We’re developing the electronic interface between the detectors and the computer algorithm–and the electronics for this scanner is an order of magnitude more complicated than what’s been done before,” says Moses. “But Berkeley Lab has a long history developing instrumentation for nuclear medical imaging, including PET scanners, and this project is another milestone in our research.”

Other Berkeley Lab scientists involved in the project are Qiyu Peng, who is assisting Moses on the electronic instrumentation; and Bill Jagust, a longtime user of PET imaging techniques for clinical neurology research, who serves on an advisory board of medical doctors for the project.

PET scans are used to diagnose and track a variety of diseases by showing how organs and tissues are functioning in the body. Typically, a radioactive tracer that targets a metabolic process specific to a disease is given to a patient. The PET scanner then detects where the tracer collects in the body, effectively imaging the disease itself. For example, tracers that accumulate in tumors are used to diagnose, stage, and follow treatment for cancer.

For several decades, Berkeley Lab scientists have specialized in developing advanced electronic instrumentation for PET scanners and other medical imaging technologies. This effort has evolved into Berkeley Lab’s OpenPET project, a resource led by Woon-Seng Choong that enables scientists to collaborate on electronics for research-focused PET scanners.

The total-body PET scanner is the latest project in Berkeley Lab’s PET-related research, coming at a time when technology has advanced to the point that it’s possible to efficiently process the data generated from the scanner’s half a million detectors.

To appreciate some of the challenges faced by the Berkeley Lab scientists in developing state-of-the-art instrumentation for the new PET scanner, consider how PET scanners work: As the radiotracer concentrates in the body, positrons in the tracer decay and emit gamma rays in opposite directions. These two gamma rays are detected by detectors on opposite sides of they body. Scintillating crystals convert the radiation to light, and a photosensor converts the light into an electrical signal.

The time difference between the detection of the two gamma rays is used to determine where the positron is located along a line, which indicates where the radiotracer accumulates in the body. In order for this to work, the electronic instrumentation must have a time resolution of about 300 picoseconds (a picosecond is one trillionth of a second).

“The time resolution has to be exceptionally good. It’s a challenge to do this with one detector, and to do that with half a million detectors introduces new challenges in terms of reproducibility and stability,” says Moses. “Our role is to ensure the detectors, and their associated electronics, have the spatial and temporal resolution to work at a total-body scale.”

The scientists hope to have a prototype developed in about two years.