In the largest clinical data presentation ever of transcatheter pacing patients, Medtronic plc today announced that the Medtronic Micra Transcatheter Pacing System (TPS) was successfully implanted in nearly all patients in the trial – 99.2 percent – and met its safety and effectiveness endpoints with wide margins. These data, from the Medtronic Micra TPS Global Clinical Trial, were presented during a late-breaking Special Report session today at the 2015 American Heart Association Scientific Sessions and simultaneously published in the New England Journal of Medicine.

“We are extremely pleased with the remarkably successful implant rates and safety profile of the Micra pacemaker, including the absence of device dislodgments. We are especially confident in these results because the trial included patients with serious comorbidities from 19 countries on five continents around the world,” said Dwight Reynolds, M.D., trial principal investigator and regent’s professor and chief of the Cardiovascular Section at the University of Oklahoma Health Sciences Center. “The Micra TPS not only met its trial endpoints, but also provided a significant reduction in healthcare utilization due to fewer major complications compared to conventional pacing systems, which is particularly important in an era of value-based healthcare.” 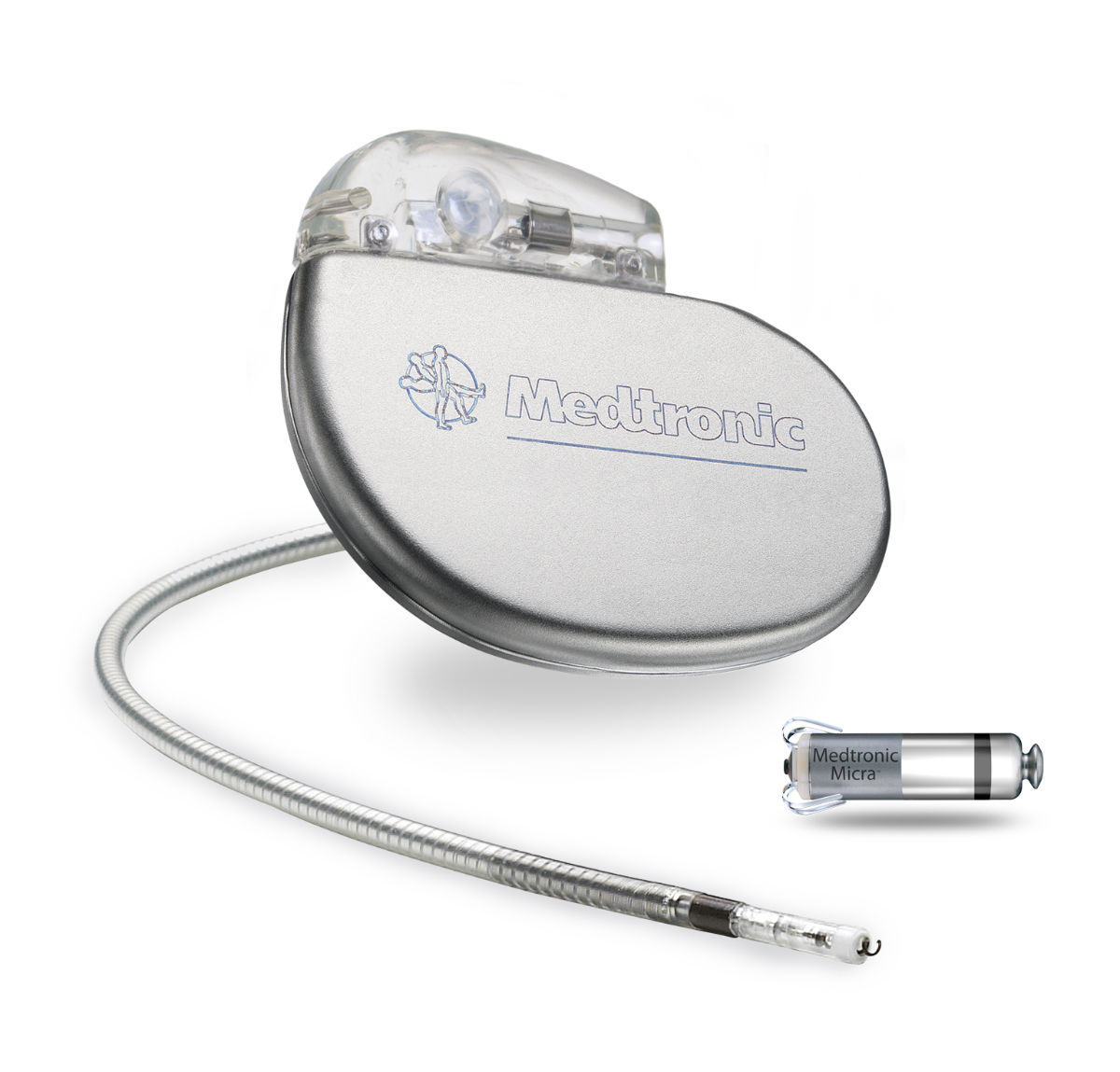 The presentation included a comparison of Micra TPS safety performance to a pre-defined, historical control group consisting of more than 2,500 patients from six studies of commercially available, conventional pacing systems. Compared to patients with conventional systems, the patients in the Micra trial were older and had more comorbidities, yet had fewer major complications.

Almost all patients in the trial, 98.3 percent (292 of 297), had low and stable pacing thresholds at six months, yielding projected average longevity for the device of more than 12 years (300 patients at six months). 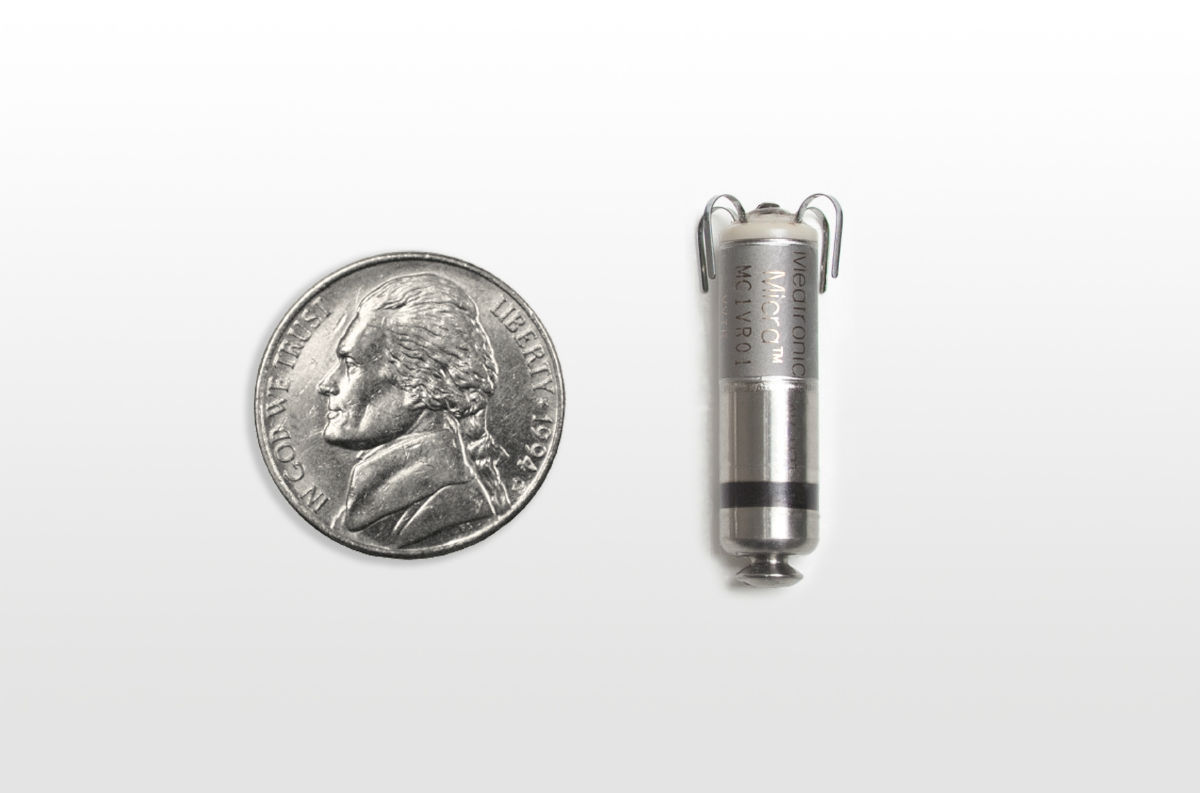 At less than one-tenth the size of traditional pacemakers, the Micra TPS is the world’s smallest pacemaker yet provides the most advanced pacing technology available. It is cosmetically invisible and small enough to be delivered with minimally invasive techniques through a catheter, and implanted directly into the heart.

Comparable in size to a large vitamin, the Micra TPS does not require the use of wires, known as “leads,” to deliver pacing therapy; rather, its flexible tines attach to the interior of the right ventricle. The tines can be disengaged during the implant process without causing trauma to the cardiac tissue, allowing the device to be repositioned during implant and retrieved if needed. Micra TPS also is the first transcatheter pacing system to be awarded CE (Conformité Européenne) Mark for 1.5T and 3T full body MRI scanning, providing patients with access to the most advanced imaging diagnostic procedures.

“This is an exciting time for patients who need pacing therapy, as the Micra technology delivered substantial value in the trial through a less invasive procedure with fewer complications, compared to conventional devices,” said Brian Urke, vice president and general manager of the Cardiac Rhythm and Heart Failure’s Brady business, which is part of the Cardiac and Vascular Group at Medtronic. “We anticipate this excellent clinical performance will help reduce healthcare costs and provide economic benefit as well.”

In the United States, the Micra TPS is an investigational device and not yet approved for commercial use. The device was awarded CE Mark in April 2015 based on earlier data from the Medtronic Micra TPS Global Clinical Trial.

The trial enrolled 744 patients; it is ongoing and will continue to evaluate the safety and efficacy of the device through a single-arm, multi-center study at 56 centers in 19 countries. Primary endpoints of the trial were freedom from device-related or procedure-related major complications with target performance of >90 percent (lower CI >83 percent) at six months, and low and stable pacing thresholds as demonstrated by ≤ 2V and no increase of >1.5V (relative to implant) and target performance of >89 percent (lower CI >80 percent) in the first 300 patients at six months.