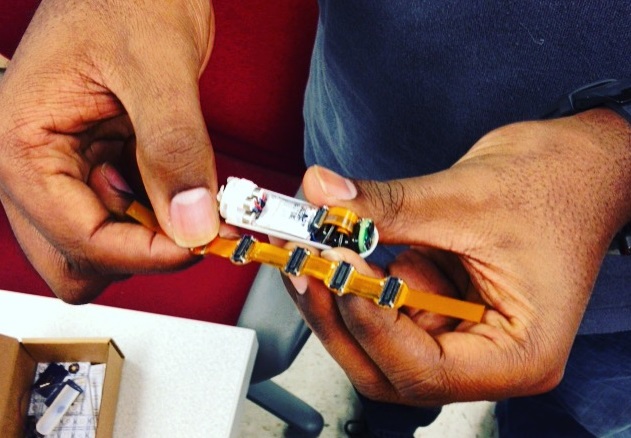 Researchers around the globe who want to customize medical capsule robots won’t have to start from scratch – a team from Vanderbilt University School of Engineering did the preliminary work for them and is ready to share.

Through a website and a paper revealed at a pair of Institute of Electrical and Electronics Engineers (IEEE) conferences, Assistant Professor of Mechanical Engineering Pietro Valdastri, Associate Professor of Computer Engineering Akos Ledeczi and their team made the capsule hardware and software open-source.

The paper, titled “Systematic Design of Medical Capsule Robots,” ran in a special issue of IEEE Design & Test magazine dedicated to cyber-physical systems for medical applications. Within years, Vanderbilt’s capsule robots, made small enough to be swallowed, could be used for preventative screenings and to diagnose and treat a number of internal diseases.

“We’ve done custom capsule design – one for the colon, one for the stomach, another one with a surgical clip to stop bleeding – but we saw we were basically reusing the same components,” said Valdastri, director of Vanderbilt’s Science and Technology of Robotics in Medicine (STORM) Lab. “Like it is with Lego bricks, you can reassemble them for different functions. We wanted to provide the people working in this field with their own Lego bricks for their own capsules.”

Now research groups with hypotheses about how to use the capsules won’t have to redesign boards and interfaces from scratch, which means they can get to the prototyping stage faster.

Medical capsule robots differ from the PillCam, put on the market in 2001, because they can be manipulated to perform internal tasks rather than just passing through the body and recording video.

The paper explains the hardware modules available, which handle computation, wireless communication, power, sensing and actuation. Each is designed to interface easily with new modules contributed from other research groups.

It must work inside the challenging physical environment of the human body, sense its environment and move through it effectively, and then complete tasks such as release a drug, take a tissue sample or deploy a clamp. Finally, it must constantly communicate with a base station through the entire process.

“Our focus is the design environment, not the software per se, with the goal of easing the learning curve for new researchers and engineers who start in this field,” Ledeczi said. “Designing a capsule from scratch requires deep hardware, software and domain expertise.”

By providing a hardware and software component library and the tools to make their composition easy, Vanderbilt opens up the field of medical capsule robots to engineers and scientists who have great ideas but aren’t hardware or software experts, plus makes development costs far more affordable, he said.

Already, the Royal Infirmary of Edinburg in Scotland, Chinese University of Hong Kong, Chonnam National University in South Korea and a number of other institutions have demonstrated an interest in using the technology.