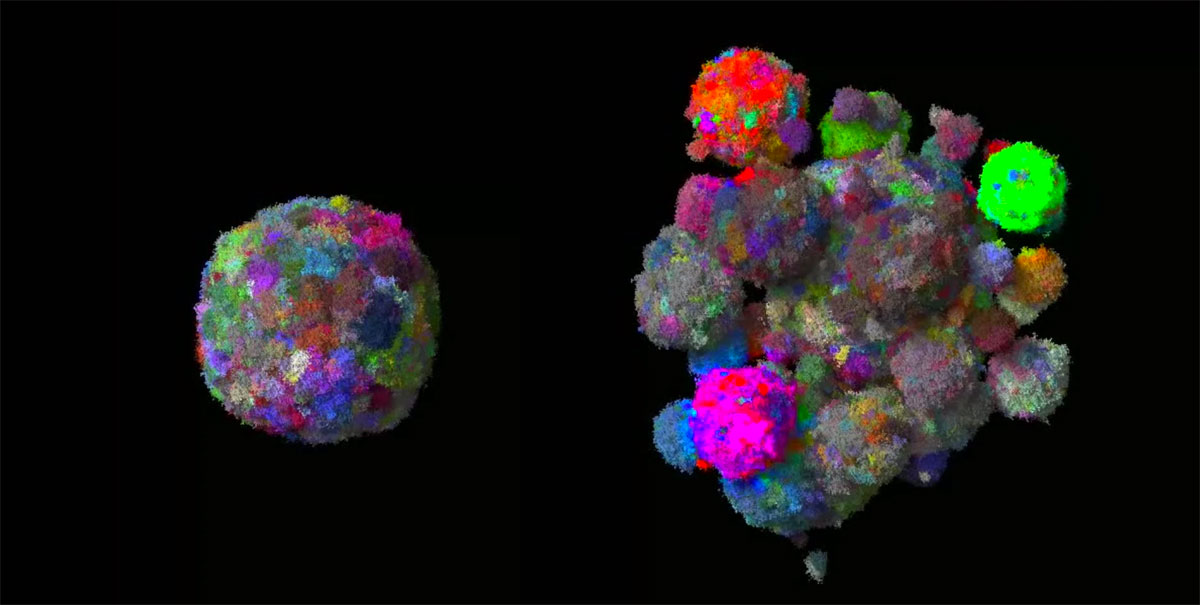 Understanding how cells within tumors respond to drugs is a critical issue in anticancer drug development. In an article published in Cell Chemical Biology researchers from Uppsala University report a new approach to study cancer cells’ reactions to treatments and present how it can be used to find new promising drug combinations.

Much of what we currently know about cancer, both in terms of treatment and underlying molecular mechanisms, has been learned through growing cancer cells in the laboratory. One major limitation of conventional cell culture is that cancer cells are grown in a single ‘two-dimensional’ layer. In such cultures all cells have unlimited access to nutrients and oxygen and they can grow very quickly. In real tumors, where blood vessels grow chaotically, not all of the cells have a steady inflow of nutrients and oxygen. As a consequence, within tumors there are regions where cancer cells are starved and divide slowly or do not divide at all, while managing to stay viable. They also become insensitive to standard chemotherapy, which mainly targets actively dividing cells. After the treatment has ceased, these surviving dormant cells can often resume growth. They are also believed to be one of the major causes of cancer relapse. Thus, there has recently been an increased interest in laboratory cell models that would incorporate not only dividing, but also quiescent cells and that would mimic tumors in patients more accurately. One way of achieving this is growing cancer cells in three dimensions (3D). 3D cultures are essentially small tumors, in which cells have limited supply of oxygen and nutrients. These models could be a useful tool in the hunt for new drugs that are toxic to dormant cancer cells. In the current study, the researchers present a new method that enables them to monitor a gene-expression response to drugs of thousands of 3D cultures in parallel.

‘This kind of in-depth insight into genomic activity after drug treatment enables us to identify processes that dormant cancer cells use in self-defense. Such insights have not yet been obtained from 3D cell cultures at a large scale, so I believe that this new approach will be valuable for the drug discovery field’ says doctoral candidate Wojciech Senkowski.

As an example of discoveries that can be made, the researchers demonstrate that a combination of common antiparasitic drug with a cholesterol-lowering agent is highly toxic to dormant cancer cells.

‘This is an interesting example that shows the potential of the method, but it is important to emphasize that we don’t yet know how the body’s normal cells would react to this drug combination, and therefore extensive studies remain to investigate whether these drugs ever can be combined safely,’ says Associate Professor Mårten Fryknäs.