A cancer treatment can be basically effective but, equally, it may have negative consequences. Hitherto, it has not been possible to determine prior to treatment whether a patient will benefit from standard cancer treatment or not. However, a specific gene, which is frequently mutated in cancer, seems to determine the effectiveness of the treatment. This has now been shown by the research group led by the cancer surgeon Daniela Kandioler of the University Department of Surgery at MedUni Vienna in a large study conducted with colorectal cancer patients. The main finding: the effect of standard chemotherapy was dependent upon whether the TP53 gene in the tumor was mutated or not.

“Mutations in this gene have an extremely positive or extremely negative impact upon the patient’s survival. Our p53Research research group at MedUni Vienna has made a breakthrough with this finding,” said Daniela Kandioler at a press conference held in Vienna today (Thursday). “It will now be possible to use a genetic test to establish which treatments will be effective and which will be harmful for a particular patient.”

Therapy must be matched to the TP 53 gene status 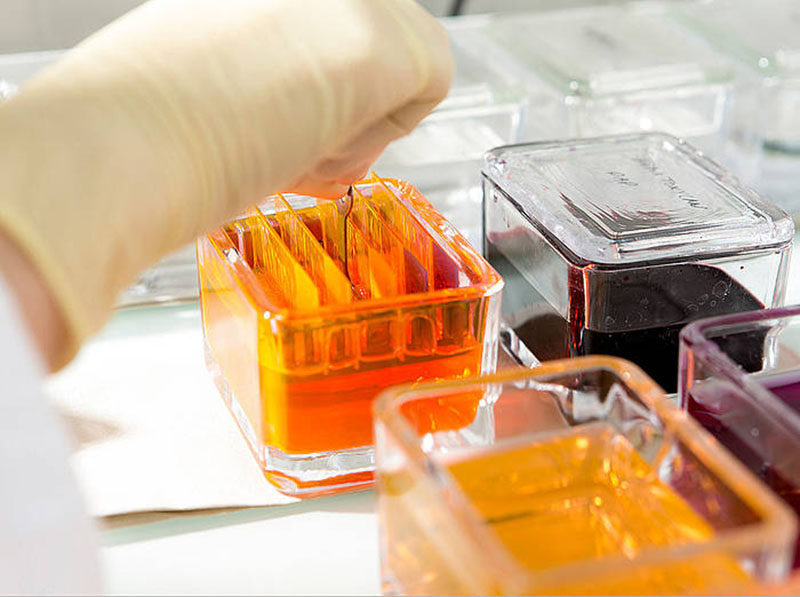 Mutations in the TP53 gene can have harmful consequences. Photo courtesy of the University of Vienna

Over the course of the last 15 years, the p53Research research group has studied more than 1,000 cancer patients with different types of cancer, such as lung cancer, breast cancer, esophageal cancer, liver metastases and colorectal cancer. What they found was that certain commonly used chemotherapies were only effective if the TP53 gene in the tumor was not mutated (i.e. normal). In contrast, other substances seem to be more effective if the TP53 gene is mutated. Where the prescribed chemotherapy was matched to the status of the TP53 gene of the respective tumor, patients were observed to survive for significantly longer. Conversely, if chemotherapy was not matched to the TP53 gene status, the treatment could even be detrimental to the patients’ survival.

“The theoretical possibility that a single gene could be the key in the battle against cancer gave rise to a lot of hype about this gene 25 years ago and this still continues today,” says the MedUni Vienna cancer expert. Nevertheless, various p53 analysis methods have so far produced differing results. Now, however, thanks to a highly sensitive test developed by the Viennese research group, it has been possible to clarify how and under what conditions the TP53 gene determines the survival of cancer patients (MARK53®Analysis).

Results of the study

The impact of the MARK53 result on the effectiveness of conventional chemotherapy treatment using fluorouracil (5-FU) has now been demonstrated in a large-scale clinical study with 400 colorectal cancer patients: where the MARK53 result was normal, patients survived significantly longer than would be expected for patients with an equivalent-stage tumor. On the other hand, if the MARK 53 result was mutated, patient survival was much shorter than expected. Kandioler: “It was also important to discover that the marker is exclusively predictive, that means the marker can predict the effect of a therapy. If no treatment – or ineffective treatment – is being given, no effect will be predicted.”

How does the p53 gene work?

The action of many standard chemotherapy drugs, such as fluorouracil, for example, is based on destroying the genetic information (DNA) of the (cancer) cells. DNA damage is the most powerful activator of the TP53 gene. The TP53 gene codes for a protein weighing 53 kilodaltons (hence the name). One of the functions of the TP53 gene is to ensure that human genetic information is not damaged. For this reason, it is also known as the “Guardian of the Genome”. If p53 detects irreparable DNA damage, it sends the cell into programmed cell death. That all works fine so long as the TP53 gene is normal, that is to say is not mutated. However, in cancer, the TP53 gene is often mutated. TP53 mutations occur with varying frequency in practically all types of cancer. As a general rule, it is safe to assume that every second tumor carries a mutation in the TP53 gene.

“The clinical use of the p53 gene as a biomarker would be the most effective method we currently have to increase the efficiency of cancer treatment and, at the same time, reduce the risk to patients. Because it is crucial to choose the right chemotherapy for the right patient,” explains Daniela Kandioler.