An enormous high tech machine is providing new hope to patients across the country with inoperable tumors. Proton therapy is a precise radiation technique that reduces the side effects often accompanied by traditional treatment options. Thanks to this remarkable technology, a new proton therapy center at UF Health Cancer Center – Orlando Health is saving the eyesight of a new mother who was diagnosed with a tumor behind her eye during her second trimester of pregnancy.

Rhea Birusingh, 37, began experiencing blurry vision and thought it was due to her pregnancy. But when she went to see her ophthalmologist, she was diagnosed with a benign brain tumor located behind her right eye, which was feeding on the same hormones associated with her pregnancy. Because of the tumor’s placement it was deemed inoperable, and without proton therapy, Rhea would face declining memory and loss of her eyesight. 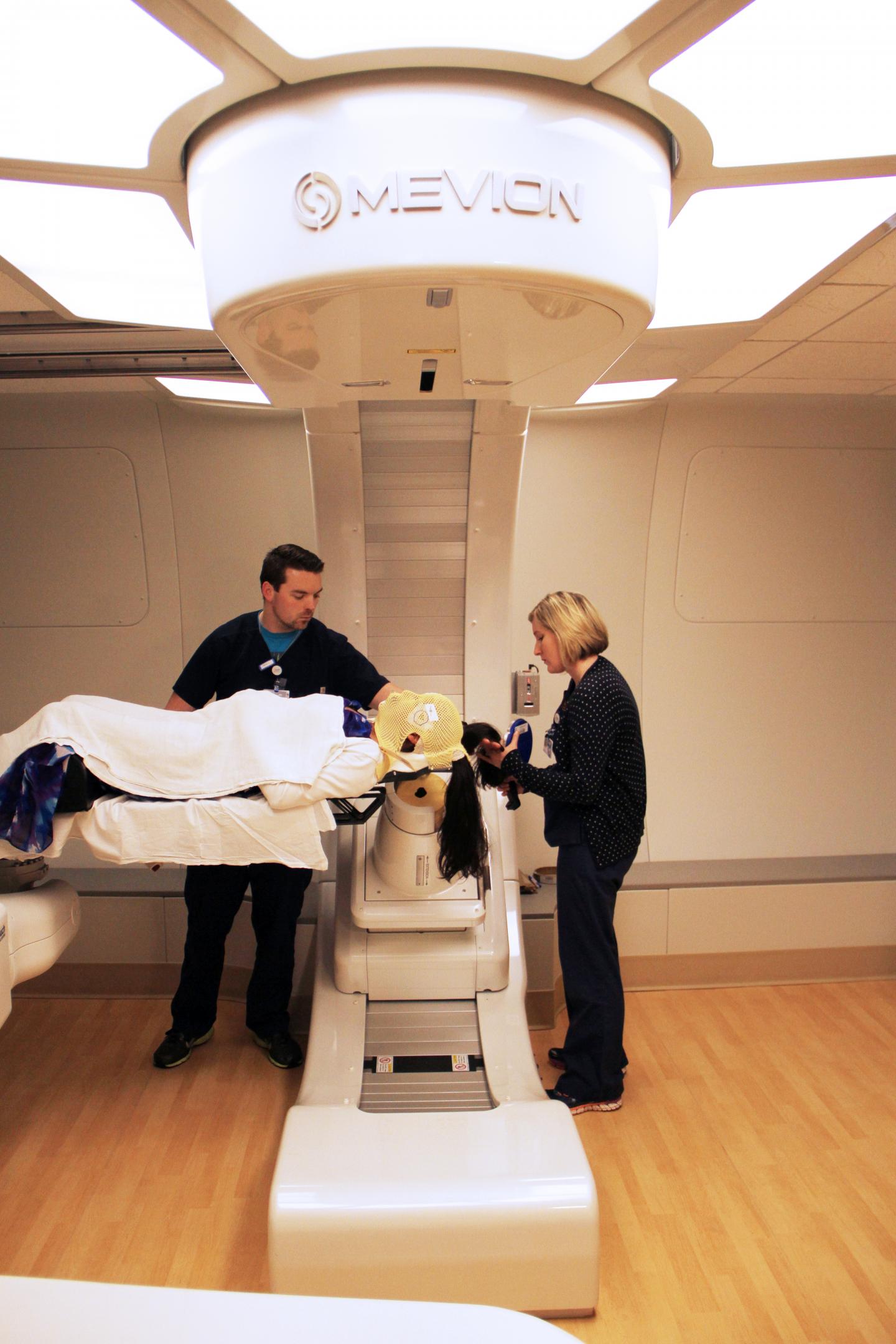 “Unfortunately, even with just one scan, we knew the tumor was in the worst location possible,” said Birusingh.

In order to treat the tumor, Rhea was induced at 34 weeks, and became the first patient to be treated with proton beam therapy at the new Marjorie and Leonard Williams Center for Proton Therapy at Orlando Health. There, doctors used a massive, 3-story, 200,000 pound machine to direct a proton beam into an area of Rhea’s brain less than a millimeter in diameter.

“This machine is extremely powerful and incredibly accurate,” said Dr. Naren Ramakrishna, the director of proton therapy at UF Health Cancer Center – Orlando Health “Proton therapy allowed us to treat Rhea’s tumor successfully while minimizing the dose to the very critical surrounding structures. In her case these structures included areas of the brain, the optic nerves and the pituitary gland.”

Conventional radiation treatments rely on X-rays, which deposit energy as they make their way through the body – at the skin, on the way to the tumor, and then beyond the tumor. This means the areas surrounding the tumor are also being exposed to a significant amount of radiation.

But by using protons doctors have a big advantage.

“With proton treatment, we’re using a fundamentally different form of energy,” said Dr. Ramakrishna. “So, when these positively charged particles enter, they deposit almost all of their dose right inside the tumor. There’s actually little or no dose going beyond the tumor to the surrounding structures, which can be vital.”

Proton therapy is especially beneficial for both adult and pediatric patients with tumors near critical structures like the spine, brain and optic nerve — which can be affected by traditional radiation therapy. By using proton therapy radiation dose can be tailored more precisely than with X-rays, and has a better chance of preserving those critical surrounding areas.

The 15,000 square foot Marjorie and Leonard Williams Center for Proton Therapy at Orlando Health took four years to build and is expected to treat as many as 20 patients a day who have cancers of the brain, spine, prostate, lung, breast, gastrointestinal tract, head and neck, as well as pediatric cancers.