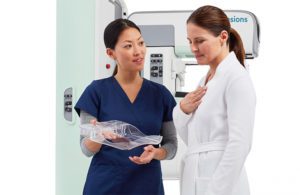 An estimated 1.5 billion women have not been tested in the past year for critical diseases, according to Hologic’s first Global Women’s Health Index.

On behalf of diagnostic maker Hologic, the Gallup World Poll surveyed more than 60,000 women and girls (age 15 and older) across the world to measure action and attitudes about women’s health, focusing on preventive care, opinions of health and safety, emotional health, individual health and basic needs.

Those five factors explain more than 80% of women’s average life expectancy at birth and are used in the Global Women’s Health Index to rank countries and territories, Hologic said in a news release. For example, heart disease is the leading cause of death globally, but only about one in three women are estimated to have had their blood pressure tested in the last 12 months.

“Preventive measures are a crucial first step to combating diseases and infections affecting life expectancy and fertility in women,” Hologic Vice President of Global Medical Affairs Susan Harvey said in the news release. “Failing to ensure women get routine testing for cancers, sexually transmitted diseases and infections, and cardiometabolic diseases can lead to larger complications that would otherwise be preventable if monitored or treated early.”

The worldwide average of the Global Women’s Health Index was a score of 54 out of 100, with preventative care (19 out of 100) trailing well behind the other four factors, which ranked from 68 to 75.

The full rankings and report can be read at Hologic’s website.

Marlborough, Massachusetts-based Hologic (Nasdaq: HOLX) makes and sells medical devices for diagnostics, surgery and imaging. Primarily focused on women’s health, the company has expanded its diagnostic business throughout the COVID-19 pandemic and launched its Project Health Equality earlier this year.