Scientists at Florida Atlantic University’s Harbor Branch Oceanographic Institute found that a deep-water marine sponge collected off of Fort Lauderdale’s coast contains leiodermatolide, a natural product that has the ability to inhibit the growth of cancer cells as well as block cancer cells from dividing using extremely low concentrations of the compound. This work resulted in the award of a patent from the U.S. Patent and Trademark Office protecting the use of the compound against various forms of cancer.

Sea sponges are an ancient group of animals that appeared more than 600 million years ago that have many of the same genes as humans. These scientists are taking advantage of this similarity in human and sponge genomes to isolate marine natural compounds from these organisms to develop medicines useful in the treatment of human diseases such as cancer. The researchers are expanding on their original findings, recently showing that leiodermatolide can reduce pancreatic tumor size in vivo, publishing the results of this study in the International Journal of Cancer (IJC).

In the article in IJC titled “Leiodermatolide, a Novel Marine Natural Product, Has Potent Cytotoxic and Antimitotic Activity Against Cancer Cells, Appears to Affect Microtubule Dynamics, and Exhibits Antitumor Activity,” the researchers more fully define how this marine compound kills the cancer cells, and show that its effects occur not only against cells but that it also has the ability to reduce pancreatic cancer tumor weight.

Lead author Esther Guzmán, Ph.D., associate research professor at FAU Harbor Branch, along with colleagues and co-authors Amy Wright, Ph.D., research professor; Tara Pitts, biological scientist; and Priscilla Winder, Ph.D., research associate; as well as collaborators from Eisai Pharmaceuticals and the University of Central Florida, have been able to show that leiodermatolide induces programmed cell death in pancreatic cancer cells, and inhibits the growth of other cancer cells such as metastatic melanoma, colon cancer, lymphoma, and glioblastoma, a rare and deadly form of brain cancer. 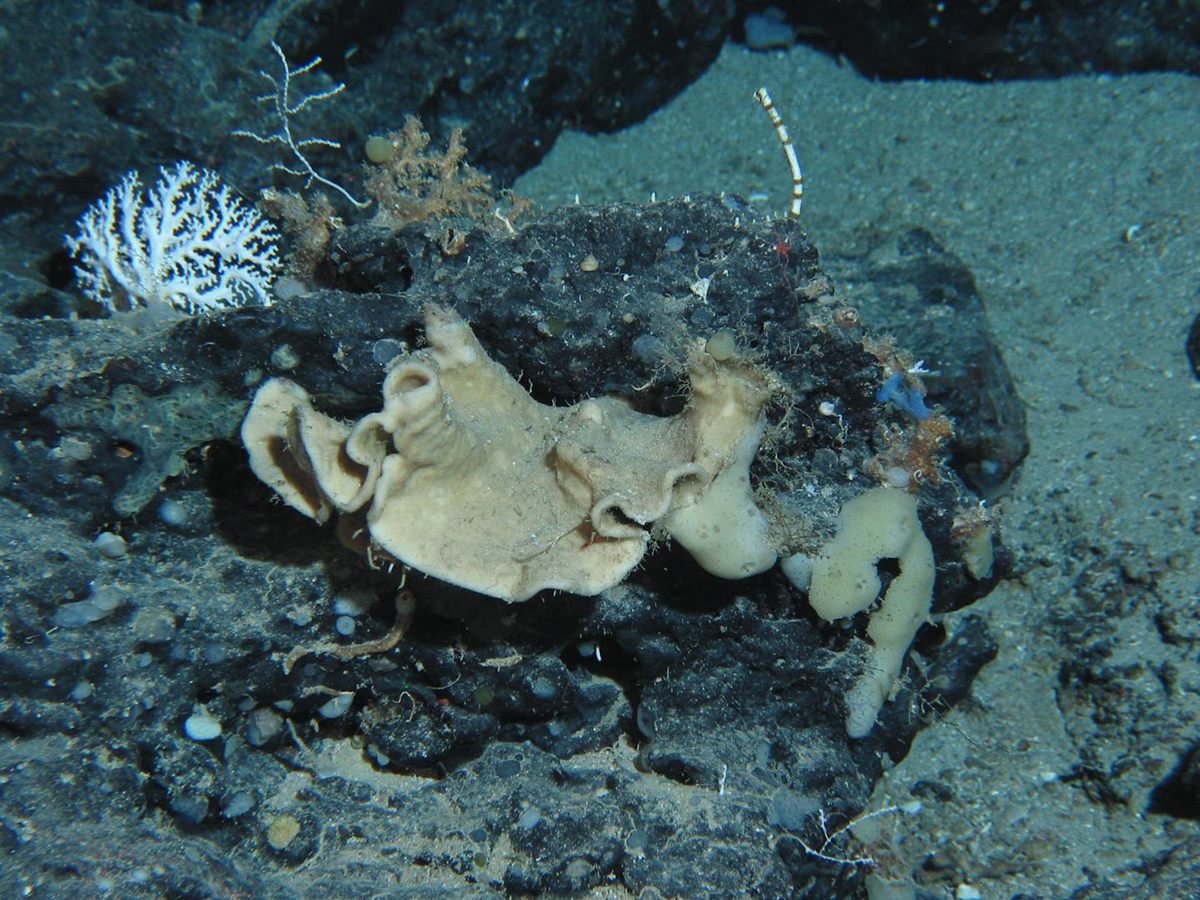 Sea sponges are an ancient group of animals that appeared more than 600 million years ago that have many of the same genes as humans. These scientists are taking advantage of this similarity in human and sponge genomes to isolate marine natural compounds from these organisms to develop medicines useful in the treatment of human diseases such as cancer. (Credit: Florida Atlantic University)

Taxol, a commonly used anti-cancer drug, works by interacting with tubulin and causing its polymerization. Leiodermatolide also interacts with tubulin but appears to affect microtubule dynamics through a unique mechanism of action compared to other microtubule interacting agents. In a mouse model of metastatic pancreatic cancer, leiodermatolide exhibited significant tumor reduction when compared to gemcitabine — the standard of care drug for pancreatic cancer — and controls.

“Given the uniqueness of its mechanism of action, its potency, its selectivity for cancer cells, and its in vivo efficacy, leiodermatolide is an extremely interesting compound that merits further studies to determine its therapeutic potential for addressing some of the most devastating forms of cancer,” Guzmán said.

Natural products, or secondary metabolites, are small, organic molecules produced by organisms. Unlike primary metabolites such as sugars, fats or proteins, these molecules are not essential to sustain life; however, the compounds are thought to confer an evolutionary advantage to the producing organism. For example, if a sponge makes a compound that is toxic to predators or tastes bad, that sponge may be protected from being eaten, and will have an advantage over one that does not produce the compound. In addition to blocking predation, natural products can have many different functions within the producing organism.

FAU Harbor Branch’s drug discovery program, spearheaded by Wright, looks for treatments for pancreatic cancer and infectious diseases, and their scientists also have collaborations with other scientists working on other forms of cancer, malaria, tuberculosis, neurodegenerative disease and inflammation.

“The primary goal of our marine biomedical and biotechnology program is to discover marine natural products with utility as medicines or as tools to better allow us to understand disease processes,” Wright said.