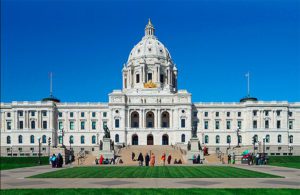 The Minnesota state legislature has reinstated a tax credit that helped 131 health technology companies raise more than $108 million and leverage an additional $372 million in funding from 2013 to 2017.

The angel investment tax credit will be funded at $10 million for each of the tax years 2019 and 2021 to help Minnesota startups compete with companies in Massachusetts and Illinois, which recently established similar credits, according to Minneapolis-based trade group Medical Alley.

The trade group also praised the legislature’s decision to allocate funds for a startup assistance program called Launch Minnesota, the SciTechsperience internship program to strengthen the state’s workforce, and a plan to drive private investment in Duluth through a regional council modeled after Rochester’s Destination Medical Center. The 20-year Destination Medical Center project aims to use $585 million in state and local government infrastructure funds to leverage about $5 billion of private investment in Rochester, which is home to Mayo Clinic.

“With so much at stake, Medical Alley Association sincerely thanks Governor Tim Walz, Representative Melissa Hortman, Senator Paul Gazelka and all of the legislators who helped support provisions of the budget that continue to grow Medical Alley as the global epicenter of health innovation and care,” said Medical Alley president and CEO Shaye Mandle in a news release. “Our team looks forward to working with all of Minnesota’s leaders to ensure that the state’s most vital industry can thrive, bringing good jobs to the state and innovative treatments to patients all over the world.”