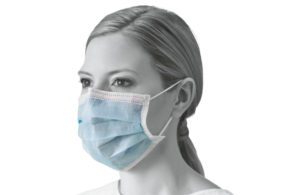 Medline announced today that it will repurpose part of a Georgia factory to produce medical face masks, beginning in January 2021.

The Northfield, Ill.-based company said it is modifying its Lithia Springs, Ga., plant to begin its first North American face mask production, and anticipates launching a second production line launching later in 2021. When the two lines are fully operational, Medline estimates it will produce 36 million face masks per month.

The company also reported that it already has orders for the masks from more than 30 healthcare providers spanning hospital systems, skilled nursing facilities and homecare providers.

“Throughout the pandemic, Medline has been laser-focused on implementing new ideas to combat the national shortage of medical supplies,” said Medline CEO Charlie Mills in a news release. “In particular, our customers have a critical need for readily available face masks. This is a significant capital investment in one of our largest manufacturing facilities that will increase the number of face masks Medline can offer to healthcare facilities and diversifies our PPE supply chain.”

The latest expansion in Georgia was made possible in part by a $6.13 million contract awarded to Medline by the U.S. Department of Defense to increase domestic production capability for face masks. It is also the second U.S. manufacturing expansion by Medline in 2020. In April, the company launched hand sanitizer production at its Hartland, Wis., plant to help meet a nationwide shortage. The company also shifted manufacturing focus in its Meriden, Conn., plant to manufacture alcohol gel packets during the height of the shortages.