The perspective of lifetime drug administration or insulin infusion is, to say the least, demoralising. And it gets worse for those diabetic patients who don’t respond to insulin administration or don’t experience symptoms of hypoglycemia: They are left with either organ or cadaveric pancreatic islet transplantation options, both suffering from a shortage of donors and limited lifespan.

It doesn’t mean that there is no hope. Pancreatic islet transplantation is widely recognised as the most suitable alternative to whole organ transplantation and, should it become more efficient, it could one day be the procedure of choice for many patients worldwide.

As Prof. Matteo Santin, Director of the Centre for Regenerative Medicine and Devices (CRMD) at the University of Brighton, explains, the current islet transplantation method suffers from important limitations: lack of donor availability, unreliable selection process, uneasy transportation and strong immune/host response towards the donor’s islet.

Overcoming these limitations is precisely why Prof. Santin kicked-started research on NEXT – a new approach to bioengineered islet transplantation using nanotechnology – in October 2013. “The NEXT project is the result of the interdisciplinary work done by clinicians, material scientists and biotechnologists that leverages the latest finding in biomimetic nanomaterials,” he explains.

The project ‘s biomaterials developed at the CRMD are one of its most important breakthroughs: they can drive the formation of pseudo-islets through the assembly of pancreatic beta cells and vascular endothelial cells. In previous approaches, biomaterials were solely used to encapsulate isolated pancreatic islets. This resulted in limited protection of the islets from the host response, and poor integration with surrounding host tissue. NEXT solves both problems at the same time.

“Unlike the disordered cell aggregates formed with other methods, our biomaterial makes the biochip respond to hyperglycaemic stimuli with an enhanced production of insulin. Also, it offers an anchorage point for the coupling of the biochip with immunosuppressant proteins,” Prof. Santin explains. Thanks to such coupling, specific biochemical pathways of the immune/host response that would lead to pancreatic islet death under the current treatment can be inhibited, making the use of immunosuppressant drugs known to cause adverse effect to the patient unnecessary.

Initially, the project team aimed to deliver an immunosuppressant peptide directly integrated into their biomaterial. As the results were unsatisfying, a recombinant protein was produced instead, but its relatively large size makes it unfit for integration into the biochip. Prof. Santin points out that the protein still needs to be scaled up at industrially-feasible amounts, and the procedure optimised in dedicated in vivo models.

“The optimisation will need to ascertain the size and number of biochips optimal to reverse diabetes conditions in the chosen animal models and to be expanded to xenogeneic protocols proving that the technology can perform when immune-protected biochips made from other animal species are transplanted. This was not achieved by the partners because of time constraints,” he says.

In the meantime, the partners were able to develop novel methodologies and equipment enabling the successful clinical transplantation of the tissue-engineered biochips: an in vitro model of fibrosis by AvantiCells Science to test pancreatic islets for their propensity to be encapsulated in an unwanted fibrous capsule; a battery-sourced bioreactor by Cellon that can be easily accommodated in ambulances; a comprehensive set of recombinant immunosuppressant proteins; as well as a novel toolkit for DNA modular assembly now marketed as Doulix by Explora.

If all goes as planned, NEXT technology could also expand the current clinical procedure of pancreatic islet transplantation to the use of animal tissues and not only cadaveric specimens. The technology will enable the establishment of cell banks to be used for the production of immunoprotected biochips, thus solving the problem of donor shortage and immune reactions upon transplantation. 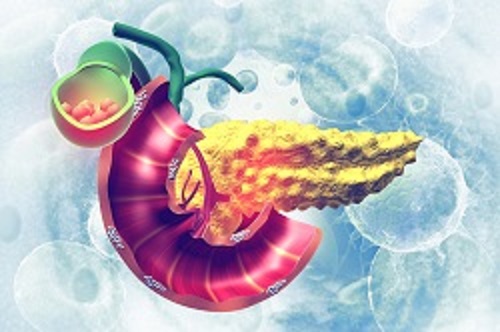