Breast cancer patients in the U.S. will have a new surgical option that eliminates exposure to radioactive materials and offers a less invasive, more flexible alternative for cancer detection. Receiving U.S. Food and Drug Administration (FDA) approval in April and a distribution deal this month, the new device will be used to locate early stage tumors that cannot yet be felt.

Co-invented by University of Houston physicist Audrius Brazdeikis and his collaborators at the University College of London, the Sentimag technology platform is a magnetic surgical guidance probe used with nanoparticle tracers and other magnetic devices to more safely and easily determine the spread of cancer. Its first introduction commercially in the U.S. will be its use with an implantable magnetic lesion marker, called Magseed, that easily guides surgeons to cancerous lesions. The Sentimag+Magseed combination serves as a replacement for procedures involving surgical wire needles and radioactive seeds, which are the two standards of care currently in practice for finding a breast tumor in advance of a lumpectomy.

Receiving 510(k) clearance from the FDA in April, the Sentimag+Magseed breast cancer diagnostic system can now be marketed stateside. Thanks to the distribution deal unveiled this month between Devicor Medical Products and Endomag, a UH spinoff medical devices company co-founded by Brazdeikis, the technology will be immediately available for use here in the U.S. Devicor Medical Products, a division of Leica Biosystems, will be the exclusive distributor of Sentimag in the U.S. and Canada.

As breast cancer screening programs have advanced, tumors are now detected much earlier, so they are smaller, less defined and harder to feel. In fact, 50 percent of all breast tumors cannot be felt at diagnosis. Since these small tumors are often impalpable, they are difficult for surgeons to locate during a lumpectomy.

“Magseed is designed to guide surgeons using Sentimag to locate impalpable tumors for biopsy and has many advantages over wire and radioactive seed localization,” Brazdeikis said. “Radiologists can place the Magseed magnetic markers up to 30 days in advance of surgery using X-ray or ultrasound guidance. This offers scheduling flexibility for surgeons and radiologists, as well as for patients, compared to wire-guided localization.”

Traditional guide wires, which are inserted by a radiologist in a separate procedure prior to a patient’s lumpectomy, protrude from a patient’s breast, leading to potential discomfort and restricting the patient to the hospital. More critically, the protruding guide wires risk movement prior to surgery, requiring follow-up surgery in up to 55 percent of lumpectomy procedures. Conversely, Magseed is similar in size to a grain of rice and placed within the tumor, allowing the possibility for patients to return home before their operations. During the lumpectomy, the Magseed magnetic marker is located using audio-visual cues from the Sentimag device. 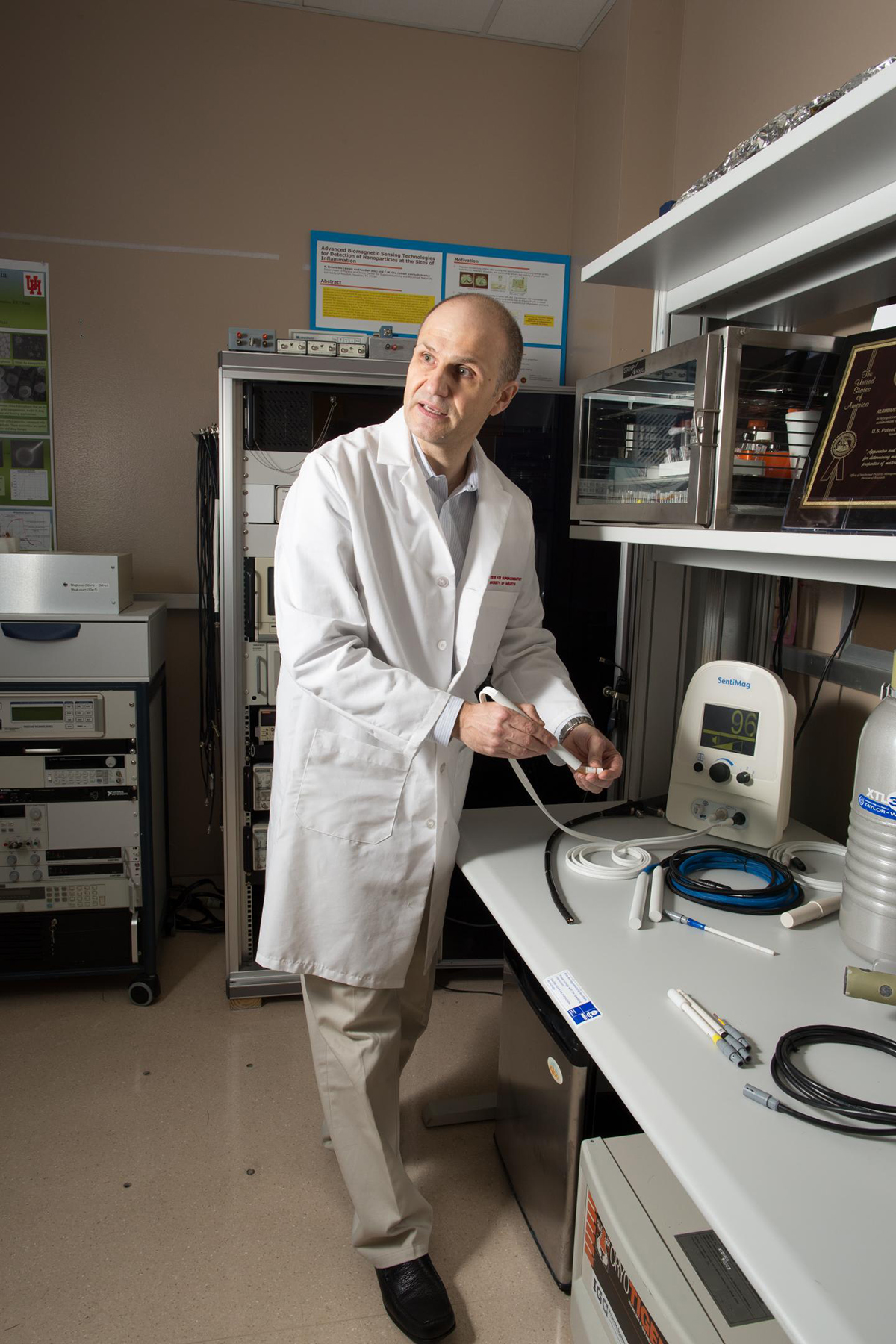 Prior to its approval for use in the U.S., Sentimag received its European conformity (CE) mark in 2010 for use in Europe and has been used in more than 14,000 breast cancer procedures across Europe with another Endomag product, the Sienna magnetic nanoparticle tracer. The Sentimag+Sienna combination, used as part of the sentinel lymph node biopsy procedure for breast cancer staging, completed a multicenter clinical trial with 160 subjects in the U.S. earlier this year at six medical centers in Texas, Pennsylvania and California.

The Sienna was the first magnetically detected lymphatic mapping agent to be trialed in the U.S. under an Investigational Device Exemption. The results of the trial are being used for a Premarket Approval (PMA) submission, which is the most stringent type of device marketing application required by the FDA. Brazdeikis estimates it will take 12 to 18 months for Sienna to receive regulatory approval under the stricter PMA guidelines.

Brazdeikis, who heads the Biomedical Imaging Group at the Texas Center for Superconductivity at UH, co-founded Endomag with his colleagues at the University College of London, physics professor Quentin Pankhurst and systems engineer Simon Hattersley, to bring their technology to the marketplace. Their Sentimag invention is the foundation of these new surgical options. As the world’s most sensitive handheld magnetic probe, Sentimag is capable of detecting minute quantities of magnetic material in the body to guide surgeons, using Magseed in lumpectomies and Sienna in sentinel lymph node biopsies to locate the first lymph node to which a tumor’s metastasizing cancer cells drain.

“Our partnership with Devicor Medical Products, a leader in breast cancer care, strengthens our ability to support the entire U.S. and Canadian market,” said Eric Mayes, CEO of Endomag. “And our continued research collaboration with Professor Brazdeikis and UH, as well as clinical research collaborations with M.D. Anderson Cancer Center, means that Texas remains essential to our success as we grow our business in the U.S.”