Researchers have developed new technology for decoding neuromuscular signals to control powered, prosthetic wrists and hands. The work relies on computer models that closely mimic the behavior of the natural structures in the forearm, wrist and hand. The technology could also be used to develop new computer interface devices for applications such as gaming and computer-aided design (CAD).

The technology has worked well in early testing but has not yet entered clinical trials – making it years away from commercial availability. The work was led by researchers in the joint biomedical engineering program at North Carolina State University and the University of North Carolina at Chapel Hill.

Current state-of-the-art prosthetics rely on machine learning to create a “pattern recognition” approach to prosthesis control. This approach requires users to “teach” the device to recognize specific patterns of muscle activity and translate them into commands – such as opening or closing a prosthetic hand. 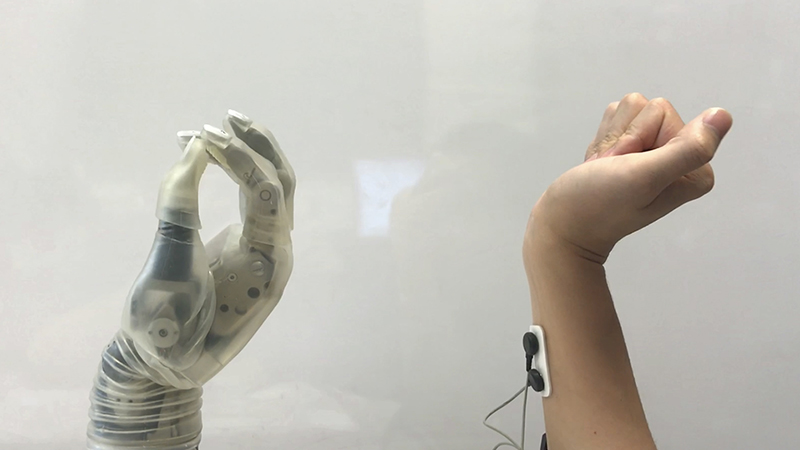 For the rest of the story and to view the video, click here.