A simple device created by Rice University engineering students may shield young children from much of the pain of having a stent removed after a urinary tract procedure.

Their invention, the Ureteral Stent Electromagnetic Removal Bead, is part of a stent inserted into the ureter, the duct that allows urine to pass from the kidney to the bladder. The stent keeps the passageway open after a pyeloplasty procedure to remove an obstruction.

Removing the stent after four weeks of healing typically involves inserting an endoscope into the urethra and bladder to locate the stent and pull it, an invasive procedure for which children are placed under anesthesia.

The students who call themselves Rice Outstenting were asked by Dr. Chester Koh at Texas Children’s Hospital to find a way to simplify this procedure, which is currently performed on more than 2,000 pediatric patients nationwide each year. They came up with the combination of a small, coated bead of highly magnetic neodymium and a powerful electromagnet. The bead can pass safely through the urethra as the magnet pulls it out of the body, followed by the stent.

The advantages are clear: There’s less pain and it costs two-thirds less than the standard procedure because it doesn’t require anesthesia and can be completed in minutes rather than hours. 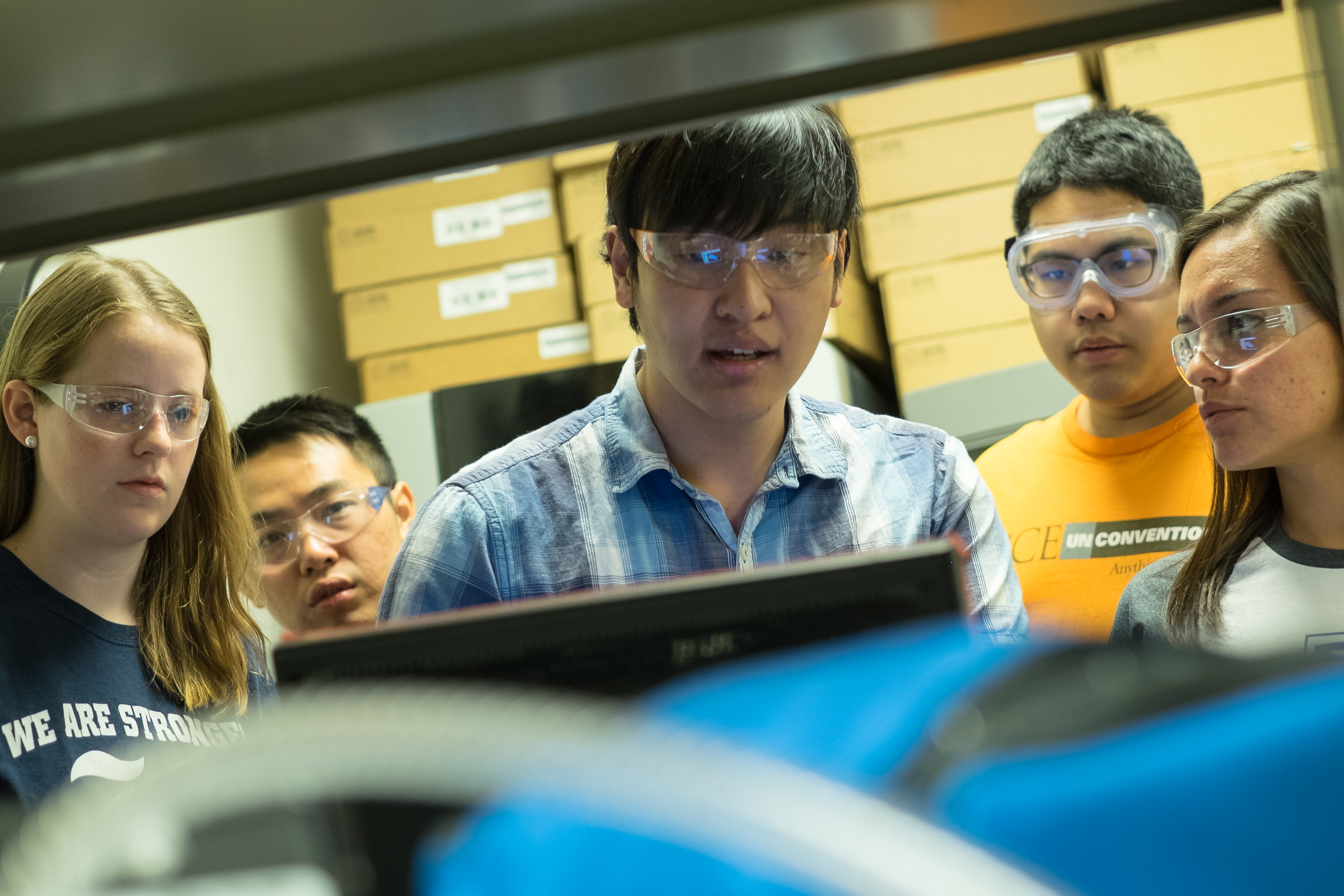 “The stent is implanted after surgery in this area because if you don’t put something inside to keep the channel open, the ureter will try to close in on itself,” said team member Allen Zhao. While the procedure is now done in a minimally invasive manner with robotic surgery, “in the past it was much more invasive, when they would just open up the child completely,” he said.

Their device won two significant awards this month: a top $5,000 prize at Rice University’s annual Engineering Design Showcase and the grand prize for student design at the annual Design of Medical Devices Conference in Minneapolis. 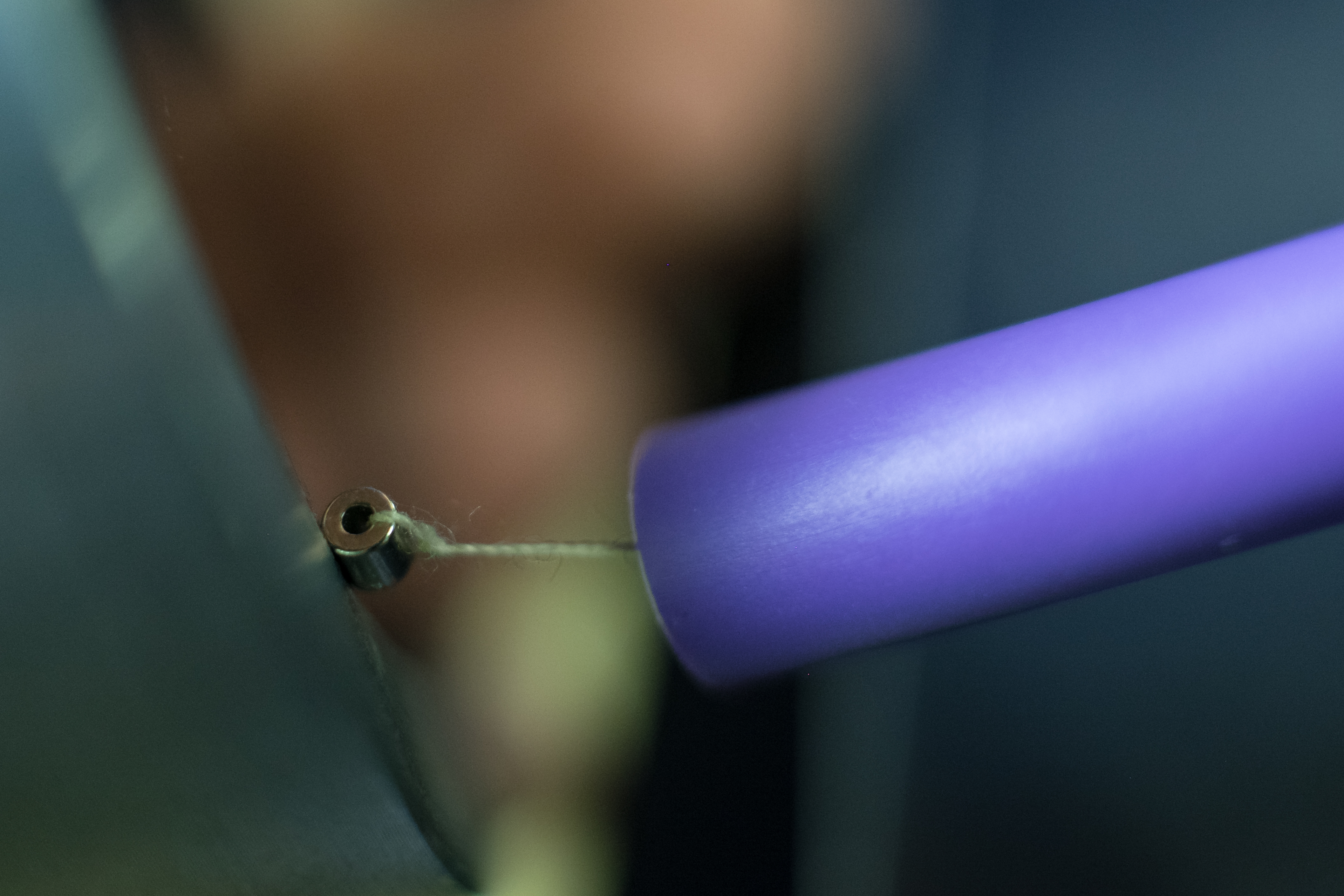 Rice University engineering students used a highly magnetic bead and a strong electromagnet in their method to remove ureteral stents from children. The method was developed in collaboration with Texas Children’s Hospital.

The students, who were advised by Rice bioengineering lecturers Eric Richardson and Matthew Elliott, took on the project at the request of Koh, a surgeon in the Division of Pediatric Urology at Texas Children’s and Baylor College of Medicine and a member of several groups that focus on pediatric devices. “A lot of devices are designed for adults, and Dr. Koh is one of the movers trying to develop more devices that are designed for children,” Yin said.

He said Koh challenged them to look at the procedure with a fresh eye. The students briefly considered designing a stent that would dissolve over time, but decided the magnetic attachment would be far simpler and less prone to complications.

The stent itself is identical to those used currently. It’s a flexible plastic tube with curls at each end that sit in the kidney and bladder and help keep it in place. In adults, a string from the bladder end is usually run outside the body through the urethra. After four weeks, a doctor pulls it free. 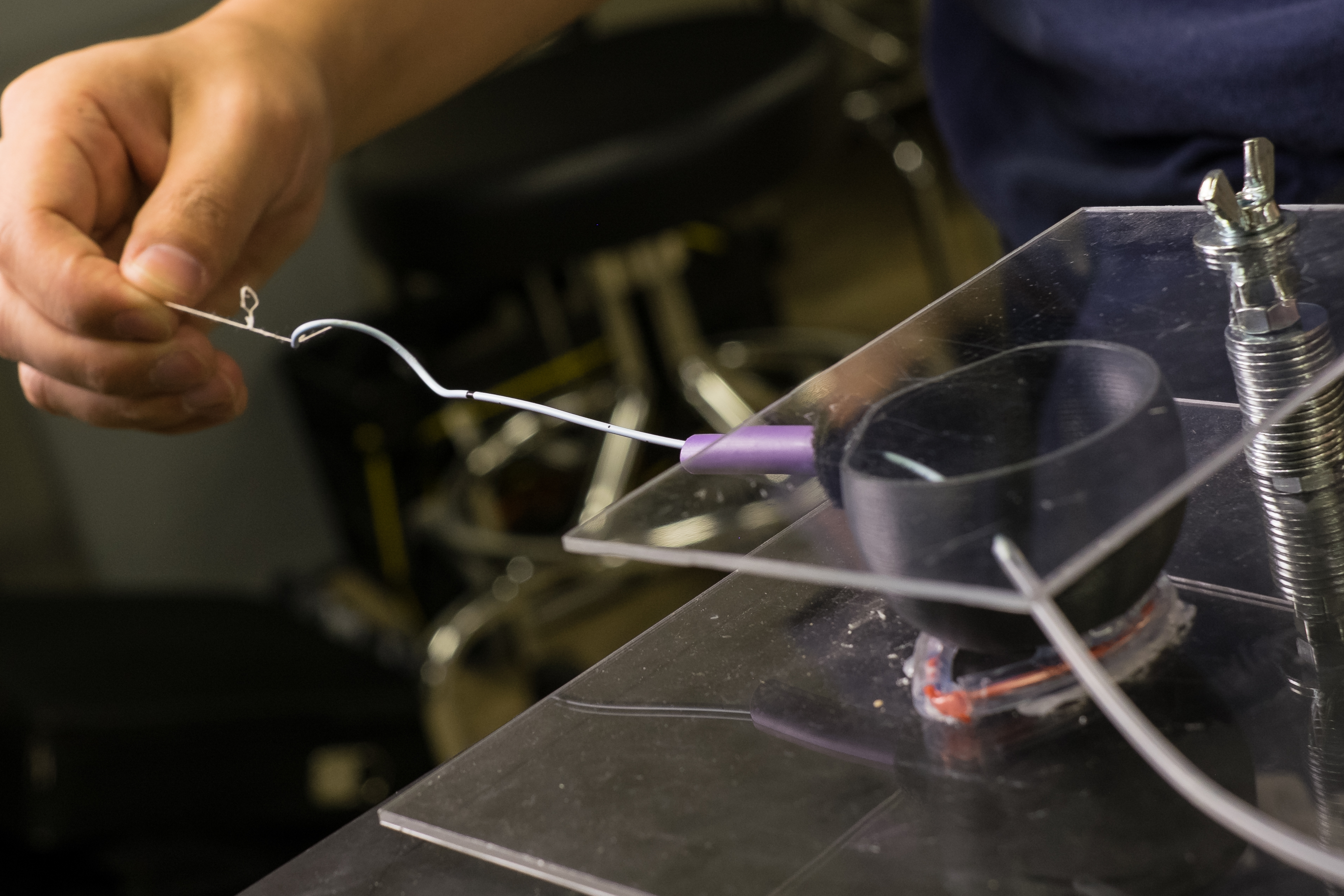 Rice University student John Chen pulls a magnet attached to a stent from a test device. Chen and his Rice engineering teammates developed a method to remove ureteral stents from children that would eliminate the need for anesthesia.

But in children, “most times, the string is cut off because the doctor doesn’t want anything hanging out of the child that might lead to an infection or accidental removal,” Yin said. “We’re leaving the string in but clipping it to the appropriate length, for the size of the bladder, at the surgeon’s discretion, and tying our bead to the end of it.”

The second part of the system is the custom-built electromagnet with a plastic enclosure the team designed and 3D printed at Rice’s Oshman Engineering Design Kitchen. “It has 19 layers, 125 turns of enameled copper wire,” Yin said. “Once it’s turned on, we bring it up close (to the patient) and draw the bead out through the urethra.”

“With a couple of tweaks to the magnet power, we could access the adult market as well,” Pinillos said.

The project will move forward as a Rice-Texas Children’s collaboration led by Koh. “They’ll continue to make modifications and continue the project on its medical device development pathway,” Watkins said. 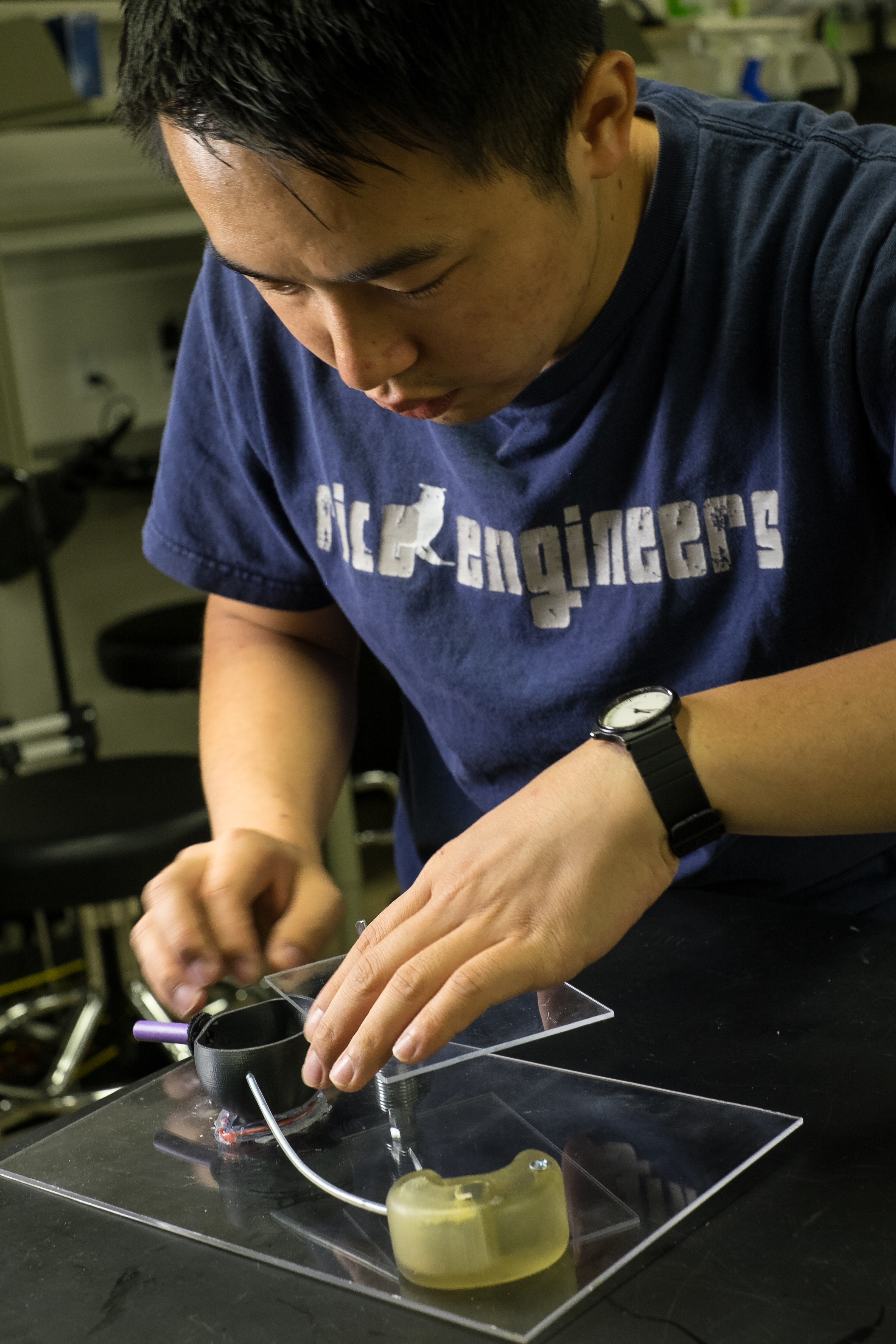 Engineering student John Chen reloads a test rig to demonstrate a method developed by Rice University students that uses a strong, tiny magnetic bead to help remove a ureteral stent from a child.

Without a hint of irony — given that carbon buckyballs were a Nobel Prize-winning discovery at Rice — Yin mentioned the material in the bead is identical to that used in the now-banned desk toy also known as Buckyballs. Those were small, powerful magnets that, if ingested in multiples, could cause severe internal injuries.

Fortunately for the Rice team’s purposes, one small magnet is enough to make a big difference.