Nanoscale fluorescent probes that switch on in the presence of cancer cells helped surgeons remove tumours in mice without harming healthy tissue, according to a study published Monday.

The potentially breakthrough technology works for all kinds of cancers, the researchers told AFP, and are set to tested in humans early next year.

The results were published in the peer-reviewed journal Nature Biomedical Engineering.

In experiments, microscopic probes were injected into mice with cancerous tumours.

A built-in “switch” illuminates the probes when they come into contact with cancer cell. 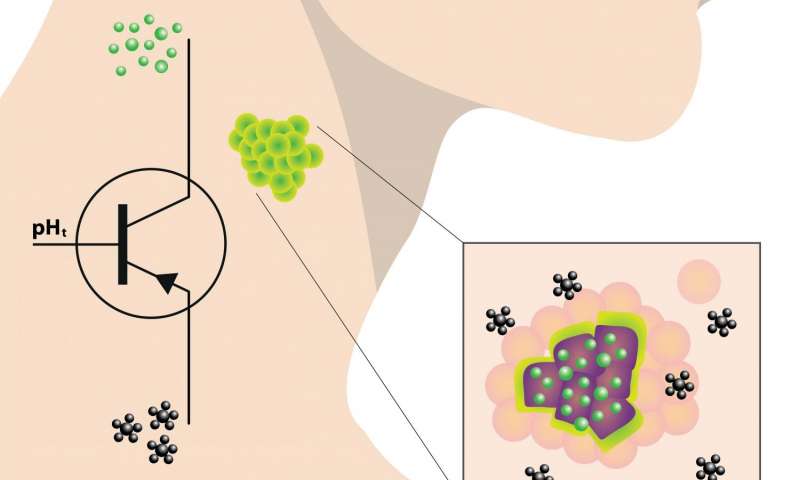 “It turns out that human cancers are slightly more acidic that normal tissue and this is what we are taking advantage of,” said co-author Baran Sumer, a surgeon at the University of Texas Southwestern Medical Center.

For many cancers, surgery is the primary option for treatment.

But making sure that no cancer cells are left during an operation—and avoiding the removal of healthy tissue—remains a huge challenge.

Current imaging techniques are not sensitive enough to always distinguish between cancerous and non-cancerous cells.

The new technique uses a clinically approved fluorescent dye that is compatible with standard cameras used in operating theatres around the world.

Like a transistor, which switches on when voltage rises above a given threshold, the nano-probes light up only in the presence of acidic pH.

When used to remove head and neck tumours from mice, the surgeons found the devices gave them “unprecedented specificity and sensitivity”.

The synthetic probes lit up tumour nodules less than 1 millimetre in diameter.

“This provides surgeons with a clear picture of the tumour boundaries during surgery,” said Sumer.

Up to now, this has not been possible with the same degree of precision because the on/off “switching” behaviour is unique to nanoscale technology, which is measured in billionths of a metres.

“The manufacturing of the nano-probes is relatively straightforward and should be inexpensive,” Sumer said.

“There is no reason why is should not work in humans.”