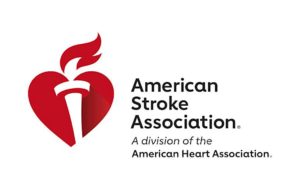 The mechanical removal of blood clots causing stroke is increasing, but racial differences in the treatment persist, according to data presented at the American Stroke Association’s International Stroke Conference 2021.

Mechanical clot removal, or endovascular therapy, is a non-surgical method of removing a blood clot that was found effective in treating stroke caused by a blockage in a large blood vessel (ischemic stroke). Guidelines were updated by the American Heart Association in 2018 to recommend endovascular therapy to improve the odds that certain stroke patients could have functional recovery.

The study showed that between April 2012 and June 2019, 14% of 302,965 potentially eligible patients received endovascular therapy and, in all groups, the therapy increased over the course of the study. However, Black patients were 32% less likely to receive endovascular therapy before 2015 and remained 17% less likely to receive it after 2015 when compared to non-Hispanic white patients.

“It is reassuring that the treatment gap for Black patients has narrowed since 2015, yet it remains significant and is concerning. The most surprising finding was the discrepancy between short- and long-term outcomes in non-Hispanic white patients versus the patients in other race and ethnicity groups,” study lead author Dr. Faheem G. Sheriff, assistant professor of neurology at Texas Tech University Health Science Center of El Paso, Texas, said in a news release “There is a lot of work that remains in terms of figuring out the root causes for these differences and how best to improve equitable access and care for all patients.

“Once these root causes are identified, we can focus on formulating an action plan to reduce these differences, for both access to endovascular therapy and recovery afterward, particularly post-discharge care.”