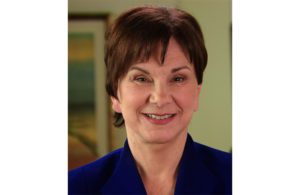 FDA veteran Dr. Janet Woodcock has been tapped as interim FDA commissioner by the Biden administration, according to published reports.

An article by BioCentury also said that former FDA commissioner David Kessler, who had been mentioned as a possible replacement for current commissioner Stephen Hahn, will be a consultant to the agency but will not serve as its head. Another former FDA official, Joshua Sharfstein, remains in the running for the commissioner’s slot, according to BioCentury.

Woodcock, 72, had led the FDA’s Center for Drug Evaluation and Research from 2008 until May 2020, when she became head of therapeutics for Operation Warp Speed. She joined the FDA in 1986.

“Dr. Woodcock’s distinguished career and leadership at FDA for more than a decade make her perfectly suited to help ensure a smooth transition to its next commissioner,” said AdvaMed president & CEO Scott Whitaker. “We look forward to working with her, as well as with the next FDA commissioner.”

Woodcock previously served as FDA’s deputy commissioner and chief medical officer and also led CDER as director from 1994–2005. Prior to joining CDER, Dr. Woodcock oversaw the approval of the first biotechnology-based treatments for multiple sclerosis and cystic fibrosis in her position as director of the Office of Therapeutics Research and Review in FDA’s Center for Biologics Evaluation and Research (CBER), according to her FDA biography.

Sworn in on Dec. 17, 2019, Hahn is President Donald Trump’s second FDA commissioner after the resignation of Scott Gottlieb, who served from May  2017 to April 2019.

This article has been updated with comments from AdvaMed.