Scientists at Children’s Hospital Los Angeles have developed a tissue-engineered model of lung and trachea which contains the diverse cell types present in the human respiratory tract. The study, led by principal investigator Tracy Grikscheit, MD, a pediatric surgeon and scientist at The Saban Research Institute of CHLA, was published this week in the online version of the journal Tissue Engineering.

Lung disease causes more than 200,000 deaths annually in the United States. Although the lung is generally considered slow to respond to disease and injury, it does undergo regenerative processes, most of which are not fully understood. Building an understanding of these processes might lead to harnessing these innate mechanisms to help damaged lungs repair. A first step is a proper three-dimensional model in which the disease process can be studied. 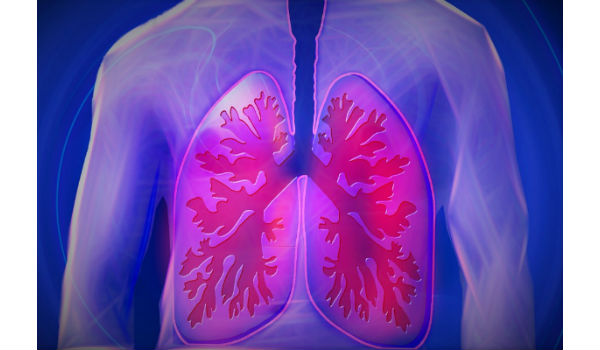 Previously, Grikscheit’s lab developed tissue-engineered small intestine (TESI) and showed that this regenerated tissue was functional and contained all of the key components of the native tissue. The Grikscheit lab employed a similar strategy to recapitulate the human lung and trachea, transplanting stem and progenitor cells on biodegradable polymer scaffolds. The tissue that grows from this strategy is termed tissue-engineered lung or TELu.

Transplanting regionally specific lung tissue (proximal or distal) from mice and humans generates TELu with typical location-specific tissue markers such as particular alveolar or air sac cells in the distal TELu or tracheal epithelial cells organized with cartilage and ciliated appendages for proximal lung. TEtrach, or tissue-engineered trachea, grew from the most proximal cells.

“We think that understanding lung regeneration in this model will allow several steps forward,” said Grikscheit, who is also a tenured associate professor of Surgery at the Keck School of Medicine of the University of Southern California. “For example, advanced stages of disease can be studied with TELu that would be impossible to fully understand in our patients. Likewise,we can more quickly apply many more therapies in this model in order to – hopefully – deliver future human therapies.”