Spirox, Inc., a company committed to transforming treatment of nasal obstruction, announced positive results from a prospective, multi-center study of the LATERA Absorbable Nasal Implant. The study showed that the device provides a significant reduction in nasal obstruction symptoms in patients with nasal valve collapse—an important, but often overlooked, cause of nasal obstruction—and that early improvements were maintained through one year.

The results were selected for presentation as one of the 10 “Best of Orals” sessions, out of 700 submissions, at the 2016 Annual Meeting of the American Academy of Otolaryngology-Head and Neck Surgery.

“Nasal valve collapse has historically been underdiagnosed, as the limited number of options that physicians have to support the lateral cartilage are generally invasive and have the potential to permanently alter appearance,” said Dr. med. Marion San Nicoló, one of the study’s principal investigators. “I am excited that we now have a minimally invasive technology that enables us to effectively and safely support patients’ lateral cartilage and help improve their breathing. Many of my patients felt immediate relief from the implant and no patients had negative cosmetic changes.” 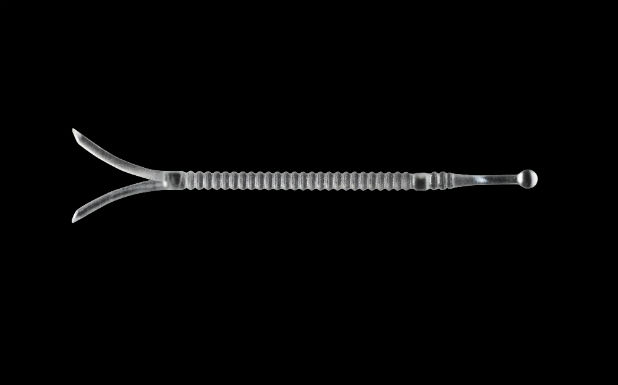 In the study, LATERA showed significant quality-of-life improvement through one year, using the NOSE score, for nasal obstruction patients with lateral cartilage weakness resulting in nasal valve collapse.1 Improvements included less nasal blockage or obstruction, less trouble breathing through the nose while at rest or during exercise, and less trouble sleeping.

Patients experienced a reduction in nasal obstruction symptoms of 53.1 percent at one year—in the range of other nasal obstruction treatments—without negative cosmetic effects.2 All procedures resulted in successful acute implant placement to the target locations and three post-procedure device retrievals were reported. Risks included temporary symptoms such as mild bruising and inflammation, awareness of the implant, and mild pain or irritation. Other risks related to the LATERA implant included discomfort, infection and reaction to material.

“We are pleased to see a significant reduction in nasal obstruction symptoms maintained at one year,” said Spirox Chief Medical Officer Don Gonzales, M.D. “Now that LATERA has been proven to effectively support lateral cartilage in patients with nasal valve collapse, physicians using the technology in the U.S. have told us that they are excited to have a more complete toolkit for the treatment of their nasal obstruction patients.”

Nasal airway obstruction can be caused by several factors, including septal deviation, enlarged turbinates, and weakened upper and/or lower lateral nasal wall cartilage leading to nasal valve collapse. The nasal valve contributes as much as 80 percent of total nasal airway resistance3, and even minor constriction of this area results in a clinically significant impairment of nasal breathing for the patient.4 Nasal valvular incompetence may equal or even exceed septal deviation as the prime cause of nasal airway obstruction.5

LATERA is an absorbable polymer implant indicated for supporting the upper and lower lateral nasal cartilage. The minimally invasive technology is intuitive and can be delivered by otolaryngologists (ENTs) or plastic surgeons. For more information about the LATERA device including the indications for use, contraindications and warnings: LATERA IFU at http://www.spiroxmed.com/.

Spirox is committed to improving the quality of life for patients suffering from nasal obstruction. The Menlo Park, CA-based company’s first product—the LATERA Absorbable Nasal Implant—is designed to address one of the most common, yet underdiagnosed, causes of nasal obstruction today, nasal valve collapse caused by weakened lateral wall cartilage. For more information: www.spiroxmed.com. LATERA is available in the U.S. only.

1 Data on file from a 30-patient Spirox sponsored clinical study conducted in Germany in patients with nasal valve collapse as a primary or significant contributor to their nasal airway obstruction symptoms. Patients were 60 percent female, aged 24-77, 93 percent Caucasian. Study follow-up is ongoing. https://clinicaltrials.gov/ct2/show/NCT02188589?term=spirox