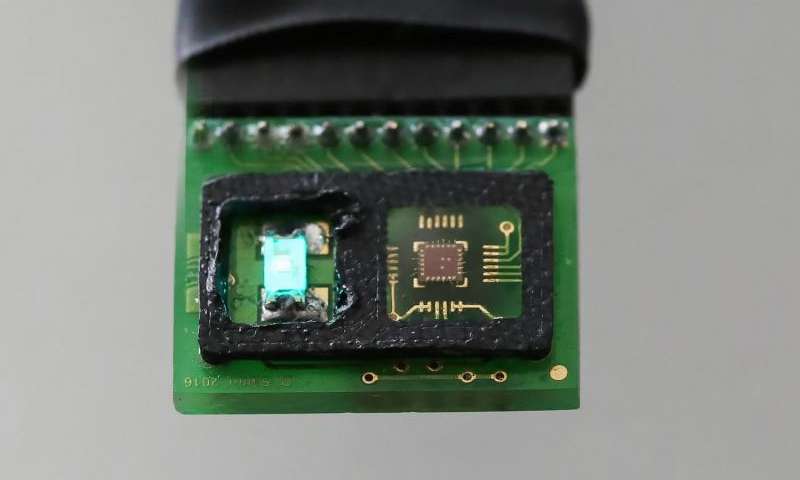 Nearly 80 percent of the battery power in smartwatches is used up by the heart-rate monitor. But a new generation of sensors developed by EPFL startup ActLight consumes five times less energy. They have been tested and calibrated, and are now ready to be mass-produced for use in new models.

The smartwatch market is booming. According to the International Data Corporation, nearly 50 million smartwatches were sold worldwide in 2016, and this number is expected to grow to 150 million by 2021. The ever-growing range of features – such as a step counter, altimeter and GPS – requires sensors with varying energy needs. The most power-hungry function – the heart-rate monitor – devours almost 80 percent of battery power.

But a new generation of sensors developed by ActLight, a startup based in EPFL Innovation Park, can measure the wearer’s pulse with the same precision while consuming only one-fifth of the energy. These sensors have been tested by Maher Kayal’s laboratory as part of a CTI (Commission for Technology and Innovation) project and are now ready to be used in smartwatches. “The longer battery life certainly makes things easier for the user, but it also offers major savings in terms of electricity consumption,” says Kayal. Thanks to this breakthrough, ActLight was named one of the best Swiss cleantech startups in 2015.

Time as a signal

The secret behind the energy-saving sensors lies in signal processing. In order to grasp how the company’s unique “dynamic photodiode” sensor works, we must first understand how sensors in most smartwatches currently work: Two diodes located on the back of the device – nestled against the wrist – emit light that penetrates the upper layers of the skin, and blood flow determines how much light is reflected back. A sensor placed between the diodes detects these light waves and transforms the information into electrical current, which is then translated into the pulse displayed on the watch.

Instead of converting the light into a current and then measuring the current’s amplitude, ActLight’s dynamic photodiode sensors turn the current back into light. The sensors use the pulse of light to identify the moment at which the current is triggered. The result is a small reduction in energy consumption with every heartbeat, but repeated more than 50,000 times per day it adds up to considerable energy savings.

ActLight is in talks with major semiconductor makers and is about to sell the rights to mass produce its innovative sensors. The new sensors are also attractive in terms of cost savings: “They are less expensive to produce because they do not require as much silicon for the same level of manufacturing,” says Sergei Okhonin, the company’s CEO. Numerous other applications are also being targeted, such as gesture control for video gamers, as well as and use in solar cells and data transfer.