For individuals with hearing loss, putting on subtitles when watching television comes with ease. However, what about when they want to see a play or musical? Getting subtitles in real-time at plays was never an option, until UK’s National Theatre partnered with Accenture who developed a service allowing hard-of-hearing audience members to see dialog with Epson smartglasses.

After a year of audience testing, the captioning smartglasses for performances have been released to the public and can be booked at all three National Theatre venues in London, according to New Atlas.

The system consists of Open Access Smart Capture technology, which uses custom voice-following software to keep track of where the show is in the script. It also utilizes Epson’s Moverio BT-350 smartglasses, which displays a synced transcript of the dialog directly onto the lenses. Before the show starts, the user can choose the typeface size, color and position. Eventually, they plan to use the software so the system can be used for live captioning and opening the door for drama workshops.

The smartglasses are expected to become part of the provision services offered by the National Theatre, such as audio described performances, pre-show touch tours, BSL-signed productions and an IR audio loop system.

“The NT is continually improving how our audiences access our work,” said The National Theatre’s Lisa Burger. “The development of the smart caption glasses is an important step towards giving people a better service, with the freedom and choice around when and how they come to the theater, and I look forward to seeing the impact the glasses will have, not only at the NT, but in the entertainment industry more widely.”

The next phase of its test program will occur next year when NT collaborates with the Leeds Playhouse for the productions of Hamlet, Around the World in 80 Days and Be My Baby. The system will also be used during a tour of Macbeth throughout the UK and Ireland. 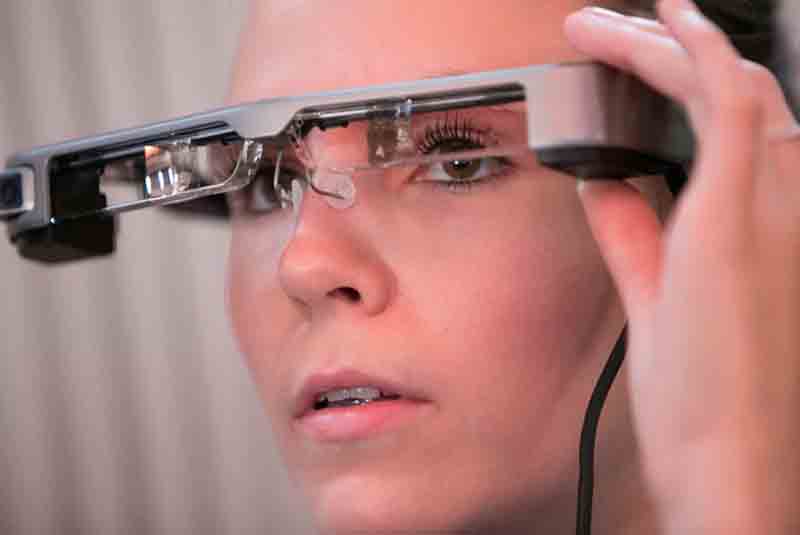