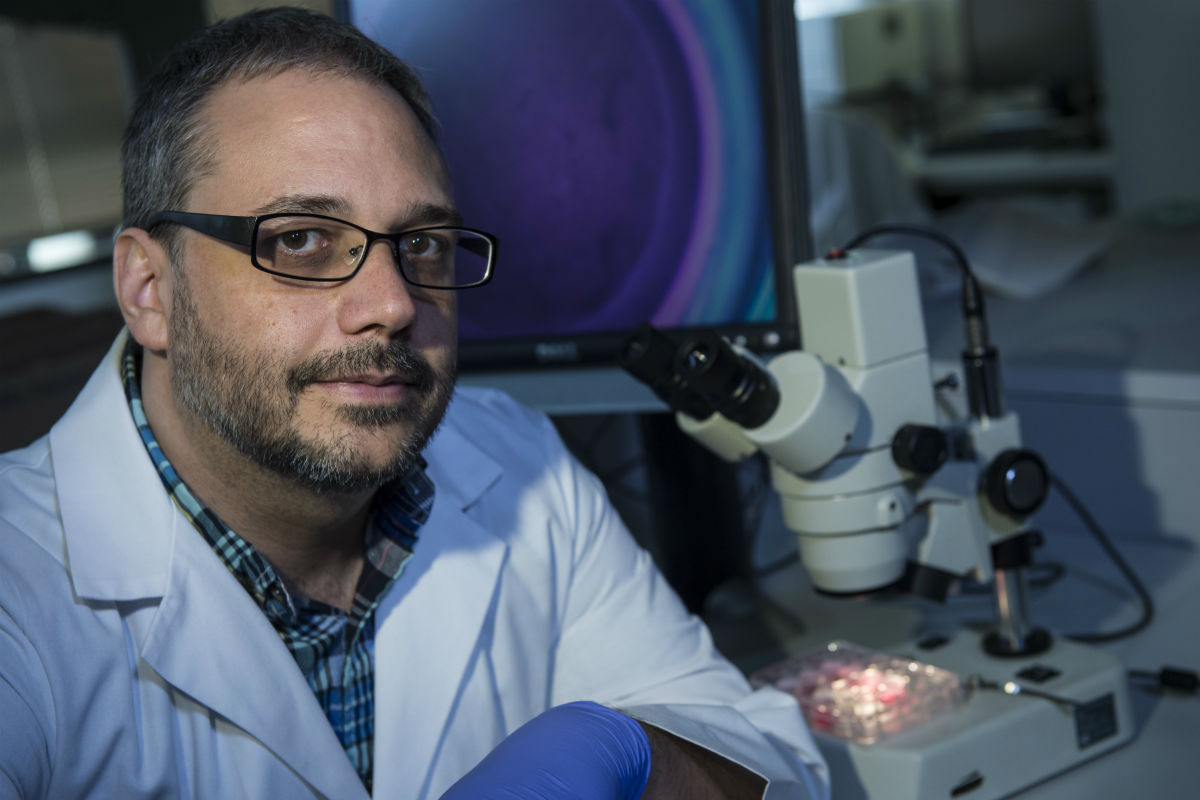 Bioengineers at Rice University and Texas Children’s Hospital have won a National Institutes of Health grant to develop a new generation of patches to repair the damaged hearts of infants.

The $1.9 million, 5-year grant will allow Jeffrey Jacot and his team to take the next steps in a long-running drive to improve the survival rates of such infants, many of whom are diagnosed in utero and require surgery soon after birth.

Jacot, who has appointments at Rice and Texas Children’s, and his colleagues will test patches that encourage a child’s own heart cells to invade and, over time, regenerate tissue to repair birth defects.

The multilayer patches include a rudimentary preformed vasculature – a blood-vessel system – that encourages cells to migrate. Over time, as the cells form organ tissue, the patches degrade and leave the body. The new tissue will ideally grow with the heart and have no fibrous scar that could interfere with its normal operation.

“Our goal is to have something that blends in with the tissue, so you can’t tell it’s a patch,” Jacot said. “It grows with the rest of the heart, and you don’t have these issues that you have with a piece of plastic.”

Jacot said cell survival in forming tissue has limited the effectiveness of such scaffolds until now. “We think if it has a good vasculature, it can recruit the cells that it needs,” he said. Preliminary studies show the immature vasculature hooks into the heart’s existing system “fairly quickly without needing to be surgically attached,” he said.

The study will be initially geared toward infants who suffer from Tetralogy of Fallot, a birth defect in which blood bypasses the lungs. The problem occurs in 4.7 of every 10,000 infants born in the United States. Cell-free patches are currently used to repair the damage, but they neither degrade nor grow with the infant and often need to be replaced, Jacot said.

“The surgeons we work with feel like there needs to be something better,” he said. “What they see is that 10 to 20 percent of patches need to be replaced over time for various reasons, like if it has a severe strain or calcifies.”

The proposed new patches consist of a polyurethane core strong enough to handle sutures and the constant stress provided by a beating heart, surrounded by a porous gel that will welcome cells from neighboring heart tissue.

The lab had already derived endothelial cells and mesenchymal stem cells from amniotic fluid stem cells and determined that combining them in a hydrogel scaffold induces the formation of a rudimentary vascular structure. The use of readily available amniotic stem cells from a newborn’s own mother cuts the risk of tissue rejection, Jacot said.