Pebble, maker of smartwatches, has shuttered. The company confirmed Wednesday that it has halted production and sold its assets to Fitbit, Inc.

Pebble will no longer promote, manufacture, or sell its devices, which include the Pebble 2, Pebble 2E, Time Steel, and Time Round watches. Fitbit announced it has purchased specific assets from Pebble, including key personnel and intellectual property related to software and firmware development. The acquisition excludes Pebble’s hardware.

The specifics of the deal, which closed Tuesday, were not made public.

“With basic wearables getting smarter and smartwatches adding health and fitness capabilities, we see an opportunity to build on our strengths and extend our leadership position in the wearables category,” said James Park, Fitbit’s chief executive officer and founder, in a statement.

“With this acquisition, we’re well-positioned to accelerate the expansion of our platform and ecosystem to make Fitbit a vital part of daily life for a wider set of consumers, as well as build the tools healthcare providers, insurers, and employers need to more meaningfully integrate wearable technology into preventative and chronic care.” 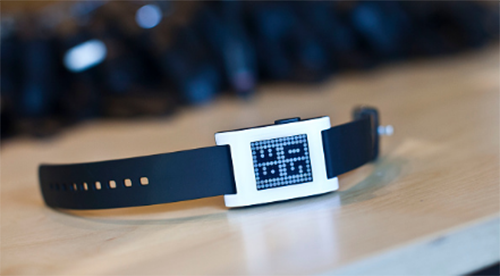 Pebbles should operate as normal

Pebble devices will continue to work as normal, founder Eric Migicovsky told Pebble customers in a blogWednesday, but the functionality and service quality may be reduced in the future. Kickstarter backers who have not received rewards for their donations will receive a full refund within four to eight weeks with no further action needed. A support page has been set up for inquiries.

Warranty support will no longer be available and returns on pebble.com orders that were successfully completed before Dec. 7 will be refunded. Watches purchased at retailers may be returned or exchanged based on the retailers’ return policies.

“Wearables have evolved tremendously since our Kickstarter project in 2012,” Migicovsky said in his blog. “Significant advancements and exciting new products on the horizon will drive the continued growth of the category. In evaluating our future, we wanted to align with a company that shared our take on how wearable technology can bring delight and utility to our lives. While dissolving Pebble as you know today is difficult, I am happy to announce that many members of Team Pebble will be joining the Fitbit family to continue their work on wearable software platforms. Pebble’s successful approach to third-party wearable development is undeniable, and Fitbit is welcoming our expertise in this space wholeheartedly.”

On the development side of things, the Pebble experience will remain unchanged – for now.

“We’re happy to report that our transition to Fitbit gives Pebble developers an exciting opportunity to reach and delight over 50 million users and counting,” said a statement from Pebble’s development department. “The Pebble SDK, CloudPebble, mobile apps, developer portal, appstore, timeline API, dictation service, messaging service, and firmware will all continue to operate without interruption. Further down the road, we’ll be working to phase out cloud services, providing the ability for the community to take over, where possible.”

Migicovsky wrapped up his farewell message with a promise of a free drink if he sees someone wearing a Pebble.

“If you catch me staring at your wrist (I’ll be the tall guy wearing a Pebble T-shirt), stop me and say “Hi.” If you’re wearing your Pebble, a drink is on me!”