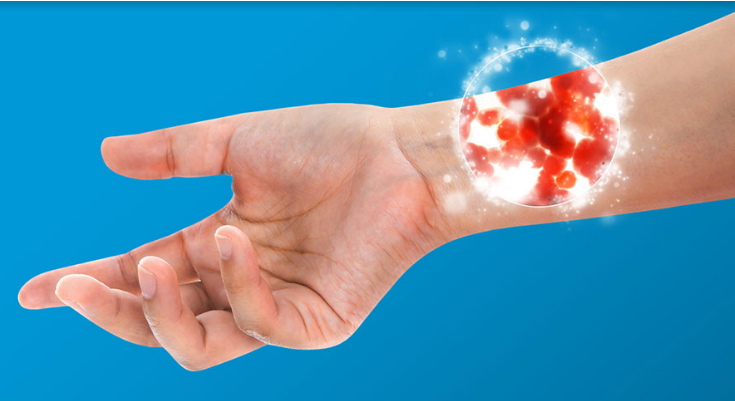 Treatment is now underway at three UK hospitals to trial an innovative approach of using a patient’s own cells to close foot ulcers amongst diabetics, an affliction that leads to some 140 amputations per week across Britain.

Avita Medical (ASX: AVH), (OTCQX: AVMXY), a regenerative medicine company specialized in wound treatment, said two new sites have been added to the study on the safety and effectiveness of its treatment of Diabetic Foot Ulcers (DFUs), and that ReGenerCell™ device is now deployed at London’s King’s College and Northwick Park Hospitals. The DFU clinical trial began earlier in 2016 at the Manchester Royal Infirmary, with seven patients already enrolled and being treated at that site.

Avita said that with three sites now enlisted, enrollment can proceed apace to recruit up to 24 patients with DFUs, who will be followed over a 26-week evaluation period. Full enrollment of the trial is anticipated to be completed by early 2017. The treatment will be assessed as an adjunct to standard of care treatments, such as debridement, cleansing, dressings, and offloading. As well as the key outcome measures of incidence of healing and rate of wound closure, the study will also explore patient and physician satisfaction. ReGenerCell™, which is CE-marked and approved for sale in the UK, enables medical professionals to create an autologous suspension of the patient’s own skin cells, which is then applied to the wound to trigger healing.

ReGenerCell™ has already delivered positive outcomes in a Venous Leg Ulcer (VLU) trial, which showed statistically significant wound closure amongst the 52 patients participating. The device has also been deployed to treat pre-tibial lacerations, another category of long-term wounds that can defy treatment amongst typically elderly patients. Avita now hopes to show effectiveness amongst the massive diabetic patient group.

According to recent Public Health England data, diabetes now affects 3.8 million adults in the UK and costs the NHS around £8.8 billion a year to treat. Approximately 100,000 diabetics in the UK suffer from a DFU, a widespread complication of poorly controlled diabetes. DFUs can remain as open wounds for years, limiting patients’ mobility and lifestyle, and risking infection, often leading to amputation if not treated effectively.

“There is a real need to find a new way of treating DFUs, especially when various other approaches have failed to close the wound,” said Mr Naveen Cavale, Consultant Plastic, Reconstructive & Cosmetic Surgeon at King’s College Hospital.

The sentiment was shared by Ms Sophie Renton, Consultant Vascular Surgeon at Northwick Park Hospital, who added: “It is projected that more than five million Britons will be diabetics by 2025, so there is real urgency that we explore different approaches, such as ReGenerCell™.”

Avita CEO Adam Kelliher welcomed the addition of the two London hospitals to the trial, and said that the Company would also be gathering health economics data on the approach.

“Everything about DFU treatment is expensive: the daily dressing changes, the continuous attention needed throughout the public health system, and sadly, the significant surgery of amputation,” Kelliher said. “If we can break this cycle by closing the foot ulcers, we can improve the lives of many people, and save a lot money.”

This study builds on successful studies in Italy, of DeAngeles et al (2013)1 and, in China, of Hu et al (2015)2 who have shown positive clinical outcomes with the use of Avita’s Regenerative Epithelial Suspension™ technology in the treatment of diabetic foot ulcers.