From assisting with surgery to being a social companion for elderly, robots are continuously integrated into different healthcare settings. Researchers at Imperial College London jumped on this bandwagon when they created Robot DE NIRO, a robot that helps support caregivers and interacts with the care recipient.

“The objectives of our project were surprisingly simple: to build something that could demonstrate social utility and contribute to Dr. Kormushev’s Robot Intelligence Lab,” said Fabian Falck, one of the researchers who developed Robot DE NIRO, according to TechXplore. “We had a handful of grand ideas, but in the end, decided to teach a robot to play fetch. We considered object retrieval to be incredibly valuable and applicable to many situations, for instance fetching medicine for frail patients who struggle to move. Our project also equipped DE NIRO with capabilities such as navigation, face recognition and object manipulation.”

The wheeled mobile platform allows DE NIRO to move around, and its Microsoft Kinect sensors and laser scanners give it the capability to perceive its surroundings. DE NIRO was created from a repurposed electric wheelchair, a liftable torso based on a scissor-like mechanism, a power inverter for powering the upper body, dual arms and head from Baxter robot, and lastly, a red hat. 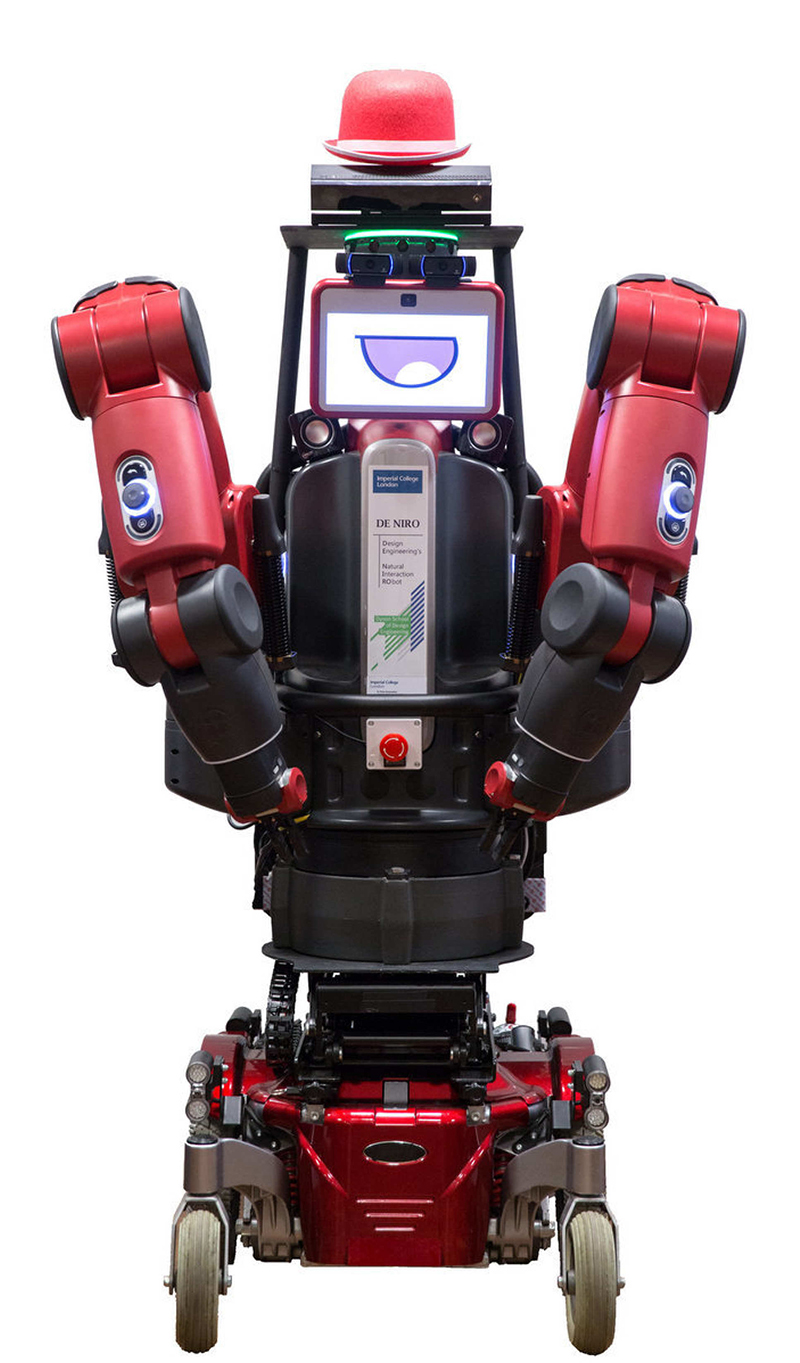 One element that sets this robot apart in the healthcare setting is its safety features. DE NIRO was created to be used around vulnerable or elderly people, so the researchers made sure safe elements were encompassed in both the robot’s hardware and software.

“Already in its hardware design, DE NIRO is built in a human-centered, collaborative way,” said Falck. “For instance, passive compliance in the robot’s arms absorbs physical impact with a person. When developing its software, we placed particular emphasis on collision avoidance during manipulation and navigation of the robot, so that it acts safely regardless of the action of the user. We believe that this will be a crucial characteristic of future social assistance robots.”

“We focused on the holistic design rather than perfecting a single task, with the hope that we can use this platform to explore further use cases in the future,” said Falck. “Our project also demonstrated the significant value of open source software. The robot’s software was grounded on ROS, open source robot operating system that comes with innumerable benefits, such as managing a variety of operations concurrently.”

Robot DE NIRO incorporates numerous open source projects, so the researchers published a detailed document allowing other creators to expand upon their work.

“We aim to implement further safety improvements by increasing DE NIRO’s awareness, such as a 360-degree camera rig or the application of a 3D LIDAR,” Falck said. “In addition, we will improve the point-cloud based manipulation techniques to allow a more generic grasping capability and enhance the currently rather rudimentary autonomous capabilities for navigation to act smoothly in unknown environments.”