People using traditional insulin pumps to manage their diabetes often have to adjust their daily lives to live comfortably with a tubed pump. Insulet wants to change that. 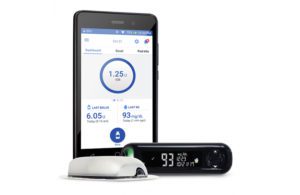 For nearly three decades, hundreds of thousands of people with diabetes have relied on insulin pumps to titrate the drug that keeps their blood sugar in check. Insulin pumps have remained largely unchanged over the years, leaving the device ripe for innovation.

So when Insulet’s founder, John Brooks III, set out to find a better way to deliver insulin to his diabetic son, he looked for technologies that would make his son’s life simpler.

He founded Insulet in 2000 and just five years later hit the market with the first tubeless insulin delivery system.

The Omnipod consists of a lightweight, disposable pod that attaches anywhere on the user’s body and carries up to three days of nonstop insulin. The pod automatically inserts a small, flexible cannula to delivers the user’s insulin. The tubeless device communicates with a remote controller, called the personal diabetes manager, to determine when to deliver insulin.

“Our customers tell us that they prefer the Omnipod because it gives them consistent, round the clock, uninterrupted insulin delivery without the need for either four to five insulin injections per day or the need to be tethered to a tubed pump,” president & COO Shacey Petrovic told Medical Design & Outsourcing earlier this year. (Petrovic has since been elevated to serve as CEO of Insulet).

Today, nearly 150,000 people living with diabetes use Insulet’s Omnipod system to control their insulin therapy. Roughly 75% of those customers, according to Petrovic, switch to the Omnipod system from multiple daily injections of insulin.

“The reason is that more than half of those users tell us that they wouldn’t go on pump therapy if not for Omnipod. They know that they could probably get better outcomes with pump therapy, but they’re turned off by the complexity of those devices and by the fact that they have to be attached to tubing and wear something on their waist that advertises their disease,” said Petrovic, who was recently named to succeed Patrick Sullivan as CEO. “We help people get access to the benefits of continuous subcutaneous insulin infusion – people who might not otherwise have ever moved to pump therapy.”

For young kids, the tubeless, waterproof device allows them to simply be kids, she added, while their parents are nearby, adjusting insulin delivery using the remote control.

There are a number of everyday activities that can be challenging to accomplish with a tubed insulin pump. From sleeping to showering, people with diabetes have to adjust their daily lives to live comfortably with traditional pumps.

“My father told me that for most of the last seven years, he had horrible shoulder problems. He always slept on one side because his insulin pump was on the other side and he was fearful of disrupting it,” Petrovic said. “But when you’re moving your Pod around, you no longer have those limitations. And after just a few months on the Pod, his shoulder pain went away.”

Petrovic also recalled meeting a woman who hadn’t worn a dress in two decades because there was nowhere to clip her pump.

“Coming at it with the view of a patient as opposed to a medical device manufacturer, I think that’s what helped to design such a novel technology,” she said.

The company relies on its 150,000 “Podders” to help create the next generation of tubeless insulin delivery technologies. Insulet’s User Experience Group, which includes Podders and people who are managing their diabetes with injections and traditional pumps, is regularly charged with describing their ideal diabetes management system.

“That uncovers features and functions and needs that we might not otherwise know existed,” Petrovic explained.

“The Omnipod is what happens when a user, an end user, designs a device.” 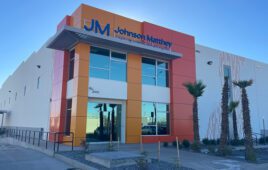 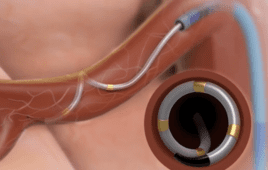 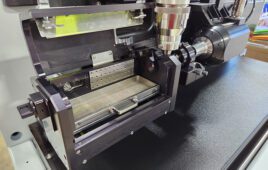