Second-year medical student Kevin Cyr is part of a team of Stanford researchers investigating new ways to survey electricity in the heart. The research has led to the development of cardiac surgical devices that could one day help patients who suffer from a common heart ailment. 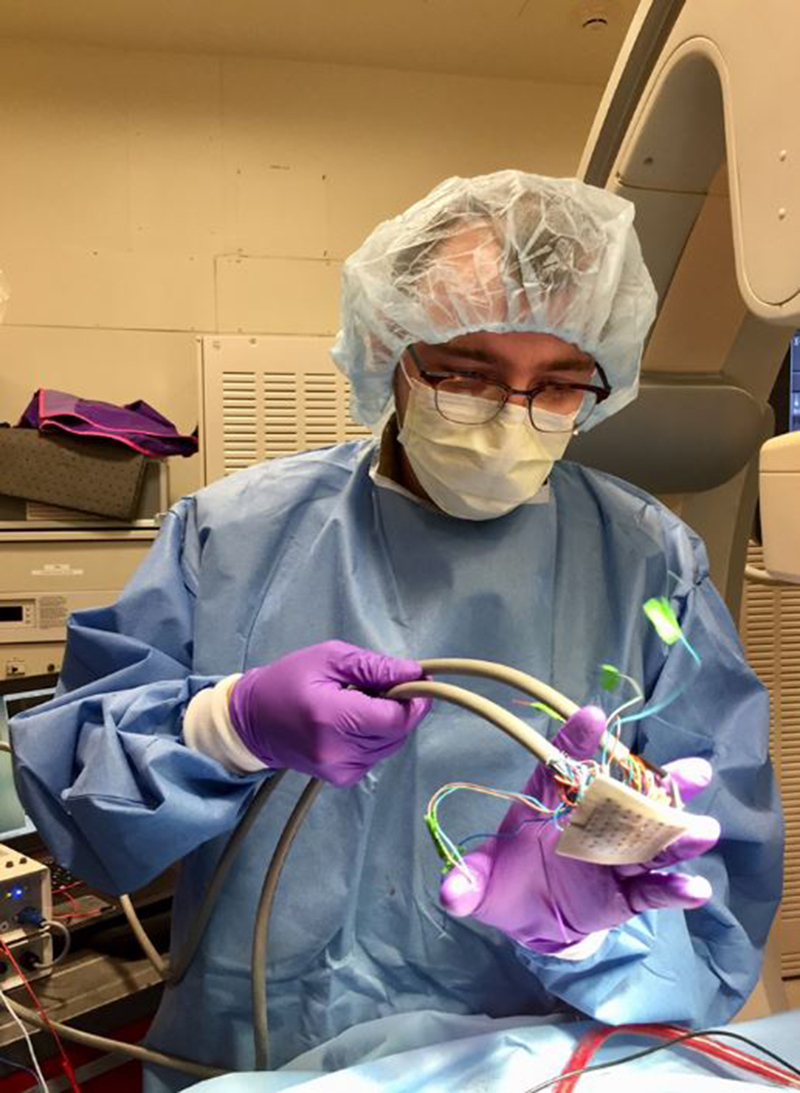 The research began a few years ago under the direction of Anson Lee, assistant professor of cardiothoracic surgery. Cyr, whose background is in bioengineering, joined the team last year as a student interested in developing new medical technologies that can transition from research to clinical practice.

Their investigation is focused on atrial fibrillation, or AFib, a heart disorder characterized by irregular and often rapid heartbeats that disrupt the flow of blood from the heart to the rest of the body. It is the most common rhythm disorder, which affects more than 6 million Americans and is responsible for over 750,000 hospitalizations every year. While some AFib patients have few, if any, problems, others suffer serious complications requiring surgery or medications.

Cyr says that finding and understanding rhythm disturbances in patients has been challenging because of the one-size-fits-all nature of existing medical devices, which use electrodes that contact the surface of the heart to measure electrical activity. So the researchers created devices that are customized to each patient, conforming to the unique contours and divots of the individual’s heart.

A heat map of the electrical activity of a heart projected onto a computer-simulated model of the right atrium. Credit: Kevin Cyr

To do this, patients undergo an MRI or CT scan that records an image file of their heart, which is then fed into a 3D printer. Cyr says that using the scan, “we can replicate that natural geometry and anatomy specific to that patient” and apply it to the device.

The customized device can track electrical activity with great precision, Cyr says. “We can map in perfect detail this rectangular grid of information and not have to worry about missing signals, poor contact or things like that, which otherwise might throw out errors.”

The devices are currently used on the epicardium, or exterior, layer of the heart.

The researchers are investigating whether their 3D-printed device could also be used to map the interior surface of the heart. If so, they believe it could provide much greater accuracy in measuring the rhythmic disturbance there as well.

The underlying goal of the research is to identify the problem spots where irregular electrical activity occurs and remove them to restore normal electrical flows.

Cyr says the researchers will likely take another year or two to refine their technology, which has not yet been tested on humans. 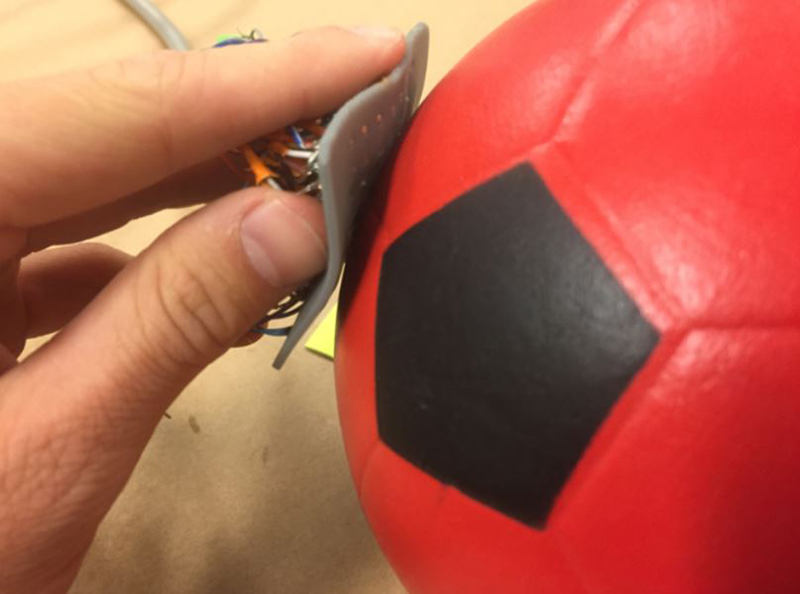 Using a soccer ball, Cyr demonstrates how the device conforms to the surface of a heart. Credit: Kevin Cyr