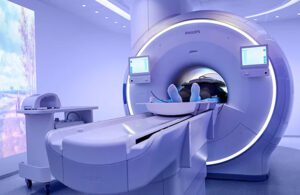 Their findings could make MRI scanners smaller, lighter and less expensive to manufacture and operate, increasing patient accessibility. With the world’s limited amount of helium dwindling, suppliers are rationing while medical researchers and healthcare providers hope for long-term solutions.

Philips and other imaging tech manufacturers like GE and Siemens have developed scanning devices that use less helium. New semiconducting materials could eliminate the need for helium in MRI machines.

Through its newly announced deal with MagCorp, Philips will tap the expertise of materials scientists at Florida State University’s MagLab, part of the National High Magnetic Field Laboratory.

Today’s MRI machines use liquid helium to cool their magnets to super low temperatures of around -450°F/-270°C. (Helium is also used in semiconductor manufacturing to control the temperature of the silicon during fabrication.)

But cooling with liquid helium is energy-intensive, and helium is an increasingly scarce element with such a low mass that it leaves the Earth’s atmosphere forever when vented from MRI machines. 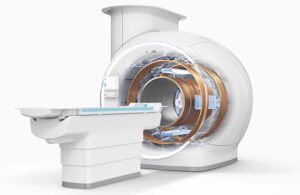 Philips sells non-venting MRI scanners using the company’s BlueSeal magnet technology, which requires only 7 liters of liquid helium over the machine’s lifetime. Conventional scanners, on the other hand, need initial liquid helium charges of around 1,500-2,000 liters, plus top-offs to replace vented gas that can take a machine’s total lifetime use to 10,000 liters.

Finding different superconducting materials that can operate at higher temperatures than the niobium currently used in MRI machines could eliminate the need for helium.

“MagLab … is home to many of the world’s leading researchers on novel superconducting materials that don’t require liquid helium temperatures to operate,” Philips Head of MRI Magnet Research and Development Josh Hilderbrand said in a news release.

The researchers are already looking into alternative superconducting materials, including some that are more abundant than niobium. The partnership will also explore how to commercialize the new materials and their use in new MRI machine designs.

“Combining Philips’ forward-thinking approach with FSU MagLab’s scientists, who have a wealth of relevant expertise in the application of new superconductors, means Philips will be in the best position to develop innovations around this technology,” MagCorp Director Jeff Whalen said in the release.

Philips is the fourth-largest medical device manufacturer in the world, according to Medical Design & Outsourcing’s Medtech Big 100 rankings by revenue. 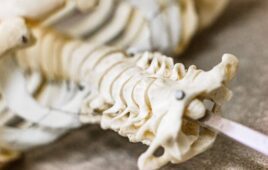 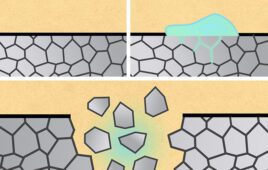