A smartphone app that tracks palpitations in heart patients provides comparable performance to the 14-day event monitors that are the current standard of care, according to a University at Buffalo study presented May 4th at the annual Heart Rhythm Society (HRS) meeting in San Francisco.

Throughout the two-week study, 32 patients who had had some symptoms of cardiac arrhythmias, were required to use both methods to record when they were having palpitations.

“We showed that we can do as well with the app as with the event monitors,” said senior author Anne B. Curtis, MD, the Charles and Mary Bauer Chair and Professor of Medicine in the Jacobs School of Medicine and Biomedical Sciences. “The app is easier for patients to use and much more acceptable to them.” 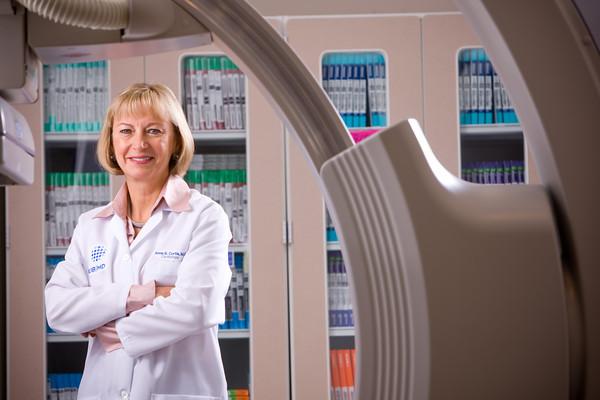 Conducted by cardiologists in the Department of Medicine in the Jacobs School of Medicine and Biomedical Sciences, the research was presented in a featured poster session at the HRS meeting today at 5 p.m. Pacific time.

“The point of the study was to determine whether any smartphone app could be good enough to replace what we normally use now, which is a 14-30 day event monitor,” said Curtis, who is also chief executive officer of UBMD Internal Medicine.

She described the drawbacks to the event monitors that cardiac patients have to wear for anywhere from two to four weeks.

“The event monitors require electrocardiographic electrodes to be attached to the patient’s skin, which can be irritating,” she said. “Then the patient has to wear the device that is attached to the electrodes, which is somewhat cumbersome, and most patients do not like to wear it in public. Hence, compliance is often poor.”

With the event monitor, a patient experiencing palpitations must press a button to note they are having symptoms and then indicate what type of symptom it is either on a paper log or by inputting the information onto the monitor.

With the smartphone app, the patient experiencing palpitations puts a finger from each hand onto the surface of an electrode attached to a smartphone case. The data can then be uploaded to the AliveCor server through a secure, HIPAA-compliant transmission.