A Patent and Trademark Office director confirmation may solve some problems, but it’s not yet clear how discretionary review will continue to evolve.

The U.S. Patent and Trademark Office’s inter partes review procedure is a popular avenue for challenging the validity of a patent outside of litigation. These procedures are overseen by a panel of three administrative patent judges (APJs) on the Patent Trial and Appeal Board (PTAB) at the Patent Office. In United States v. Athrex, the Supreme Court ruled that the “unreviewable authority” of APJs to conduct adversarial proceedings for challenging the validity of a patent violated the Constitution’s Appointments Clause. The Supreme Court also ruled that the appropriate remedy was to give the director of the Patent Office the discretion to review those APJ decisions.

Arthex is the owner of U.S. Patent No. 9,179,907 (we’ll refer to it as the ’907 patent) which relates to a surgical device for reattaching soft tissue to bone without tying a knot. Arthex claimed that Smith + Nephew infringed the ’907 patent, and the PTAB subsequently invalidated the patent in an inter partes review proceeding. On appeal, the U.S. Court of Appeals for the Federal Circuit ruled that the appointment of APJs violated the Appointments Clause. To remedy the violation, the Federal Circuit stripped away the APJ’s tenure protections and sent the case back to the PTAB for a new hearing before a different panel of APJs. After the Federal Circuit denied requests for rehearing en banc and before the case went back to the Patent Office, the parties each sought Supreme Court review.

The Supreme Court took the case and agreed that there was a violation of the Appointments Clause, specifically taking issue with the fact that “Congress has assigned APJs ‘significant authority’ in adjudicating the public rights of private parties, while also insulating their decisions from review and their offices from removal.” 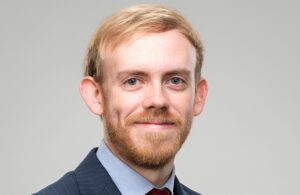 The director has since received more than 100 requests for review. In Proppant Express Invs. v. Oren Techs. (IPR2018-00733, Paper No. 94), the director vacated and remanded the PTAB’s finding of unpatentability because it failed to give the necessary weight to objective evidence of nonobviousness. In Ascend Performance Materials Operations v. Samsung SDI (IPR2020-00349, Paper No. 57), the director similarly vacated and remanded another unpatentability finding because the PTAB failed to address the claims in view of their corresponding priority date. With the exception of these few outliers, petitions for director review under Arthrex have been largely fruitless, with the director denying most requests.

The current director review process is conducted under interim procedures. For now, a party receiving a Final Written Decision must choose to request either director review or rehearing by the original PTAB panel — it may not request both. Further changes to the review process may result in additional guidance for parties and the director. 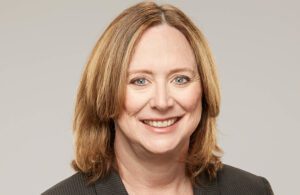 Note that the Patent Office does not currently have a director that has been appointed by the president and confirmed by the Senate. As a result, there is some uncertainty regarding the legitimacy of reviews conducted by Drew Hirshfeld, who is currently performing the functions and duties of the director but has not been confirmed by the Senate. President Biden has nominated Katherine Vidal to the post, and her appointment has been approved by the Senate Judiciary Committee and forwarded to the full Senate for confirmation, which was pending at the time of this publication.

While the confirmation of a new director may solve some of the legitimacy problems associated with review, there may still be lingering questions as to the validity of review decisions issued by Hirshfeld. Moreover, it remains to be seen how discretionary director review will continue to evolve if and when Vidal is confirmed.

Angeline Premraj is an attorney at Finnegan, Henderson, Farabow, Garrett & Dunner, LLP, with a diverse patent practice in client counseling, prosecution, litigation, and post-grant proceedings before the Patent Trial and Appeal Board (PTAB) of the U.S. Patent and Trademark Office (USPTO). While her technical background is rooted in medical devices, she works with a broad field of technologies, including augmented and virtual reality (AR/VR), electrical and computer technology, financial and business systems, and manufacturing.

Troy Viger is an attorney at Finnegan with a broad practice covering patent litigation, prosecution, client counseling, trademarks, and design patents. He has experience with a variety of technologies, including biomedical devices, numerical algorithms, virtual reality (VR), software, and calibration systems.

Kathleen Daley is a partner at Finnegan and has significant experience in trial and appellate litigation. Her practice encompasses a wide range of technologies, such as mechanical devices, semiconductor devices, and pharmaceuticals, with a particular emphasis on medical devices.

The opinions expressed in this post are the author’s only and do not necessarily reflect those of MedicalDesignandOutsourcing.com or its employees.