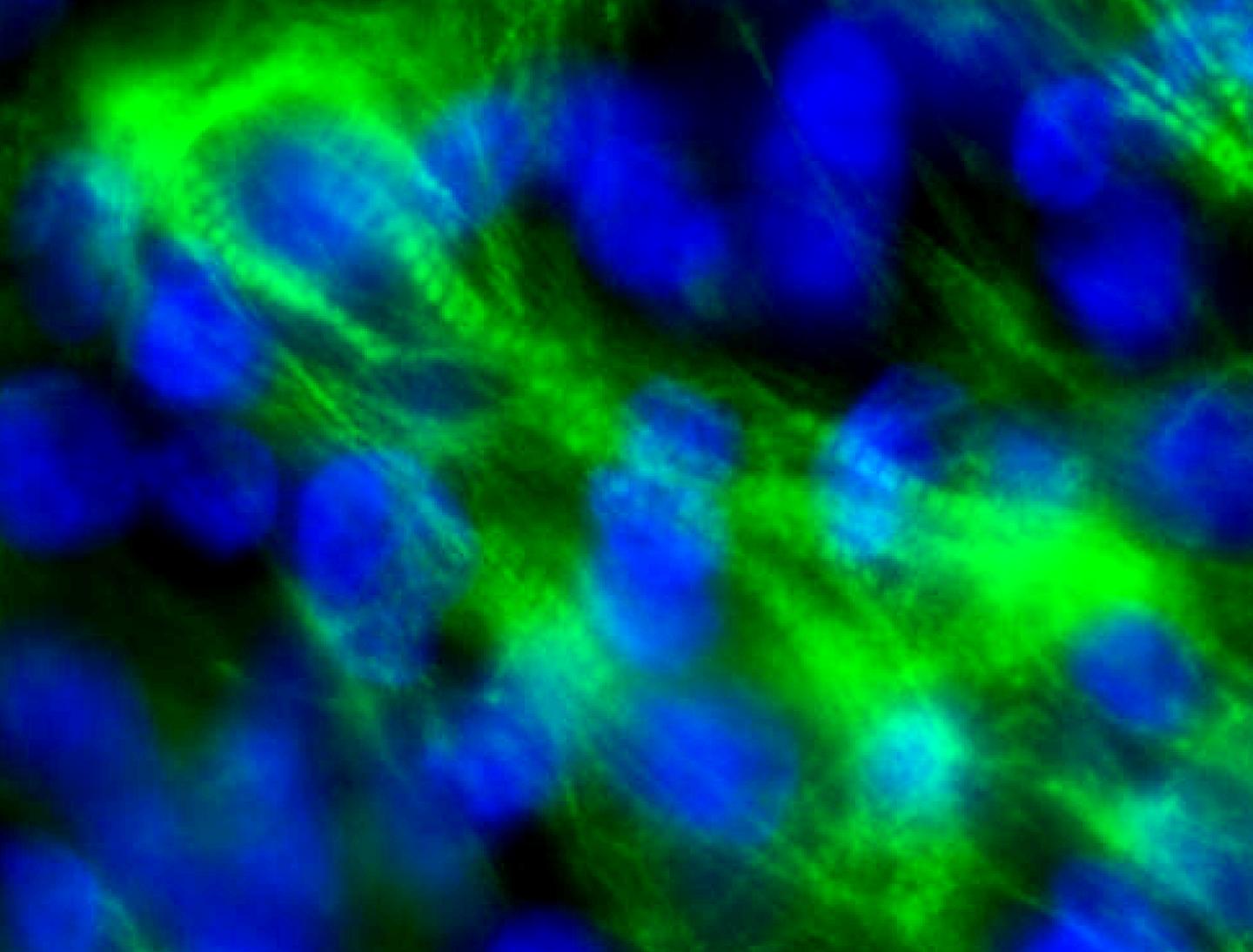 Columbia Engineering researchers have shown, for the first time, that electrical stimulation of human heart muscle cells (cardiomyocytes) engineered from human stem cells aids their development and function. The team used electrical signals, designed to mimic those in a developing heart, to regulate and synchronize the beating properties of nascent cardiomyocytes, the cells that support the beating function of the heart. The study, led by Gordana Vunjak-Novakovic, The Mikati Foundation Professor of Biomedical Engineering and a professor of medical sciences (in medicine), is published online January 19 in Nature Communications.

Cardiovascular disease is one of the major health problems around the world, especially because the heart cannot repair itself: if cardiomyocytes are lost to injury or disease, they have only a minimal ability to regenerate. Scientists have been trying to develop ways to regenerate hearts by using cardiomyocytes grown from the patient’s cells taken from skin or blood.

To be successful, these cardiomyocytes need to respond to and integrate with the surrounding heart muscle. But, currently, the immaturity and resultant irregular beating of human cardiomyocytes derived from stem cells have limited their usefulness for regenerative medicine and biological research.

“We’ve made an exciting discovery,” says Vunjak-Novakovic. “We applied electrical stimulation to mature these cells, regulate their contractile function, and improve their ability to connect with each other. In fact, we trained the cell to adopt the beating pattern of the heart, improved the organization of important cardiac proteins, and helped the cells to become more adult-like. This preconditioning is an important step to generating robust cells that are useful for a wide range of applications including the study of cardiomyocyte biology, drug testing, and stem cell therapy. And we think that our method could lead to the reduction of arrhythmia during cell-based heart regeneration.”

Vunjak-Novakovic worked with George Eng and Benjamin Lee, both of whom recently received their PhD from the Department of Biomedical Engineering. They are also MD students and the study’s co-leading authors. The team grew human stem cell-derived cardiomyocytes and engineered them into three-dimensional structures. They then exposed these structures to electrical signals that mimicked those in a healthy heart–over just one week. They showed that this electrical stimulation increased cardiomyocyte connectivity and the regularity of muscle contraction.

The researchers plan to conduct fundamental studies of how the immature heart develops its beating function, and to investigate whether the “conditioned” cardiomyocytes will have the ability to seamlessly integrate with the heart muscle and provide a synchronized beating function.

“The heart is an organ of amazing complexity with about 3 billion cells that beat synchronously in response to electrical signals,” Vunjak-Novakovic observes. “Our ability to recapitulate biology using bioengineering tools continues to drive our work and to be a source of inspiration. We are frequently reminded that this may be the best time ever to pursue biomedical engineering research!”

Benjamin Lee adds, “As a student in both engineering and medicine, I am particularly interested in how electrically conditioned cardiomyocytes can be used in a clinical context.”