Non-toxic, edible batteries could one day power ingestible devices for diagnosing and treating disease. One team reports new progress toward that goal with their batteries made with melanin pigments, naturally found in the skin, hair and eyes.

“For decades, people have been envisioning that one day, we would have edible electronic devices to diagnose or treat disease,” said Christopher Bettinger, Ph.D. “But if you want to take a device every day, you have to think about toxicity issues. That’s when we have to think about biologically derived materials that could replace some of these things you might find in a RadioShack.”

About 20 years ago, scientists did develop a battery-operated ingestible camera as a complementary tool to endoscopies. It can image places in the digestive system that are inaccessible to the traditional endoscope. But it is designed to pass through the body and be excreted. For a single use, the risk that the camera with a conventional battery will get stuck in the gastrointestinal tract is small. But the chances of something going wrong would increase unacceptably if doctors wanted to use it more frequently on a single patient.

The camera and some implantable devices such as pacemakers run on batteries containing toxic components that are sequestered away from contact with the body. But for low-power, repeat applications such as drug-delivery devices that are meant to be swallowed, non-toxic and degradable batteries would be ideal.

“The beauty is that by definition an ingestible, degradable device is in the body for no longer than 20 hours or so,” Bettinger said. “Even if you have marginal performance, which we do, that’s all you need.”

While he doesn’t have to worry about longevity, toxicity is an issue. To minimize the potential harm of future ingestible devices, Bettinger’s team at Carnegie Mellon University (CMU) decided to turn to melanins and other naturally occurring compounds. In our skin, hair and eyes, melanins absorb ultraviolet light to quench free radicals and protect us from damage. They also happen to bind and unbind metallic ions. 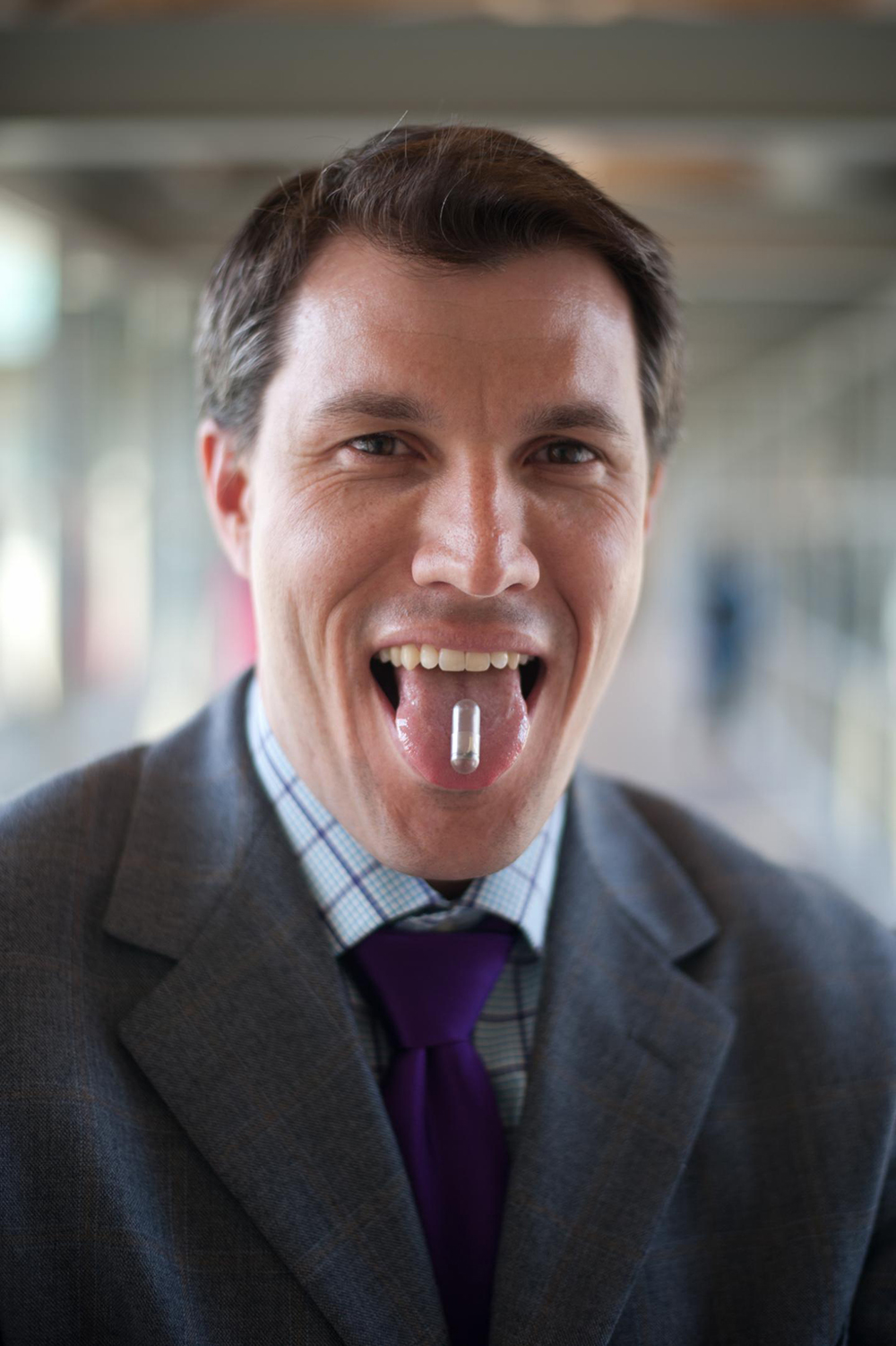 Building on this idea, the researchers experimented with battery designs that use melanin pigments at either the positive or negative terminals; various electrode materials such as manganese oxide and sodium titanium phosphate; and cations such as copper and iron that the body uses for normal functioning.

“We found basically that they work,” said Hang-Ah Park, Ph.D., a post-doctoral researcher at CMU. “The exact numbers depend on the configuration, but as an example, we can power a 5 milliWatt device for up to 18 hours using 600 milligrams of active melanin material as a cathode.”

Although the capacity of a melanin battery is low relative to lithium-ion, it would be high enough to power an ingestible drug-delivery or sensing device. For example, Bettinger envisions using his group’s battery for sensing gut microbiome changes and responding with a release of medicine, or for delivering bursts of a vaccine over several hours before degrading.

In parallel with the melanin batteries, the team is also making edible batteries with other biomaterials such as pectin, a natural compound from plants used as a gelling agent in jams and jellies. Next, they plan on developing packaging materials that will safely deliver the battery to the stomach.

When these batteries will be incorporated into biomedical devices is uncertain, but Bettinger has already found another application for them. His lab uses the batteries to probe the structure and chemistry of the melanin pigments themselves to better understand how they work.