A team of biologists and biomedical researchers at UC San Diego has developed a new method to determine if bacteria are susceptible to antibiotics within a few hours, an advance that could slow the appearance of drug resistance and allow doctors to more rapidly identify the appropriate treatment for patients with life threatening bacterial infections.

In a paper published online this week in the journal EBioMedicine, the scientists reported the development of a rapid susceptibility test for Staphylococcus aureus, a bacterium that causes some 60 percent of hospital-acquired infections and which has spread in communities, causing pneumonia and a variety of skin and tissue infections in both healthy and immune-compromised individuals. 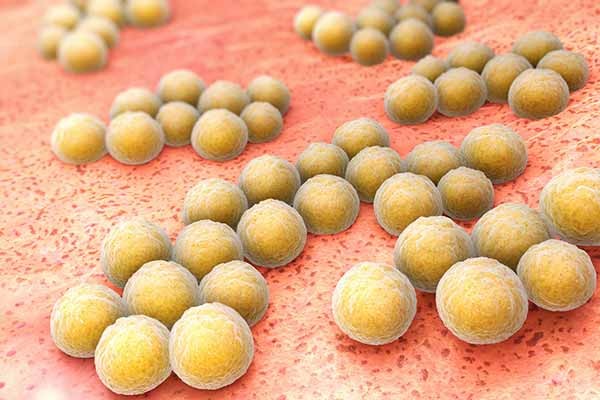 The development is important, say biomedical scientists, because of the critical need for physicians to rapidly discriminate between drug resistant strains (commonly termed MRSA for methicillin-resistant S. aureus) and drug sensitive strains, since these infections can progress rapidly, especially MRSA strains with additional resistance to newer antibiotics designed to treat pathogens that are now appearing in hospitals.

According to the Centers for Disease Control and Prevention, antibiotic resistance causes two million illnesses and 23,000 deaths annually, costing the U.S. economy approximately $20-billion a year in direct health care costs and nearly eight million extra days in the hospital. Indeed, bacteria are evolving resistance to antibiotics much more quickly than global biomedical research efforts are delivering new drugs to market, leading to the appearance of infections caused by bacteria that are now resistant to every therapy.

Rapid antimicrobial susceptibility testing allows doctors to discriminate between infections caused by drug sensitive bacteria, which can be treated with safe and effective antibiotics developed in what scientists call the golden age of drug discovery (the mid-20th century) such as penicillin, and those caused by drug resistant bacteria, which might require newer antibiotics, such as daptomycin or cubicin. This approach will decrease the emergence of resistance by reserving the newest drugs for those infections where they are most needed.

The interdisciplinary team at UC San Diego was comprised of two infectious-disease specialists in the School of Medicine, Victor Nizet, MD, and George Sakoulas, MD; two biologists in the Division of Biological Sciences, Kit and Joe Pogliano; and Diana Quach, a bioengineering graduate student. The scientists applied a method previously developed in the Pogliano laboratories for drug discovery to antibiotic susceptibility testing.

“Previously we developed a microscopy-based method that performs an autopsy on bacterial cells that allows us to determine how each cell died, and we have shown that this method can identify new antibiotics and help understand how these antibiotics work,” said Kit Pogliano, a professor of biology at UC San Diego who headed the research team. “We tested to see if this method could be applied to antibiotic susceptibility testing. Surprisingly, we not only found that our method was able to accurately differentiate sensitive S. aureus strains from resistant MRSA strains, but that we were able to identify two subgroups of MRSA strains, one of which is susceptible to combinations of antibiotics that could be used in the hospital. We are excited by the accuracy and speed of this test, as well as by its unanticipated ability to identify these two types of MRSA infections, which would have been missed by other tests.”

Examining single cells has two key advantages over other testing methods, say the researchers. First, it is rapid, cutting days off the time for typical culture-based assays. It often takes days for a doctor to receive information on resistance, and this means that patients with life-threatening infections are often treated with the assumption that the infection is drug-resistant. Second, this method does not rely on having any detailed understanding of the bacterium causing the infection, or of the genes that convey resistance. This is particularly important in this case, since resistance to the drugs used to treat MRSA infections arise by several evolutionary pathways via different combinations of mutations, and it could also provide rapid treatment information for newly emerging bacterial pathogens, such as that which caused the infections transmitted by endoscopes.

“Regardless of the type of bacterium, a healthy and growing bacterium looks different from a dead bacterium, so whenever we detect a difference in how the cells look, we know that the bacterium is sensitive to the antibiotic we have applied. When we combine careful culture conditions, cutting edge imaging methods and a detailed quantitative analysis, we can turn this simple approach into a reliable test,” said Joe Pogliano, a professor of biology.

“Rapid and precise identification of antibiotic sensitivity patterns allows the most potent and effective drug to be administered,” said Nizet, a professor of pediatrics and pharmacy. “Equally important, more specific antibiotic therapy can help preserve the normal bacteria living in our gut microbiome that play an important role in our health and immune system function.”

The UC San Diego biologists say their new method has the potential to be applied to many different types of bacteria. “Our new method worked surprising well at rapidly detecting antibiotic resistant strains of S. aureus,” said Diana Quach, a graduate student and lead author on the study. “We are now optimizing it to provide a more accurate test for other types of antibiotic resistant bacteria, such as Pseudomonas aeruginosa.”

This method is being commercialized by Linnaeus Bioscience Inc. so that it can enter clinical use via the industrial market. The study was funded by the National Institutes of Health (NIH grants AI095125 and GM073898).