A functional MRI brain scan may help predict which patients will respond positively to antidepressant therapy, according to a new study published in the journal Brain.

Researchers at the University of Illinois at Chicago and the University of Michigan performed fMRI scans on patients with major depressive disorder who were to begin antidepressant therapy. Those patients who show more communication within two brain networks when they made a mistake while performing an assigned cognitive task were less likely to respond to antidepressant medication.

The two networks are the error detection network — which engages when someone notices they’ve made a mistake — and the interference processing network, which activates when deciding what information to focus on. 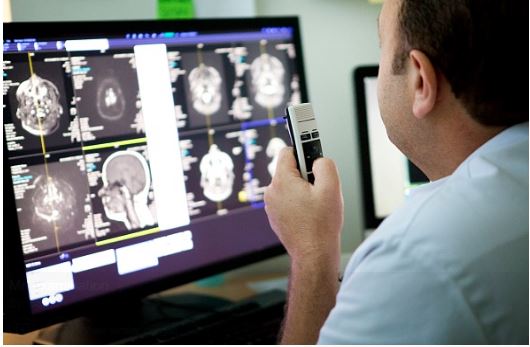 “We believe that increased cross-talk within these networks may reflect a propensity to ruminate on negative occurrences, such as mistake, or a deficit in emotional regulation when faced with a mistake, and our medications may be less effective in helping these types of patients,” says Natania Crane, a graduate student in psychiatry in the UIC College of Medicine who is first author on the study.

Finding the right therapy can take months. Drugs used to treat major depressive disorder take eight to 12 weeks to have a noticeable impact on mood and other symptoms, and patients may not respond to the first drug prescribed or suffer side-effects, requiring a switch in medications. So being able to predict their response to drugs could reduce the time it takes patients to begin feeling better and reduce health-care costs, says Scott Langenecker, associate professor of psychology and psychiatry at UIC and corresponding author on the study.

Several studies that used fMRI to identify discrete areas of the brain that are hyperactive or underactive in patients with major depressive disorder have suggested that neuroimaging may be useful for predicting a patient’s response to a particular pharmaceutical therapy.

In the current study, the researchers looked at patterns of brain activation while participants performed a cognitive-control task to see if they predicted response to drug treatment. They used a unique analysis technique to determine which areas of the brain that were highly active during the commission of errors on a cognitive task correlated with treatment response, and how the strength of communication within specific brain networks predicted treatment response.

They studied 36 adult patients with major depressive disorder who were not being treated with drugs at the time of the study. Subjects had fMRI scans and took surveys regarding their depressive symptoms. They were then assigned one of two antidepressants: escitalopram (Effexor, a selective serotonin re-uptake inhibitor, 22 participants) or duloxetine (Cymbalta, a serotonin-norepinepherine re-uptake inhibitor, 14 participants).

During the fMRI scan, participants were instructed to watch the letters X, Y and Z flash across a screen. They were asked to press a button every time they saw a letter but not to press the button a second time if the same letter repeated.

The patients were followed up during and after 10 weeks of antidepressant therapy. They completed surveys and interviews to determine if the medication prescribed was lessening their symptoms.

Patients whose brain activity was stronger in the error detection network or the interference processing network were found less likely to experience an eventual reduction of their depressive symptoms on medication.

“Using our model, we were able to predict with a very high degree of accuracy – in fact 90 percent — which patients would respond well to antidepressant treatment, and which would not,” Langenecker says.

The researchers also found that participants who made more errors during the cognitive task were more likely to respond to antidepressant treatment.

“This is an important step toward individualized medicine for depression treatment. Using cognitive tests and fMRI, we can identify who will respond best to antidepressant therapy and who may need other effective therapies that work through different mechanisms, like psychotherapy,” Langenecker says.