The Food and Drug Administration is investigating repeated problems with a portable compressor for artificial hearts that may have played a role in the death earlier this month of a 57-year-old Orange County, California man.

Officials at Cedars-Sinai Medical Center in Los Angeles, where the man’s artificial heart was implanted, said they believe the apparent failure of the compressor may have caused his death. The hospital said it has stopped using the device with new patients, pending guidance from regulators.

Cedars-Sinai also readmitted two other patients who, like the Orange County man, had been sent home with the compressor. The device, known as the Freedom portable driver, powers artificial hearts and keeps them pumping. It allows even very sick patients to return home, including many awaiting heart transplants.

A spokeswoman for the FDA, which regulates medical devices, says the agency’s inquiry follows recently reported problems related to the Freedom driver. The spokeswoman, Deborah Kotz, says the problems occurred with patients from more than one hospital, though she would not identify the hospitals or what the problems were. It is unclear whether the Cedars-Sinai case triggered the FDA’s investigation.

The agency has asked Arizona-based SynCardia Systems, the manufacturer of the driver and the artificial heart, for more information, including a summary of “adverse events” related to the compressors, according to company CEO Michael Garippa. 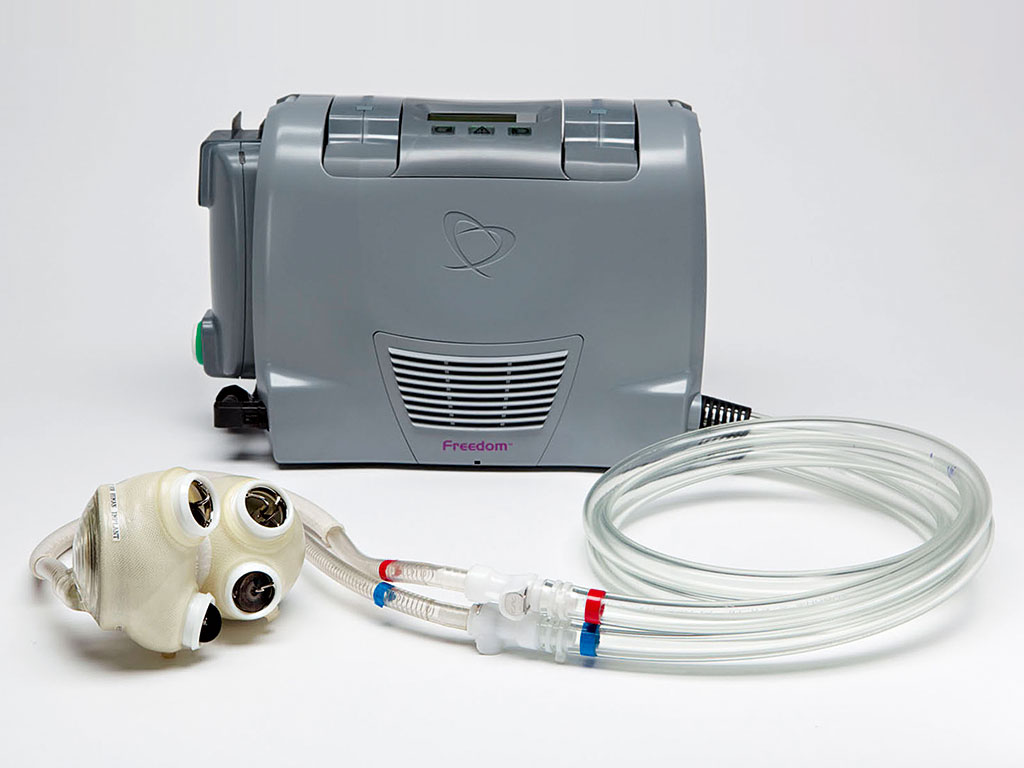 In August 2015, SynCardia notified the FDA that it voluntarily was recalling 56 drivers worldwide, including 29 in the U.S., after discovering a problem with a specific component. The next month, the FDA issued a recall of the same 29, warning that certain drivers could fail without warning and cause the patients to lose consciousness.

“The patient will likely experience serious injury or death if not immediately switched to a backup driver by a caregiver,” the recall notice said.

Garippa says the problem that led to the recalls was caused by a supplier who put a screw in the wrong part of the gear box. He also says that only one driver actually stopped, resulting in a patient losing consciousness. The person came to shortly after being switched to a backup driver, and the company replaced the drivers, he says.

The Cedars-Sinai patient, 57-year-old Mark Trudell, died on Oct. 2 after his driver stopped working and he was rushed to the hospital from his home in Huntington Beach, according to his caregiver, Jessie Robledo.

The family believed Trudell was at the top of the list for a donated heart at the time of his death, Robledo says.

“We were waiting for the call,” she says. “He had problems with his heart for many, many years. But we thought he was going to make it.”

Garippa, who stayed on as CEO after SynCardia changed ownership last month following a Chapter 11 bankruptcy, says the company did not know the precise reason for Trudell’s death, but he believes too much time passed before the patient could be switched to a backup driver. He says SynCardia is reviewing the case to determine what happened.

“It is unfortunate, but that particular patient was on our device for over 500 days, and we extended the life of that patient, who was extremely ill and near death at the time of his artificial heart implant,” Garippa says.

Cedars-Sinai officials said they notified the FDA, SynCardia, and the California Department of Public Health, which is also conducting an investigation.

The FDA has received several other complaints regarding SynCardia compressors in the last few months, according to the agency’s online database of adverse events. In one, a patient with a SynCardia artificial heart and portable driver reported collapsing and being rushed to the hospital.

“Failure of this can lead to my death,” the patient wrote in September. “Something needs to be done to improve quality of these devices.”

The public database does not contain the names of hospitals or patients.

Garippa says that in the past six months, patients have had to go back into hospitals about four different times because the alarms on their compressors were going off. That includes two occasions in which the patient either dropped or kicked the device and it later failed, Garippa says.

“There are all sorts of things that can happen,” Garippa says. “We are helping people live as full and as long a life as possible and occasionally things go wrong. The alternative used to be staying in the hospital tethered to a machine.”

In August, a San Diego man with the SynCardia artificial heart and the portable compressor died at a hospital in Poway after his driver stopped working, according to Victor Pretorius, surgical director of heart transplantation at UC San Diego Health. The man’s artificial heart was implanted at Cedars-Sinai, but he was being cared for at UCSD. It is unclear what may have caused the death.

Cedars-Sinai officials declined to discuss the case, citing patient confidentiality. A spokeswoman said the Oct. 2 death is the only one the hospital has reported in which the patient was suspected to have died from the possible failure of a SynCardia driver.

Garippa says he believes the San Diego man’s device may have alarmed after he collapsed onto the compressor and that his young son didn’t know how to switch to a backup.

SynCardia’s Total Artificial Heart is for people whose own hearts can’t pump enough blood to keep them alive. The device is implanted in the patient and replaces all four heart valves as well as the right and left ventricles. It is only used in the most severe cases of biventricular heart failure, and the patients are often very sick when they receive the hearts.

The one-year survival rate for people who had the artificial hearts implanted between 2006 and 2015 was 56 percent, according to data from the Interagency Registry for Mechanically Assisted Circulatory Support, which collects clinical data on devices.

If patients with the artificial heart are in the hospital, they are typically connected to one of two larger drivers, which come in two sizes, 40 and 400 pounds. Those who are clinically stable and have a full-time caregiver may be able to go home with the Freedom portable driver, which weighs less than 14 pounds.

Cedars-Sinai implants the most artificial hearts in the world, according to SynCardia. At the time of Trudell’s death, Cedars-Sinai had five other patients on the Freedom driver, according to the hospital. Those who were stable enough were switched to a larger, non-portable driver at the hospital, and the others are in intensive care for close monitoring, hospital officials say.

SynCardia’s artificial heart is designed to keep patients alive while they wait for transplants or if they are in end-stage heart failure and not eligible for a transplant. More than 4,000 people are on the waiting list for a heart transplant, according to the United Network for Organ Sharing.

About 70 U.S. hospitals are certified by SynCardia to implant the artificial hearts. But not all transplant centers use them.

UC San Diego Health has not implanted an artificial heart in a patient in more than five years because its doctors believe they have a safer alternative, says Pretorius. It’s a mechanical pump known as a left ventricular assist device, or LVAD.

SynCardia’s artificial heart and portable driver have “too many moving parts” that make the likelihood of problems higher than with the LVAD, Pretorius says. If a malfunction does occur with the artificial heart, the patient has little chance to make it to the hospital in time, he says. “It’s a precarious system.”

More than 1,700 patients worldwide have received an artificial heart of any brand since the first one was implanted in a human being in 1982, and nearly all were SynCardia devices, according to the company. And more than 200 people have used the Freedom driver since 2010, when a clinical trial of the driver began, the company said. The FDA approved the portable compressor in 2014.

Every patient who goes home with the portable compressor has at least one backup and is supposed to have a caregiver nearby to switch to the backup in case an alarm sounds, Garippa says. The alarm might be set off by a physiological change in the patient, or a problem with the artificial heart or the driver, he says.

Lance White, who lives in Fontana, spent about two years at home with a SynCardia artificial heart and Freedom driver before having a successful heart transplant at Cedars-Sinai in August.

White, 49, says he had to return to the hospital four times when his driver’s alarm went off. Once, his backup alarm also went off, and he was taken by helicopter to the hospital. “It was a little scary,” he says.

But White says he was happy that the portable driver enabled him to be at home with his wife and two children while he waited for a donor heart.

“Any day of the week you’d rather be at home than in the hospital,” he says. “But nothing’s perfect. Machines are machines. I know they are trying to make it better so nobody passes away.”

This Kaiser Health News story also ran in the Orange County Register and on KPCC.