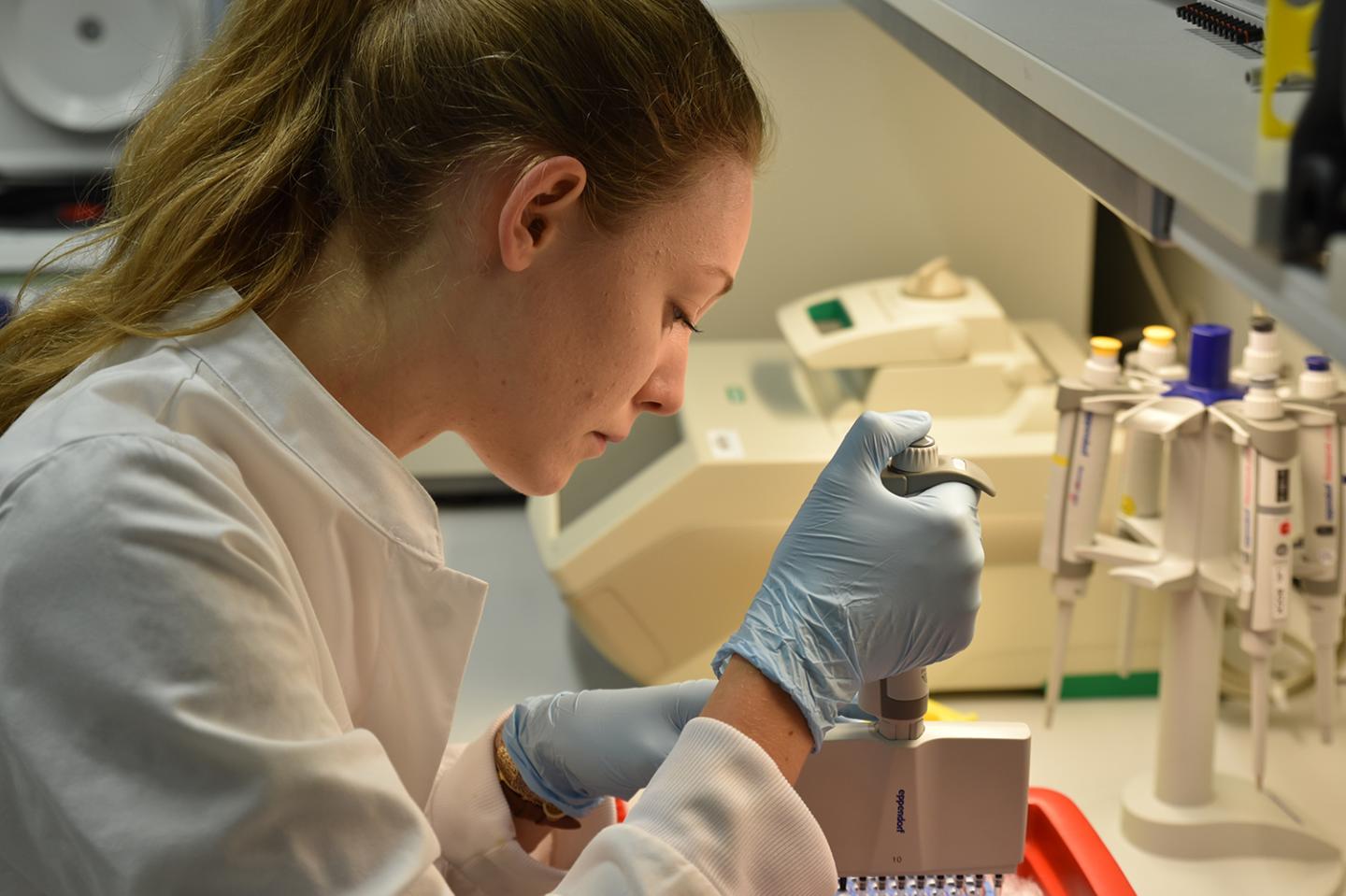 Genome editing using CRISPR/Cas9 “gene scissors” is a powerful tool for biological discovery and for identifying novel drug targets. In pooled CRISPR screens, a large number of cells are edited simultaneously using CRISPR guide-RNAs against thousands of different genes. Next, some of the edited cells are experimentally selected, and their guide-RNAs are counted to determine which genes are most important for the studied biological mechanism.

This screening method is most useful for addressing questions that are directly linked to a cell’s ability to grow, for example identifying genes that protect cancer cells against chemotherapy or immune cells against HIV infection. In contrast, pooled screens are not well suited for studying gene regulation and other complex biological mechanisms. To understand how multiple genes work together to regulate cell state, it is currently necessary to grow, edit, and analyze cells separately for each CRISPR targeted gene, which is tedious and expensive.

In a new article published in Nature Methods (DOI: 10.1038/nmeth.4177), a team of CeMM scientists led by Christoph Bock now present a method that combines the strengths of pooled and arrayed CRISPR screens. By integrating CRISPR genome editing with single-cell RNA sequencing, they were able to determine the gene-regulatory impact of many genes in parallel, studying thousands of individual cells in a single experiment.

Creatively combining two of the most promising fields of genomics, the CROP-seq (for “CRISPR droplet sequencing”) method enables high-throughput analysis of gene regulation at a scale and detail that would be difficult to achieve with other methods. Furthermore, with falling single-cell sequencing costs, this technology could give rise to the first comprehensive maps of the regulatory effects for each of the 23,000 genes in the human genome.

“We will use CROP-seq to study the interplay of genetic and epigenetic factors in leukemia development”, says Christoph Bock, advancing the laboratory’s European Research Council (ERC) funded project on epigenome programming. “If we understand what it takes to make a cancer cell in the test tube, we can find new ways to interfere and revert cells to a less harmful state”.

CROP-seq was developed as an open source method. All data, protocols, reagents and software that are part of CROP-seq will be freely shared by CeMM, enabling other scientists to use and extend the method in their own work. The ambition to making new methods as widely available as possible is part of CeMM’s commitment to advancing biomedical research.