A mother’s thoughts when she first brings her child into the world should be ones of joy and catharsis, but all too often this isn’t the case. Some infants are only minutes old and already must begin fighting to survive. Little lungs expand for the first time, bulging eyes take in light, and the system is assaulted with change. With such a barrage of stimulation it’s no surprise that many struggle to regulate their body temperature, and even more require close monitoring of basic vitals early in life.

In the United States, we are able to care for these children with the help of neonatal incubators, but there is a significant portion of the world that does not share this luxury. Insufficient funding, frequent power grid fluctuations, and rural locations all contribute to the lack of neonatal care found in low-resource countries.

In an analysis of one of these developing countries, Tanzania, Africa, the disparity between the US’s contribution to citizen health and that of developing countries is apparent. Tanzania is located on the eastern Indian coast of Africa with a population of roughly 50.8 million people, 69.1% of which reside in rural areas.1 According to UNICEF, the Republic of Tanzania allocates 2.8% of the GDP, or $17 per person, to the health system.2 Compare this to the $9,523 the United States provides each citizen and it’s easy to see part of the reason there exists a discrepancy in the quality of medical care.

Powered by Clemson University’s Creative Inquiry (CI) Program, our team in the Design of Medical Technology for the Developing World CI has designed and built a robust infant temperature monitoring and regulation system, addressing the needs of rural clinics. Clemson’s Creative Inquiry program aims to empower undergraduate students to work on research and design project stemming from their own curiosity or from the pressing needs of they observe in the world around them. Our work was directed specifically toward Tanzania, where local connections allowed us important insight into the exact problem we were addressing.

During our time in Tanzania, we primarily worked in the Kisarawe District Hospital in Kisarawe Town, 96 km (60 miles) southwest of the country’s largest city. Staying in this more remote setting allowed us to understand the limitations associated with living in a rural Tanzanian town.

When we first entered the hospital’s neonatal ward, we saw a room blocked off with curtains designated for birthing and the rest of the ward had open patient beds where mothers were lying with their children. As one child cried, the next one was quickly awaken and began to do the same. The room quickly was filled with wailing tears and each mother tried to calm their child. There was one neonatal table in site, but it was broken with an error code that was later identified as a manufacturer’s error and needed to be sent back. The background beeps and chirps continuously heard throughout US hospitals that let us know “all is well and being monitored” are nonexistent in Tanzania.

Very quickly it became clear that there was a need, and our team went right to work on an infant vitals monitoring and regulation system. Some of the design challenges of the project that we identified were maintaining low-cost, designing for electrical versatility, while utilizing easy-to-find component parts and ensuring durability with long term device use.

Neonatal hypothermia, when an infant’s body temperature drops to dangerous levels, is one of the major problems we sought to target with our device. Our team needed some means of replicating the functions of a standard hospital neonatal incubator in this setting. Given the space constraints of the neonatal wards and the cultural stigma we observed against putting the babies in a box, we knew our design couldn’t just be recreating a standard incubator.

Because of these constraints, we had the idea of taking a locally available, off-the-shelf heating pad, and designing a control system to control the power of the heating pad. This would allow us to regulate the heat required by the infant based on temperature readings were we acquiring in real time. We designed the system by programming a low-cost Arduino microcontroller equipped with a thermistor input to regulate the core body temperature of the infant by turning the heating pad on and off with the needs of the child. 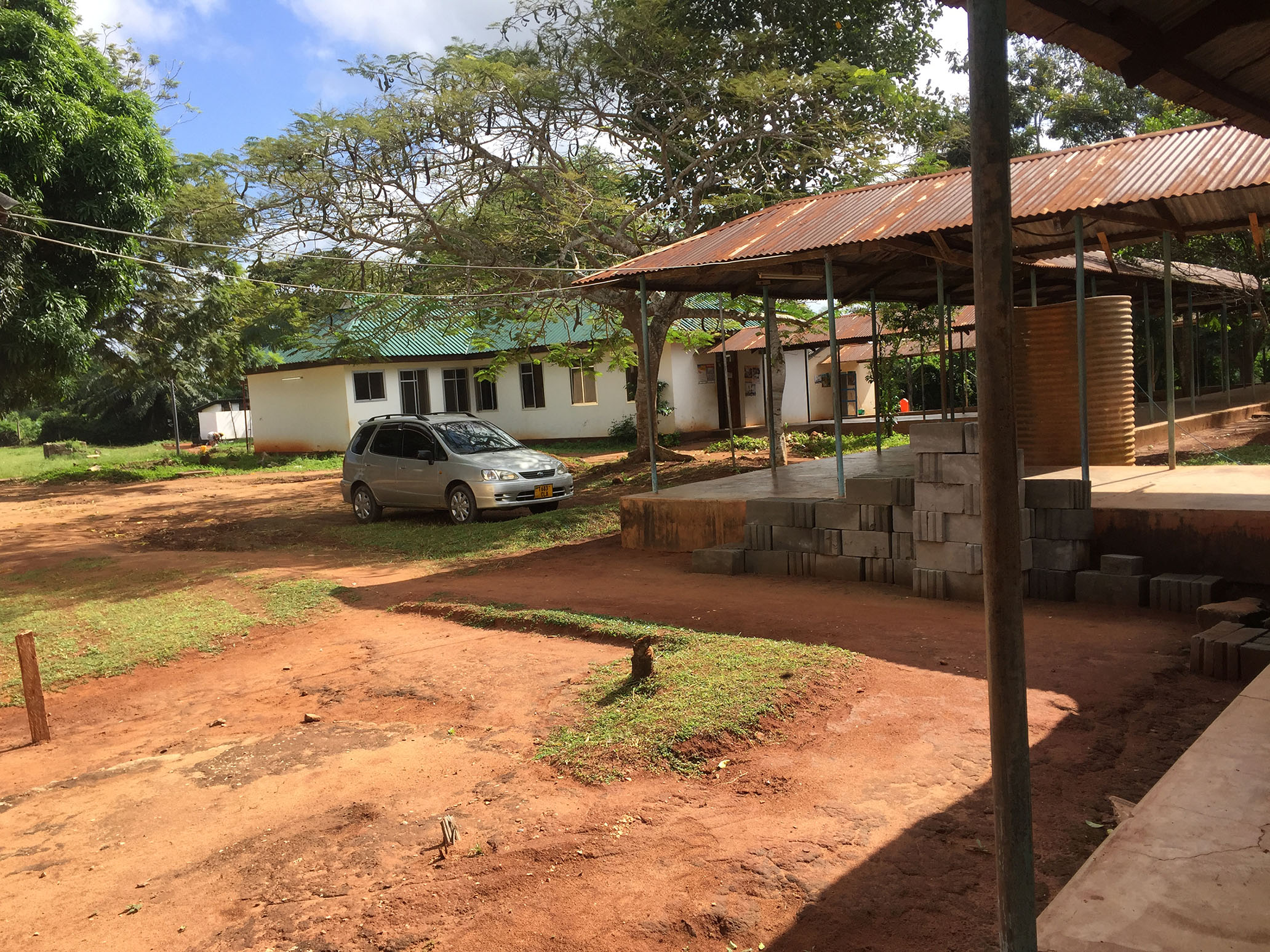 The control box houses an LCD screen which displays the infant’s core body temperature along with other vitals. After being swaddled in a blanket, the baby is placed onto the covered heating pad, and the thermistor is tucked into the blanket with the child.

For speed and ease of interpretation, the team also included three LED light indicators in addition to the LCD screen display. The colored lights quickly and clearly indicate the infant’s current temperature situation, alerting nurses to when the child is below the therapeutic range (blue), within it (green), or above (red). In addition to temperature regulation and sensing, the system monitors and displays another clinically important vital of the infant: heart rate. A small sensor is wrapped around the baby’s wrist before swaddling, and the beats per minute are displayed alongside the core body temperature on the LCD screen.

Power fluctuations are a major cause for device failure in the rural clinics of Tanzania. To combat this, we have installed power supply components such as fuses and transformers. The transformer regulates the input voltage to stay within the operating range, and the fuse acts to cut all power to the device should a spike occur. This stops the spike from damaging the circuitry of the box, and serves as an easily replaced piece that can protect other parts from destruction. These components ensure that an unreliable power grid does not lead to the failure of the device. In addition, as lack of specialized replacement parts was a big issue in the hospital, we selected types of fuses that were readily in Tanzanian electronics repair shops.

Our monitoring and regulation device has significant potential for growth. Other major issues in neonatal health include breathing and oxygenation regulation, and our device could grow to address these needs with additions of blood oxygenation and breathing rate sensors. Therefore we are currently designing a foot sensor pulse oximeter to measure oxygenation and a pacifier that can measure breathing patterns of the baby. These can be incorporated into our current design. Monitoring breathing rate and blood oxygen levels can help prevent respiratory fatalities such as sudden infant death syndrome while simultaneously monitoring for other illnesses. The earlier respiratory problems are caught, the better chance the hospital will have to prevent their severe onset.

Ultimately, the goal of this project is to lower the mortality rate among infants in resource-poor areas, with a focus on rural clinics in Tanzania. We designed the device with the intention of versatility, so that it can be utilized in other medical establishments facing similar challenges.