Nerve cells, or neurons—specifically the “workhorse cells” involved in walking, breathing and chewing—can adjust to changes in the body, but they never stop working unless there is an fatal injury. What exactly signals neurons to keep acting and operating normally has not been known until now. In a new study, scientists at the University of Missouri have discovered that a neuron’s own electrical signal, or voltage, can indicate whether the neuron is functioning normally. If that voltage is absent, scientists say everything is “out of whack.”

“Our bodies have no central control system to tell individual neurons they are functioning normally, and so the neurons rely on their own electrical signals to keep track,” said David Schulz, a professor of biological sciences in the MU College of Arts and Science. “Without that electrical signal, the cell can’t tell if it is on the right track, and this can lead to changes that ultimately cause problems such as spasms and seizures. For people that have various neurological disorders, such as multiple sclerosis, epilepsy and spinal cord injuries, this discovery could affect how they are treated to help reduce or eliminate such symptoms.”

The study built on previous research by Schulz’s lab and involved examining neurons in crabs. Researchers completely shut down a crab’s nervous system and isolated neurons from their normal connections, activity and chemical environment. Then, they artificially augmented the neurons’ reality.

“We fooled these isolated neurons into thinking they were acting normally by using a computer driven process to produce their normal electrical signal,” Schulz said. “When we did this, there were very few changes in these cells, demonstrating that the cells thought it was ‘business as usual.’ It’s like providing an artificial generator when the power goes out while you are waiting for the power to be restored.”

The findings could inform future studies in people with spinal cord injuries, multiple sclerosis and epilepsy. While there is no cure yet for spinal cord injuries, researchers say this discovery could provide doctors with a way to trick neurons into thinking the body is still functioning normally. This would allow some level of normal nerve function to occur following the injury, and the affected nerves could re-join the healthy nerves above the injury. 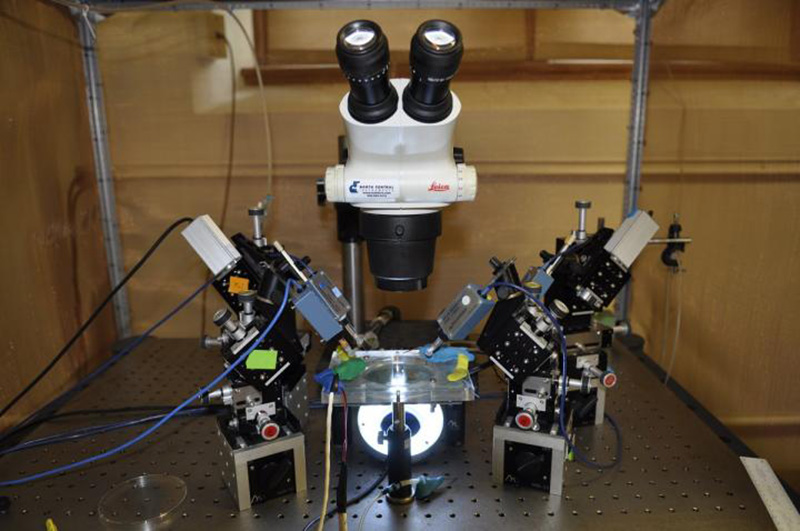