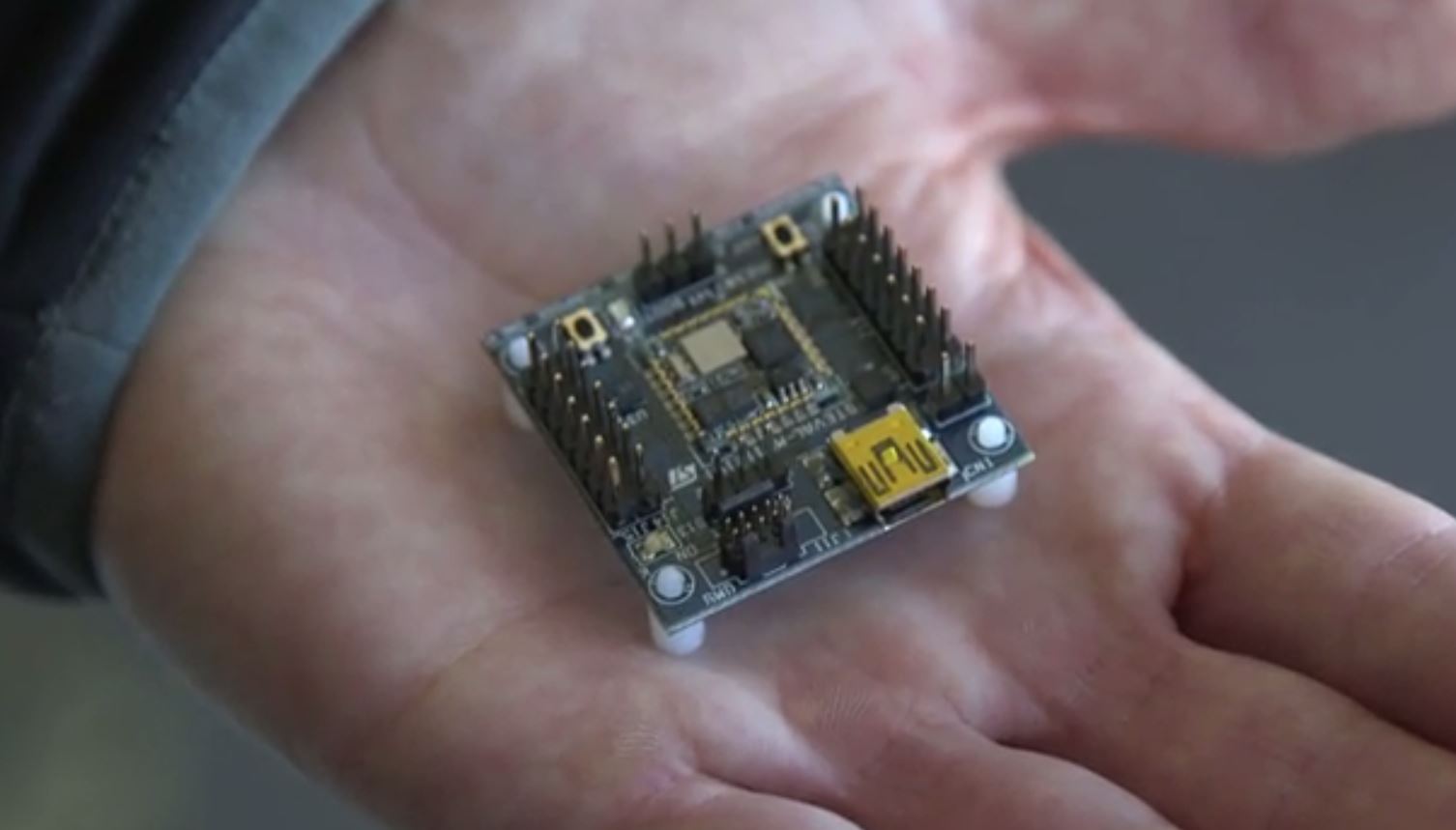 Technology that keeps track of how your smartphone is oriented can now give $50,000 ultrasound machines many of the 3-D imaging abilities of their $250,000 counterparts — for the cost of a $10 microchip.

Doctors and engineers from Duke and Stanford universities will demonstrate their device Oct. 31 at the American College of Emergency Physicians (ACEP) Research Forum in Washington, D.C.

The key to the technology is a fingernail-sized microchip that mounts onto a traditional ultrasound probe — the plastic scanner that slides over gel-slathered skin to relay two-dimensional images of what lies beneath.

Just like a Nintendo Wii video game controller, the chip registers the probe’s orientation, then uses software to seamlessly stitch hundreds of individual slices of the anatomy together in three dimensions.

The result is an instant 3-D model similar in quality to a CT scan or MRI, said Joshua Broder, M.D., an emergency physician and associate professor of surgery at Duke Health and one of the creators of the technology. Two-D ultrasound machines with higher resolution have clearer 3-D pictures.

“With 2-D technology you see a visual slice of an organ, but without any context, you can make mistakes,” Broder said. “These are problems that can be solved with the added orientation and holistic context of 3-D technology. Gaining that ability at an incredibly low cost by taking existing machines and upgrading them seemed like the best solution to us.”

Broder pondered the possibilities of 3-D ultrasound in 2014 while playing with a Nintendo Wii gaming system with his son, he said. With the game console’s ability to accurately track the exact position of the controller, he wondered, why not just duct-tape the controller to an ultrasound probe?

After tinkering on his own for a year, he took sketches to Duke’s Pratt School of Engineering, connecting with then-undergraduate Matt Morgan, and biomedical engineering instructors and professors Carl Herickhoff and Jeremy Dahl, who have since taken positions at Stanford where they continue to develop the device.

The team has used Duke’s own 3-D printing labs to create their prototypes, which start with a streamlined plastic holster that slips onto the ultrasound probe. A technician can use the probe as usual, or add 3-D images by simply snapping on a plastic attachment containing the location-sensing microchip. To get the best 3-D images, the team also devised a plastic stand to help steady the probe as the user hones in on one part of the anatomy.

The microchip and the ultrasound probe connect via computer cables to a laptop programmed for the device. As the user scans, the computer program whips up a 3-D model in seconds.

Both Duke and Stanford are testing the technology in clinical trials to determine how it fits in the flow of patient care. The creators believe some of the most promising uses could be when CT scans or MRIs are not available, in rural or developing areas, or when they are too risky.

“With trauma patients in the emergency department, we face a dilemma,” Broder said. “Do we take them to the operating room not knowing the extent of their internal injuries or bleeding, or do we risk transporting them to a CT scanner, where their condition could worsen due to a delay in care? With our new 3-D technique, we hope to demonstrate that we can determine the source of bleeding, measure the rate of bleeding right at the bedside and determine whether an operation is really needed.”

Newborn babies are also notoriously difficult to get images of, but doctors may need numerous scans when babies are born with fluid on the brain or a congenital condition. MRI machines require patients to be still for minutes at a time, which often means sedating an infant. CT scans provide excellent 3-D images, but expose the infant to radiation.

In their ACEP presentation, Broder and colleagues will describe how they collected 3-D images of the brain of a 7-month-old with hydrocephalus, or fluid on the brain, while the baby napped.

“Ultrasound is such a beautiful technology because it’s inexpensive, it’s portable, and it’s completely safe in every patient,” said Broder. “And it’s brought to the bedside and it doesn’t interfere with patient care.”

Broder, Herickhoff, Dahl and Morgan are listed as the inventors on an international patent and believe their current clinical trials and support could allow them to bring the technology to market in a couple of years.

The team is also working to bridge some of gaps between their adapted 3-D ultrasound and 3-D machines already on the market, such as the ability to capture a beating heart in motion.

“In emergency medicine, we use ultrasound to look at every part of the body — to look at blood vessels that we put catheters into, to checking on a trauma patient to see where they’re bleeding,” Broder said. “In this case we can augment 2-D machines and improve every one of those applications. Instead of looking through a keyhole to understand what’s in the room, we can open a door and see everything in front of us.”