A team of Brown University researchers has been able to watch in real time what happens to neurons after they experience the kinds of forces involved in a blow to the head. Their findings, published in the journal Scientific Reports, could help scientists to understand how traumatic brain injury unfolds at the cellular level.

The study was done using a custom-built laboratory device that can compress neurons inside 3-D cell cultures while using a powerful microscope to continuously monitor changes in cell structure.

“This is the first study that applied this kind strain to brain cells and followed them over time,” said Christian Franck, an assistant professor in Brown’s School of Engineering and the paper’s corresponding author. “We’re excited because we can finally get some concrete information about when cells start to degenerate, when they die and what the process looks like.” 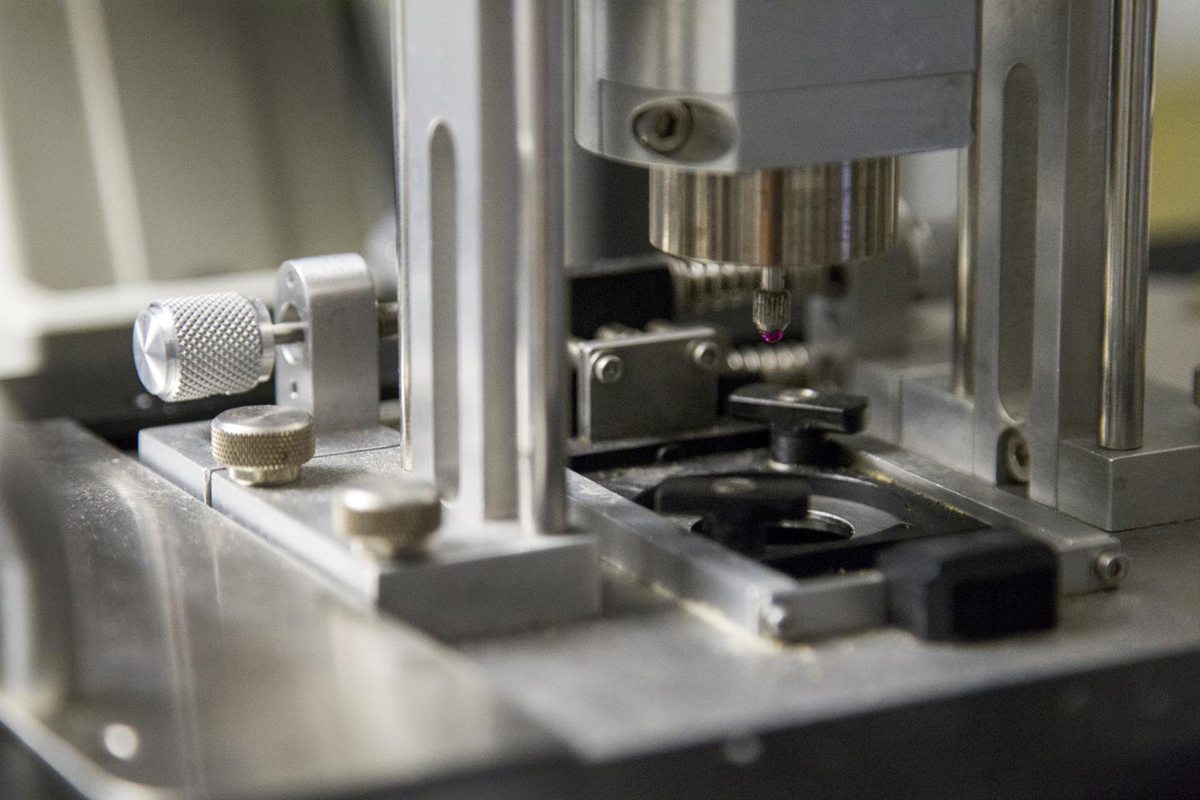 A new device developed at Brown University can deliver concussive force to neurons growing in a 3-D matrix and image the effects in real time. Researchers are hopeful that the device can shed critical light on how traumatic brain injury unfolds at the cellular level. (Credit: Nick Dentamaro / Brown University)

Among the study’s key findings was that after a compression event with forces similar to those involved in traumatic brain injury (TBI), it takes approximately six hours for neurons to develop irreparable structural damage. That suggests that there may be a window for therapeutic intervention aimed at minimizing further damage, Franck said.

The study also found two different types of structural damage occurring in cells following compression. One type, called diffuse axonal injury, scientists know well as a hallmark manifestation of cellular TBI. But the second form, which also led to cell death, has not previously been associated with TBI. That finding suggests that the full extent of TBI damage in the brain could be underestimated in some cases.

“We hope that this work provides some fundamental guideposts for future research on TBI,” Franck said. “Once we understand how this works at a basic cellular level, then we can start to think about adding the complexity back in and understanding how it works in the brain.”