Heartbreak elicits an impressively comprehensive list of negative emotions at its outset—chiefly among them are fear, anger, angst, and binge eating. Heartache takes its toll emotionally, but one Redditor has shown that the heart may physically undergo change following a breakup by posting his fitness tracker’s resting heart rate data over the course of 30 days.

The screenshot of the heart rate data collected by “johnnybags” indicates an initial spike of 75 bpm, most likely demonstrating the fight that preceded the breakup and subsequent emotional fallout. But apart from a second spike of approximately 67 bpm about 15 days in—perhaps the result of his ex-girlfriend coming back to pick up her things—the data shows a steady decline to about 61 bpm. Looks like it was a good idea for johnnybags to get out of this one: a reduced resting heart rate usually means calming and relaxation. 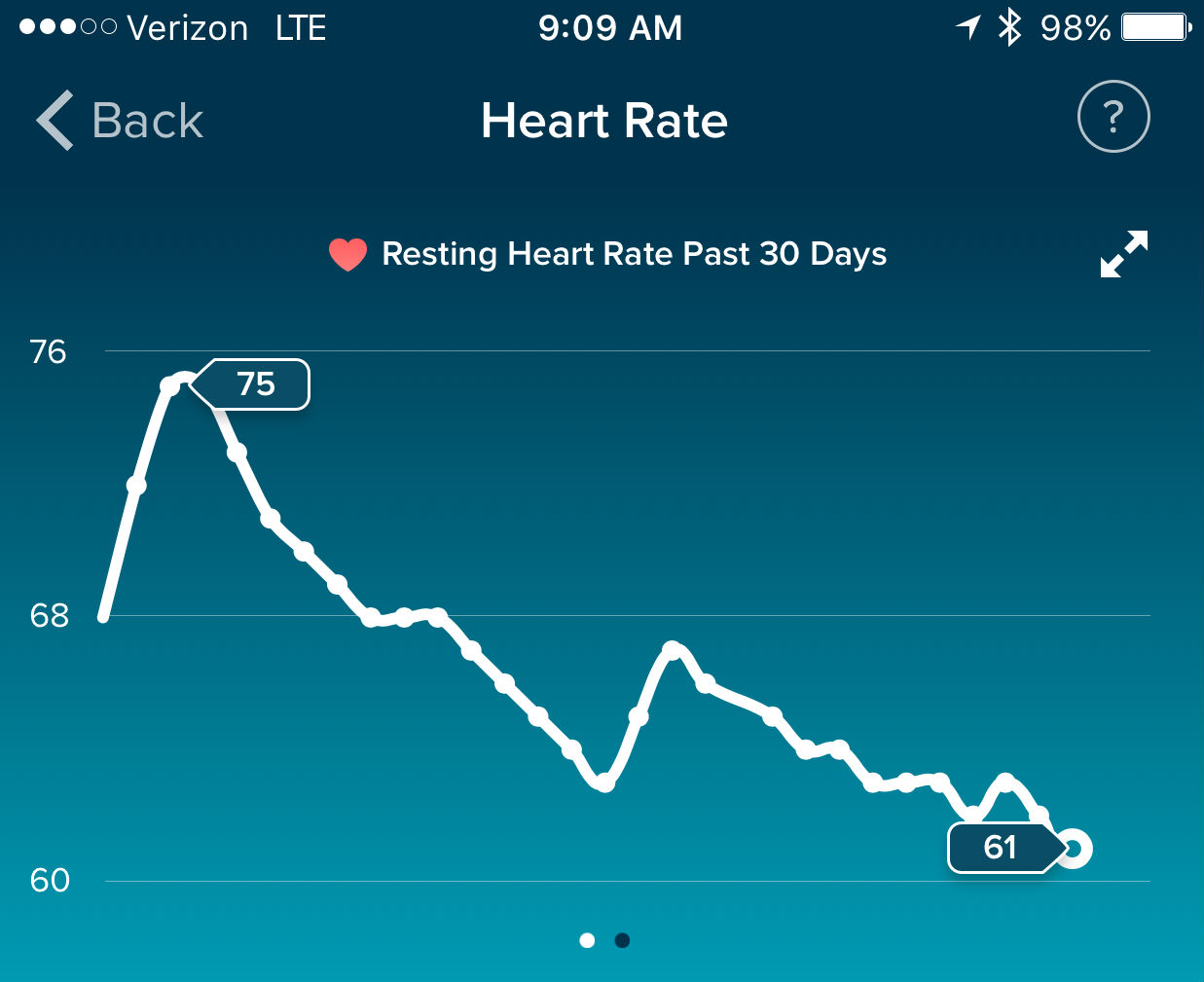 An excellent defense against trying to patch things up.

The comments section is of course rife with humor: one commenter jokes “That’s what peace looks like,” while another somewhat shrewdly remarks “…at least now you have the data to prove you’re better off without her!”

However, it would be irresponsible to take the Fitbit information at face value and assume that johnnybags’ heart rate data perfectly correlates to his relationship turmoil. His announcement eventually reached Dr. Jerome Ment, consultant cardiologist at Spire Parkway Hospital in Solihull, who reminded the Reddit community at large that “There are many things that may affect heart rate including activity, drugs, temperature, genetic factors and heart disease itself. Stress or anxiety may cause transient rises in heart rate but this is usually transient rather than sustained.”

Without inciting a correlation-causation debate, it certainly seems like johnnybags’ Fitbit was able to track his relative relaxation over time after terminating a (most likely) unhealthy relationship. There’s no way to truly know whether or not it was johnnybags’ transition into carefree single life that slowed his heart down. Perhaps, as many recently single people do, he began a diet and exercise regimen to counteract the “relationship gut” that many long-term couples gain. Or, maybe he started meditating to ease the stress. (There’s unfortunately not much more to go on—Redditors don’t usully follow up on that sort of thing.)

Though he was probably too busy fighting with his ex-girlfriend at the time, it would have been illuminating to see johnnybags’ heart rate data in the month leading up to the breakup. If his heart rate was shown to be consistently high before the split, it would definitely lend credibility to the theory that Fitbit (or any other device that tracks heart rate long-term) can provide data to analyze how emotional events affect physical health.