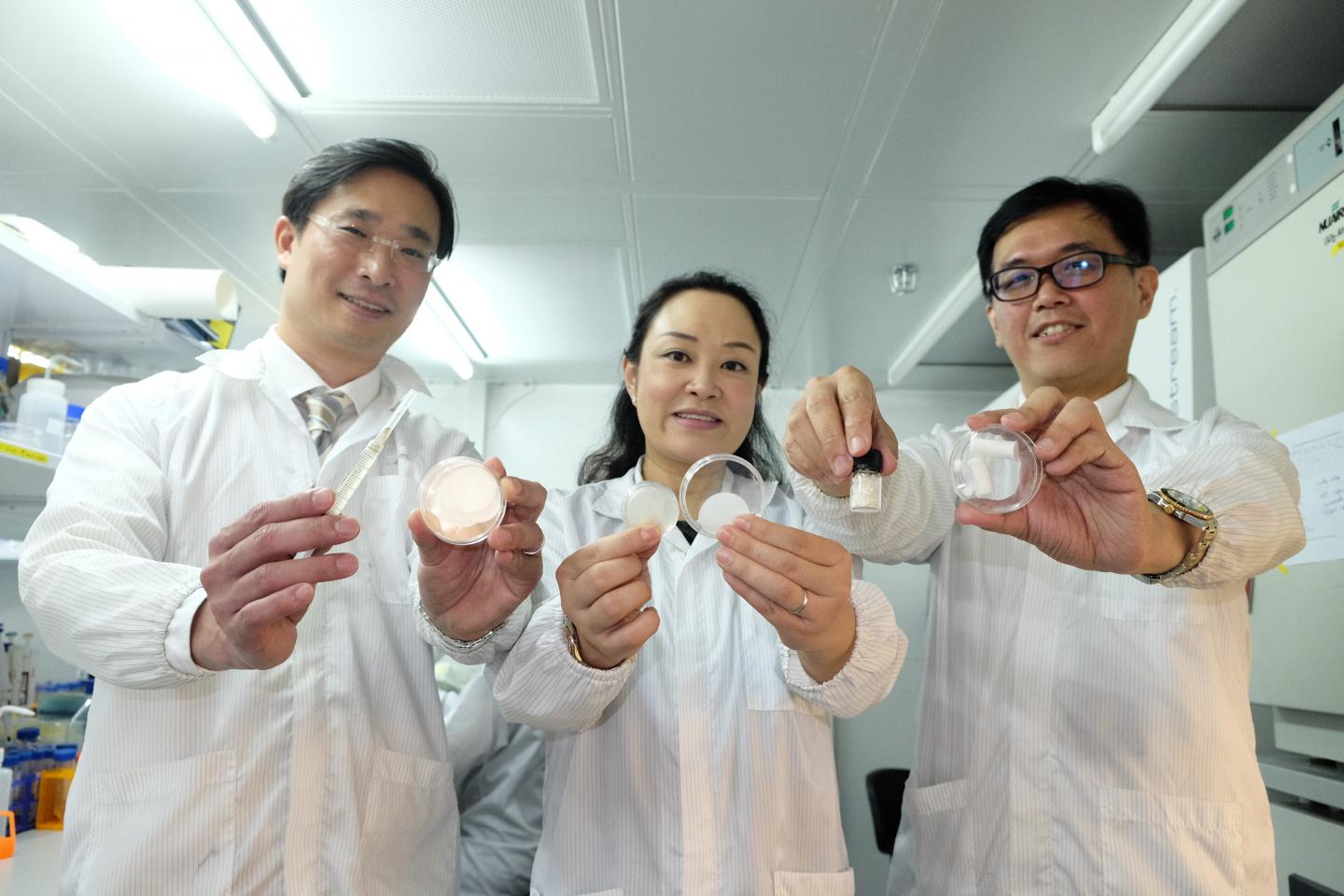 Scientists from Nanyang Technological University, Singapore (NTU Singapore) have developed a new gel patch prototype that could speed up the healing of a skin wound while minimising the formation of scars. The team unveiled the patch today as a proof-of-concept.

When fully developed, this healing patch could be a boon for diabetic patients, who suffer from hard-to-heal skin lesions and for patients undergoing surgery.

The new patch is unlike other single-purpose patches in the market, which either reduce the scarring or improve healing, but not both.

In the published paper, the team found that a protein known as Angiopoietin-like 4 (ANGPTL4) reduces inflammation in the early phase of wound healing in mice models. Later, it helps in the formation of new blood vessels and cell growth, and at the final phase, reduces scarring.

The team developed their patch enriched with ANGPTL4 to control the amount of scarring. NTU already has a patent on the use of Angiopoietin-like 4 (ANGPTL4) in wound healing, which can be licensed to pharmaceutical companies.

Assoc Prof Andrew Tan, the corresponding author of the paper, said scarring happens when excessive collagen produced by the body is assembled in one direction.

“To reduce scars, all we had to do was to find a ‘tuning knob’ that controls the amount of collagen produced, instead of turning it off completely which is what typical anti-scarring medicine does, and which could interfere with the healing process,” explained Assoc Prof Tan from NTU’s School of Biological Sciences.

In their experiments involving mice with diabetic wounds, a wound was shown to heal stronger and thrice as fast with the application of ANGPTL4.

Asst Prof Cleo Choong, a materials scientist from the School of Materials Science and Engineering said the active ingredient ANGPTL4 can be harvested from discarded fatty tissues from patients in hospitals.

“The easy extraction of ANGPTL4 also could mean that in future, a surgeon can use the patient’s fat and turn it into a healing agent on the spot, to promote faster recovery of the patient’s wounds after an operation,” she explained.

“In addition, we have developed ways to package ANGPTL4 into easy-to-use formulations such as gel patches, topical creams and injectable microcapsules. This will make it easy for doctors and even patients to use in future, should the product be made available to the market,” said Asst Prof Choong.

How the patch works

However, turning off collagen production could be counter-productive for wound repair, since collagen is needed for various processes in skin repair and regeneration.

To control the amount of collagen produced and its assembly, Assoc Prof Tan and Asst Prof Choong studied what causes scar collagen production to go into overdrive. They found that a protein called Scleraxis was found to be working with the TGFbeta-Smad3 pathway whenever scars were produced.

Scleraxis plays an important role in the formation of tendons, which are composed of parallel arrays of collagen closely packed together and similar in structure to scar tissue.

Also, the ANGPTL4 protein could be useful for other fibrotic diseases such as keloids. A keloid is a type of raised scar that is larger than the wound that caused the scar, and has no known treatment or prevention.

Already there are other research studies, using extracts of ANGPTL4 protein from placenta and adipose (commonly known as fat) tissue, demonstrating accelerated healing in wounds.

Assoc Prof Tan, who also has a joint appointment at NTU’s Lee Kong Chian School of Medicine, is one of the leading experts on ANGPTL4 and holds several patents regarding its use in the treatment of infectious diseases, cancer and skin conditions. Research interests in his group include skin wound repair and novel drug targets in tumour metastasis.

The research was funded by the Skin Research Institute of Singapore (SRIS), a collaboration between the Agency for Science, Technology and Research (A*STAR), National Skin Centre (NSC) and NTU.