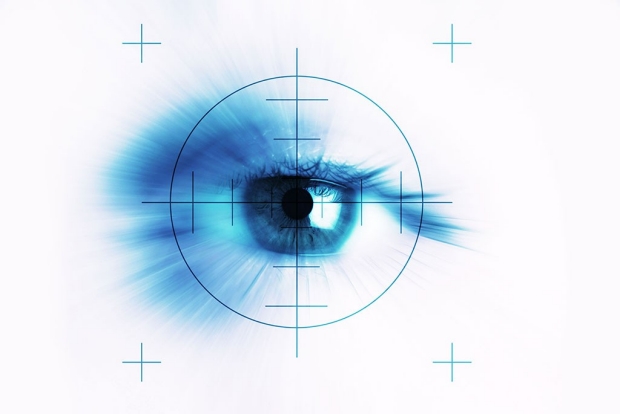 Demonstrating the potential of precision health, a team led by a researcher at the Stanford University School of Medicine has matched existing drugs to errant proteins expressed by patients with a rare eye disease.

The team employed proteomics, the large-scale study of proteins, in identifying four on-the-market drugs that successfully quelled symptoms triggered by several of the overabundant proteins. The findings, although not curative, demonstrate the potential of treating rare and complex eye conditions — and potentially other inflammatory diseases — by matching existing drugs with proteins that are abnormally expressed in the eyes of individual patients.

A paper describing the research was published online Dec. 21 in JCI Insight. Mahajan is the senior author. Gabriel Velez, an MD-PhD student at the University of Iowa and a visiting research scholar at Stanford, is the lead author.

“Patients with rare diseases often have few therapeutic options, and many conventional therapies fail them,” Velez said. “Proteomic profiling allows for clinicians to analyze a patient’s diseased tissue in real time and identify proteins that are targeted by already-approved drugs.”

The genetic eye disease is called neovascular inflammatory vitreoretinopathy, or NIV. It is a progressive, inflammatory condition that evades all current therapies. Patients with the disease eventually go blind. It is exceptionally rare and only affects a handful of families worldwide, including an Iowa family studied and treated by Mahajan when he was at the University of Iowa. Initial symptoms, which include internal inflammation of the eye, cataract development and vision changes, usually appear when individuals are in their 20s. By the time patients are in their 50s and 60s, their vision has usually deteriorated into blindness, Mahajan said. Sometimes, eyes become so atrophied and painful they need to be removed.

Although a team led by Mahajan identified the gene responsible for the disease in 2012, a cure has yet to be developed. In the past, clinicians treating NIV patients used a trial-and-error approach to treat each symptom as it appeared, Mahajan said.

“This constant uphill battle to save the vision of NIV patients made us determined to find the molecules active inside the eye that can lead us to better therapies,” Mahajan said.

Researchers performed liquid biopsies: A small amount of intraocular fluid was extracted from eight eyes of members of the same family at various stages of NIV and, as a control, four eyes with a noninflammatory eye disease. The researchers looked for 200 types of immune-signaling molecules called cytokines and identified 64 that were different, usually more abundant, in the eyes affected by NIV. In addition, they found that a protein called TNFalpha, which is usually abnormal in inflammatory conditions, was not elevated. Clinicians had previously assumed it was a culprit in NIV, yet infusions of an anti-TNFalpha drug called infliximab hadn’t alleviated symptoms for patients with the disease. Now they know why.

“That’s one of the important stories here,” Mahajan said. “There’s no target for the drug inside the eye, which totally explains why the drug didn’t work. One of the benefits of this precision health approach is to identify which drugs we shouldn’t use.”

The researchers worked through the symptoms of the disease, matching each one with abnormal levels of proteins from the biopsies, and then with existing drugs that could potentially provide relief.

One feature of NIV is the excessive formation of new blood vessels in the retina, which can lead to a blinding hemorrhage. Clinicians traditionally treat this type of hemorrhage with surgery. However, eye surgery prompts inflammation and scarring in NIV patients. The protein analyses revealed elevated levels of vascular endothelial growth factor, or VEGF, that correlated with moderate cases of the disease. The researchers turned to an anti-VEGF drug, bevacizumab, which had been approved to treat macular degeneration. Injections of bevacizumab were able to resolve hemorrhages in seven NIV eyes without surgery, the study said.

Another symptom of NIV is cellular inflammation and leakage of proteins into the eye, which patients experience as cloudy vision, akin to looking through a fog, with occasional “floaters” or shadows, Mahajan explained. Through the protein analysis, researchers spotted several abnormally expressed molecules that drive these inflammatory symptoms. The molecules help determine the fate of developing immune cells known as T cells. After reviewing existing drugs, the researchers decided to try injections of methotrexate, which targets T cells in arthritis. It successfully reduced the number of inflammatory cells in the eye, the study said.

One of the benefits of this precision health approach is to identify which drugs we shouldn’t use.

The protein analysis also revealed numerous inflammatory compounds that could be treated with steroids, so the research team decided to put steroid implants into three of the NIV eyes. The implants, which release steroids continuously over two years, reduced levels of 31 molecules related to inflammation and the eye’s abnormal immune response.

But the study participants eventually developed scarring around the implants, suggesting that some of the proteins contributing to inflammation weren’t effectively blocked by steroids. And even after the steroid implantations, these eyes still expressed elevated levels of the inflammation-related protein interleukin-6.

The researchers used this clue to solve another issue in NIV: Scar tissue grows inside the eye, causing the retina to detach from the back of the eye. Surgery is the only option for treating this complication, but in NIV the scarring is so extensive the retina detaches again after the surgery. The researchers gave one participant in the study, who had already lost the use of one eye, a drug called tocilizumab to block interleukin-6 after reattaching her retina. The surgery was effective, marking the first time a retina has remained attached in an NIV patient and suggesting the drug may be beneficial to others with scarring inside the eye, Mahajan said.

The researchers also used the protein analysis to supplement and confirm the classification of NIV into five stages of severity. Now, in addition to physical symptoms, they know which proteins are most active in each stage, Mahajan said. For future patients, a liquid biopsy from the eye could help provide more precise diagnoses, he said.

“For the NIV patients in this family, the slope of their decline, once steep, is now more gradual. We’re still working on a cure,” Mahajan said. “But we can do a better job of trying to maintain their sight with what we’ve learned.”

The applications of the approach are even broader, Mahajan said.

“In the future, we can imagine, in difficult-to-diagnose patients or patients not responding to treatment, just removing a few drops of fluid from the eye to very quickly learn exactly which proteins to target,” he said. “Liquid eye biopsies are outpatient procedures that are safe and painless.”

Mahajan said he believes the work illustrates the power of proteomics, which could help fulfill the potential of precision health to diagnose diseases before they advance and provide a real-time look at biochemical processes driving disease.

“This is a fantastic example of the precision health approach we’re taking in ophthalmology at Stanford,” said Jeffrey Goldberg, MD, PhD, professor and chair of ophthalmology. “It’s innovative, has broad applicability and, most importantly, is helping patients.”

Mahajan is a member of Stanford Bio-X and Stanford ChEM-H. Researchers at the University of Iowa and Columbia University also contributed to the study.