Scientists at Michigan State University have discovered a new kind of stem cell, one that could lead to advances in regenerative medicine as well as offer new ways to study birth defects and other reproductive problems.

“Other scientists may have seen these cells before, but they were considered to be defective, or cancer-like,” said Parenti, who works in the lab of Amy Ralston, MSU biochemist, cell and molecular biologist and co-author of the study. “Rather than ignore these cells that have been mislabeled as waste byproducts, we found gold in the garbage.” 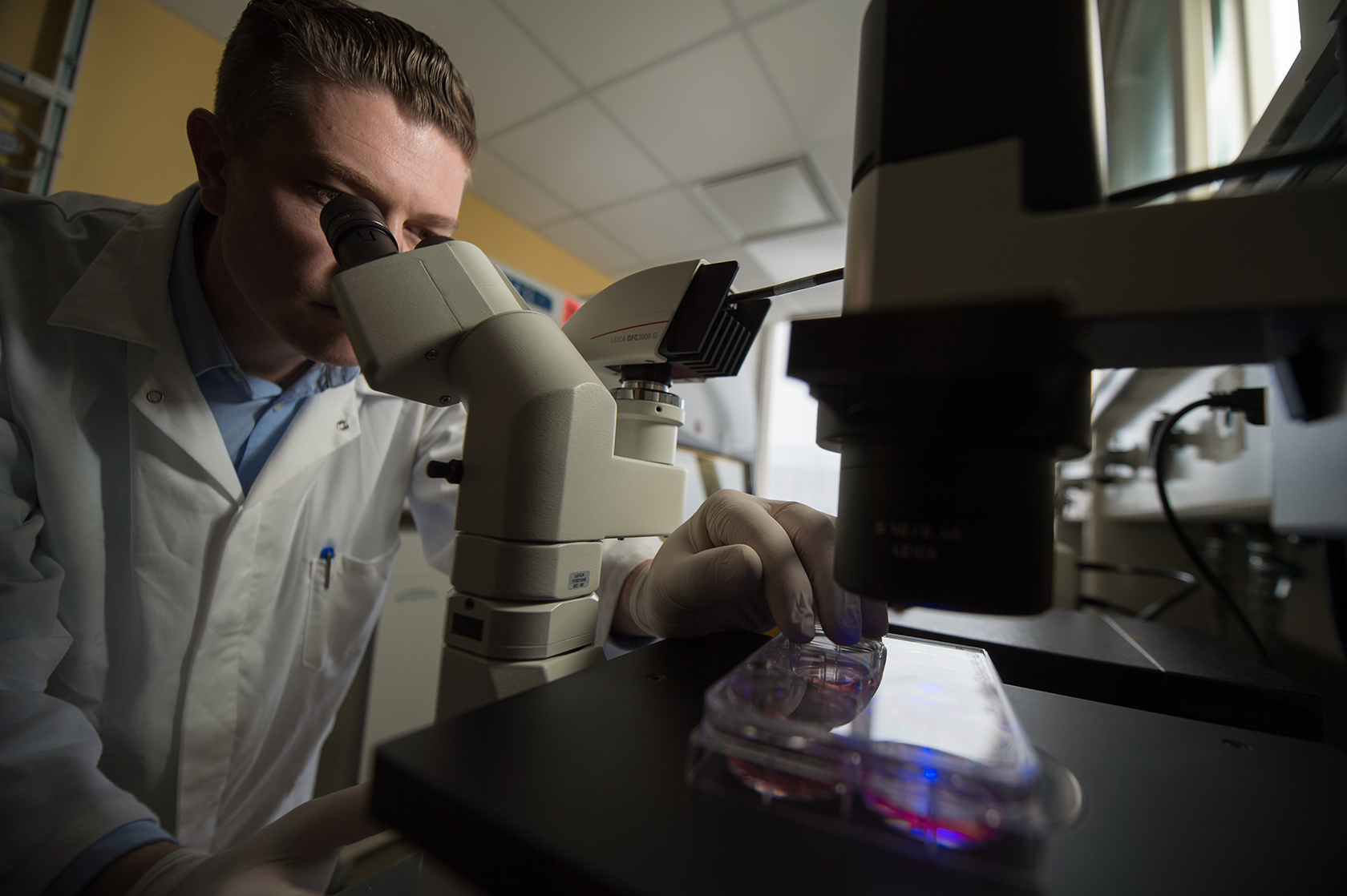 Tony Parenti led a team of MSU scientists in discovering a new kind of stem cell, one that could lead to advances in regenerative medicine as well as offer new ways to study birth defects and other reproductive problems. (Credit: G.L. Kohuth)

For example, if a patient has a defective liver, healthy cells could be taken from the patient, reprogrammed into iPS cells, which could then be used to help regenerate the person’s failing organ. Taking cells from the same patient may greatly reduce the chance of the body rejecting the new treatment, Parenti said.

Parenti and his team speculated that if the embryo produces both pluripotent and XEN cells, this might also occur during reprogramming.

The eureka moment came when Parenti discovered colonies of iXEN cells popping up like weeds in his iPS cell cultures. Using mice models, the team spent six months proving that these genetic weeds are not cancer-like, as previously suspected, but in fact, a new kind of stem cell with desirable properties.

“Nature makes stem cells perfectly, but we are still trying to improve our stem cell production,” Parenti said. “We took what we learned by studying the embryo and applied it to reprogramming, and this opened up a new way to optimize reprogramming.”

The team wouldn’t have made this breakthrough without the high level of collaboration and access to cutting-edge facilities at Michigan State, he added.

The next steps of this research will involve seeing if this process occurs in human cells. XEN cells have yet to be discovered in humans, but the possibility of their existence is a key focus of the field.

“It’s a missing tool that we don’t have yet,” Ralston said. “It’s true that XEN cells have characteristics that pluripotent stem cells do not have. Because of those traits, iXEN cells can shed light on reproductive diseases. If we can continue to unlock the secrets of iXEN cells, we may be able to improve induced pluripotent stem cell quality and lay the groundwork for future research on tissues that protect and nourish the human embryo.”