A new super-vaccine with the ability to eliminate all 90 known strains of the world’s deadliest bacterial disease is being developed.

G-PN is a whole cell pneumococcal vaccine that is inactivated by exposure to gamma irradiation. It was developed by researchers from the University of Adelaide in South Australia and is capable of preventing disease caused by all serotypes of pneumococcus (Streptococcus pneumoniae).

Lead researcher James Paton said G-PN would help to increase immune responses to pneumococcus because it kept the antigenic structure of protein surfaces on the bacterium.

“Pneumococcus is a big deal in terms of disease and it is the biggest bacterial killer on the planet,” he said. “There are currently similar wholesale vaccines being developed, which have used chemical killing but that is nowhere near as good. The fact that gamma radiation is being used to inactivate it makes it a better vaccine.” 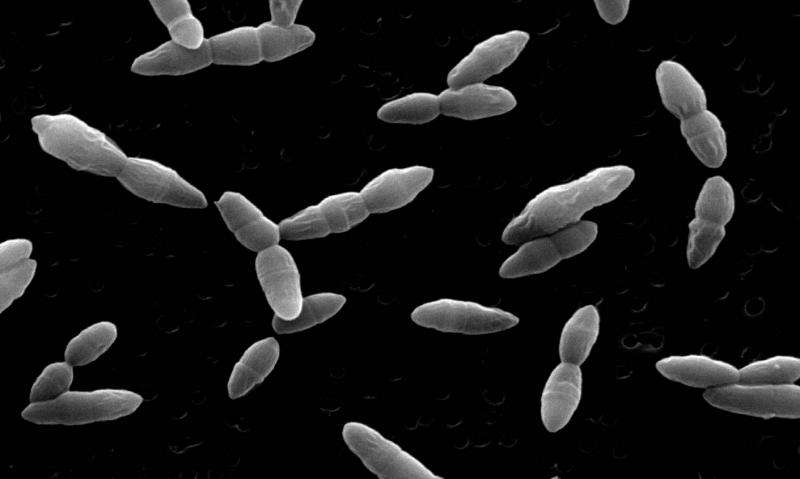 Electro-magnetic image of the Gamma-PN vaccine. (Credit: University of Adelaide)

Gamma irradiation is used to target and break down the DNA strands on the pneumococcal bacterium. This ensures that the bug is no longer viable and is unable to replicate.

The gamma irradiation also leaves proteins on the surface of the bug intact, which is important because it allows them to be recognized by the immune system.

Professor Paton said additional work was being done to co-administer G-PN with a gamma-irradiated influenza vaccine. Professor Paton and his team are awaiting an outcome of a NHMRC funding application to fund the completion of pre-clinical studies.

“We are collaborating with a small spinout company to do this and at the moment it is still in the laboratory stage. We are waiting to hear the outcome of funding which would help us achieve the last steps we would need.”