The ultimate science fiction story: a robot smaller than the size of a pin head blasts its way into a patient’s bloodstream to battle a dreaded disease.

Brock researcher Feng Li chuckles at the imagery and then gets excited. He points to a drawing of what looks like a sun with many squiggly rays sticking out. “This one cannot fix disease, but the idea is somehow similar.”

Li is referring to a “nanomachine” – a nano-sized robot – his research team created that has the potential to detect diseases in a blood sample within 30 minutes.

The three-dimensional, microscopic robot consists of a 20-nanometer particle made out of gold.

Short and long strands of deoxyribonucleic acid, or DNA, are attached to the gold particle. DNA is the main component of chromosomes and carries genetic information for all cells. But here DNA molecules are used as building blocks to construct and operate the nanomachine. 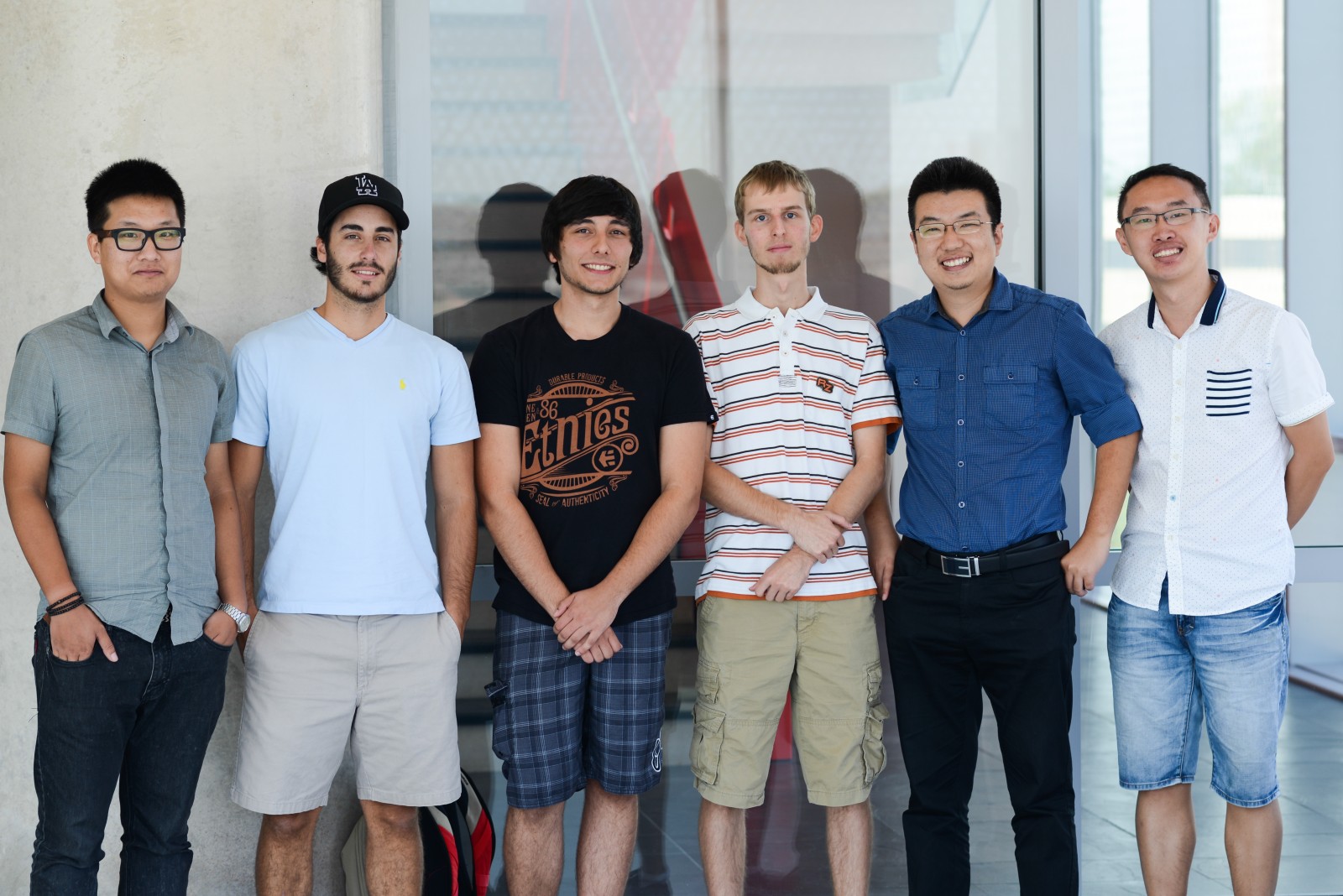 The long DNA strands contain the genetic sequences of whatever specific disease is being tested for, while the short DNA strands carry fluorescent signal reporters.

The robot is then dropped into serum extracted from human blood. If biomarkers for the specific disease are present in the serum, the machine turns on; if the sample is disease-free, the robot remains off.

Once turned on by disease biomarkers, the nanomachine automatically uses its long DNA strands to slice the short DNA strands, activating the fluorescent signals.

The serum sample will then glow.

Li and his team used their nanomachine to detect tuberculosis, a potentially fatal, infectious lung disease that causes havoc in some parts of the world.

“We tested our nanomachine using a fragment of tuberculosis DNA in the test-tube,” Li, Assistant Professor of chemistry, explains. “We mixed this DNA fragment into the human serum obtained from healthy donors to mimic a TB patient sample. We then added our specifically-designed nanomachine into this serum sample and measured the fluorescence generated from the nanomachine.”

Li explains that, unlike conventional diagnostic testing methods that require sophisticated equipment, highly trained personnel and at least a day to get results, the 3D nanomachine technique can be used in most clinics and labs, with results in as little as a half-hour.

“We wanted something to be simple,” he says. “The design is complicated, but the way you use it is extremely simple. All you need is to mix things together and wait to see the fluorescent signal.”

Graduate student Xiaolong Yang is the lead author of the team’s recent paper.

“If one day the 3D nanomachine technique is applied to real clinical service for primary-stage patients’ disease diagnostic, it will save thousands of lives,” he says.

“Also, this technique is full of potential for replacing the old-fashioned, time-consuming and labor intensive diagnostic technique in the future medical community. This is a very simple tool, but it could highly impact future medical care.”

The next step in the research, says Li, is to incorporate DNA strands that can capture specific micro ribonucleic acid, or microRNA, onto the nanomachine. MicroRNA “is a very important biomarker for cancer. We want to use the nanomachine to detect cancer by means of detecting circulating microRNA in human serum.”

The researchers are also exploring ways to commercialize their nanomachine so that the machine can be used easily for disease screening.

This article originally appeared in The Brock News.