Scientists at Los Alamos National Laboratory are developing a miniature, tissue-engineered artificial lung that mimics the response of the human lung to drugs, toxins and other agents.

“We breathe in and out thousands of times every day. And while we have control over what we eat or drink, we don’t always have control over what we breathe in,” said Jennifer Harris of Biosecurity and Public Health at Los Alamos, “and so we’re making this miniature lung to be able to test on actual human cells whether something in the environment, or a drug, is toxic or harmful to us.”

Nicknamed “PuLMo” for Pulmonary Lung Model, the device consists of two major parts, the bronchiolar unit and the alveolar unit—just like the human lung. The units are primarily made from various polymers and are connected by a microfluidic “circuit board” that manages fluid and air flow.

“When we build our lung, we not only take into account the aspects of different cell types, the tissues that are involved, we also take into account that a lung is supposed to breathe, so PuLMo actually breathes,” said Pulak Nath of Applied Modern Physics, who leads engineering efforts for the project. 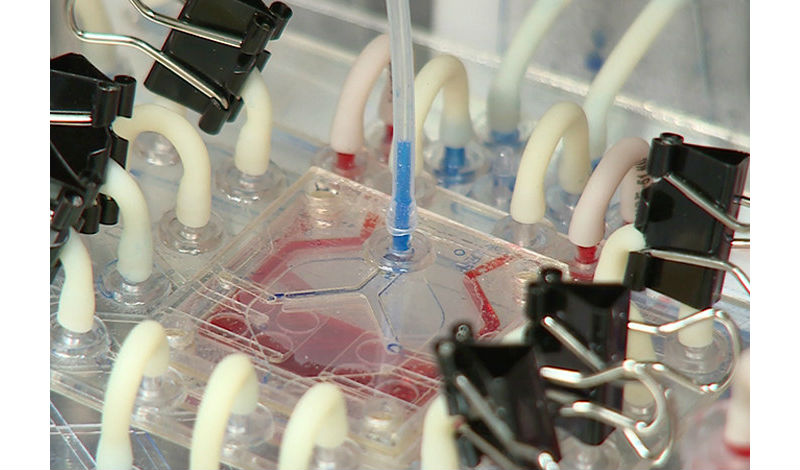 The most exciting application of PuLMo is a potentially revolutionary improvement in the reliability of drug-toxicity assessments and the prediction of new pharmaceutical success in humans, according to Harris. “Historically, drug trials have been done in many different types of animals. Some of them have passed animal trials and in human trials they’ve failed or even killed people,” she said.

The PuLMo may also be designed to mimic lung disease conditions, such as Chronic Obstructive Pulmonary Disease (COPD) and asthma, and may be used to study lung air-flow dynamics to better understand the mechanisms of toxins and drug delivery and the effects of smoking, particularly the less-understood effects of e-cigarettes. 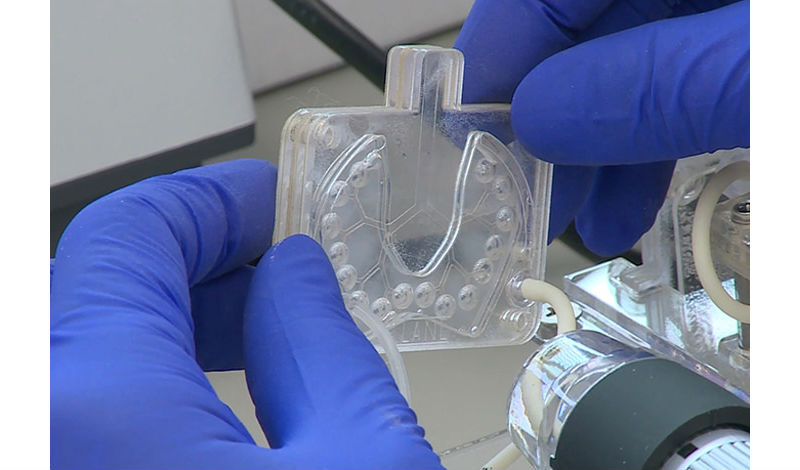 The PuLMo alveolar unit is readied for testing.

Major funding for the PuLMo project is provided by the Defense Threat Reduction Agency. PuLMo is part of the larger ATHENA program to design an integrated, miniaturized surrogate human organ system that includes the heart, liver, lung and kidney.