Academics at Loughborough University hope to boost early detection rates of cancer in developing countries with their portable lab-in-a-briefcase that can operate even at high temperatures.

Believed to be the first kit of its kind dedicated to the portable measurement of cancer biomarkers, the concept is the brainchild of Dr. Nuno Reis, a Lecturer in Chemical Engineering. The full study has been published in the Lab on a Chip journal.

The number of people dying from cancer in developing countries is on the increase, partly due to steadily ageing populations, but also due to limited access to proper diagnostic tools. Cancer is a leading cause of death worldwide, accounting for over 8 million deaths per year, and 70% of the world’s cancer deaths occur in Africa, Asia and Central and South America. The number of new cancer cases is expected to rise by 70% over the next two decades1.

With the help of his Research Associate Ana Isabel Barbosa, Dr. Reis has developed a solution for diagnostic testing in remote areas of developing countries that lack adequate technology to support a full laboratory.

The lab-in-a-briefcase comprises of four components; a manually driven multi-syringe device capable of performing up to 80 simultaneous tests from whole blood samples at any one time; microwell plates pre-loaded with assay reagents; a portable USB-powered film scanner to image the test strips; and a portable computer for real-time data analysis.

The entire system can be carried in a small briefcase, handbag or laptop case, and requires just one operator with minimal training to conduct the test within 15 minutes – with no need for additional equipment or instruments.

One of the remarkable features of the lab-in-a-briefcase is that it uses whole blood without the need for any sample preparation – a previously challenging task outside of a laboratory setting. 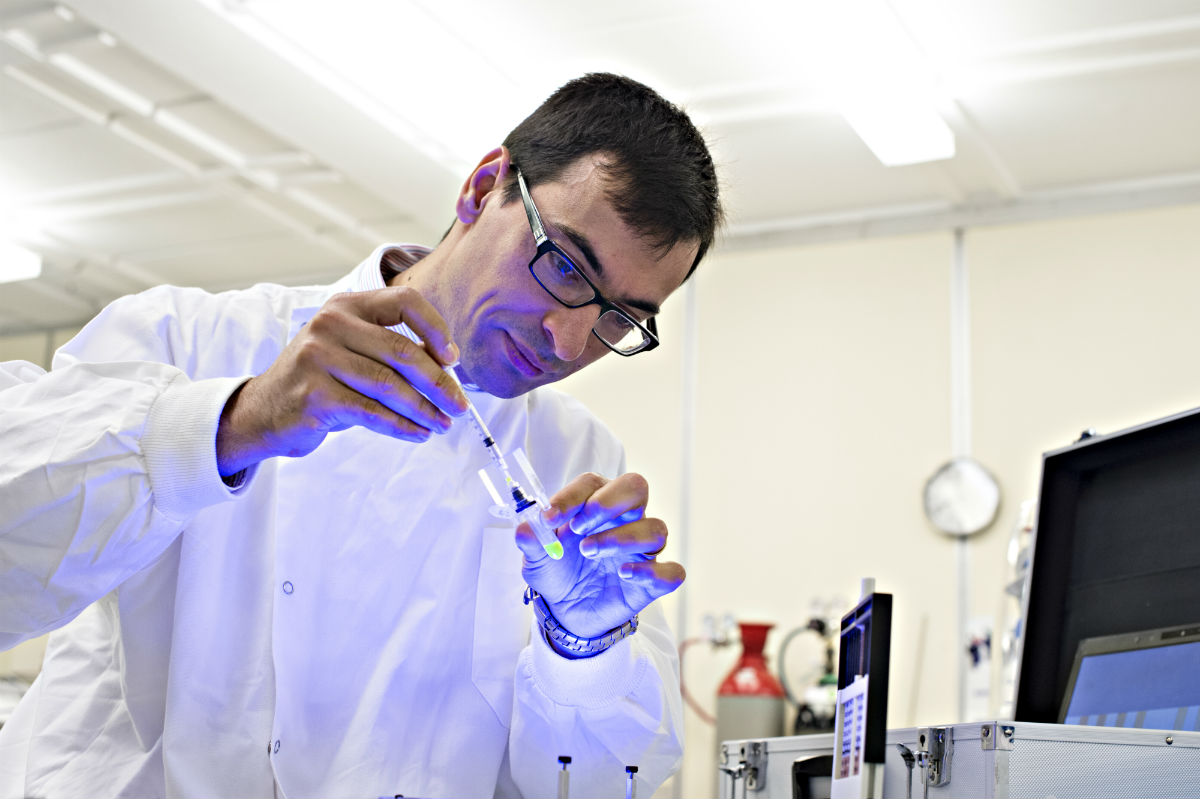 The lab-in-a-briefcase comprises of four components; a manually driven multi-syringe device capable of performing up to 80 simultaneous tests from whole blood samples at any one time; microwell plates pre-loaded with assay reagents; a portable USB-powered film scanner to image the test strips; and a portable computer for real-time data analysis.

A new affordable and disposable microfluidic test strip – comprising of tiny tubes about the size of a human hair – is used specifically for the quick measurement of different types of cancer biomarkers in a whole blood sample. This technology, which operates in a similar way to a pregnancy test, has already been used successfully by Dr. Reis in a separate study that detected prostate cancer with the help of a smartphone camera.

Dr. Reis said: “Our lab-in-a-briefcase is both inexpensive and simple to use; it means that high precision diagnostic kits, complete with clinical laboratory equipment, can be made accessible to remote populations, and this is what makes it a truly life-changing concept for the screening and monitoring of different types of cancer.

“This portable lab can really make a difference, boosting levels of cancer detection in developing countries where ordinarily people would not have such easy access to early diagnostics. I envisage that our lab-in-a-briefcase could also be developed further in the future to allow for rapid testing of infectious diseases and allergens.”