Three corporate giants seeking to attack rising health care costs have turned to a Harvard professor who has written books about the system’s many flaws.

Amazon, JPMorgan Chase and Berkshire Hathaway have named Dr. Atul Gawande CEO of a venture the companies announced earlier this year: an independent company focused on improving the care delivered to their employees while doing a better job of managing the expense.

Health care researchers have said any solutions produced by this new undertaking will spread well beyond the estimated 1 million workers the three companies employ in the United States. Businesses that provide employee health coverage are eager to find solutions for costs that have been squeezing their budgets for years.

Berkshire Chairman and CEO Warren Buffett has described health costs as a “hungry tapeworm on the American economy.” And the leaders of the three companies see a lot they want to fix, even though they have said little yet about how that will be done.

“We said at the outset that the degree of difficulty is high and success is going to require an expert’s knowledge, a beginner’s mind, and a long-term orientation,” Amazon CEO Jeff Bezos said in a statement Wednesday. “(Gawande) embodies all three, and we’re starting strong as we move forward in this challenging and worthwhile endeavor.” 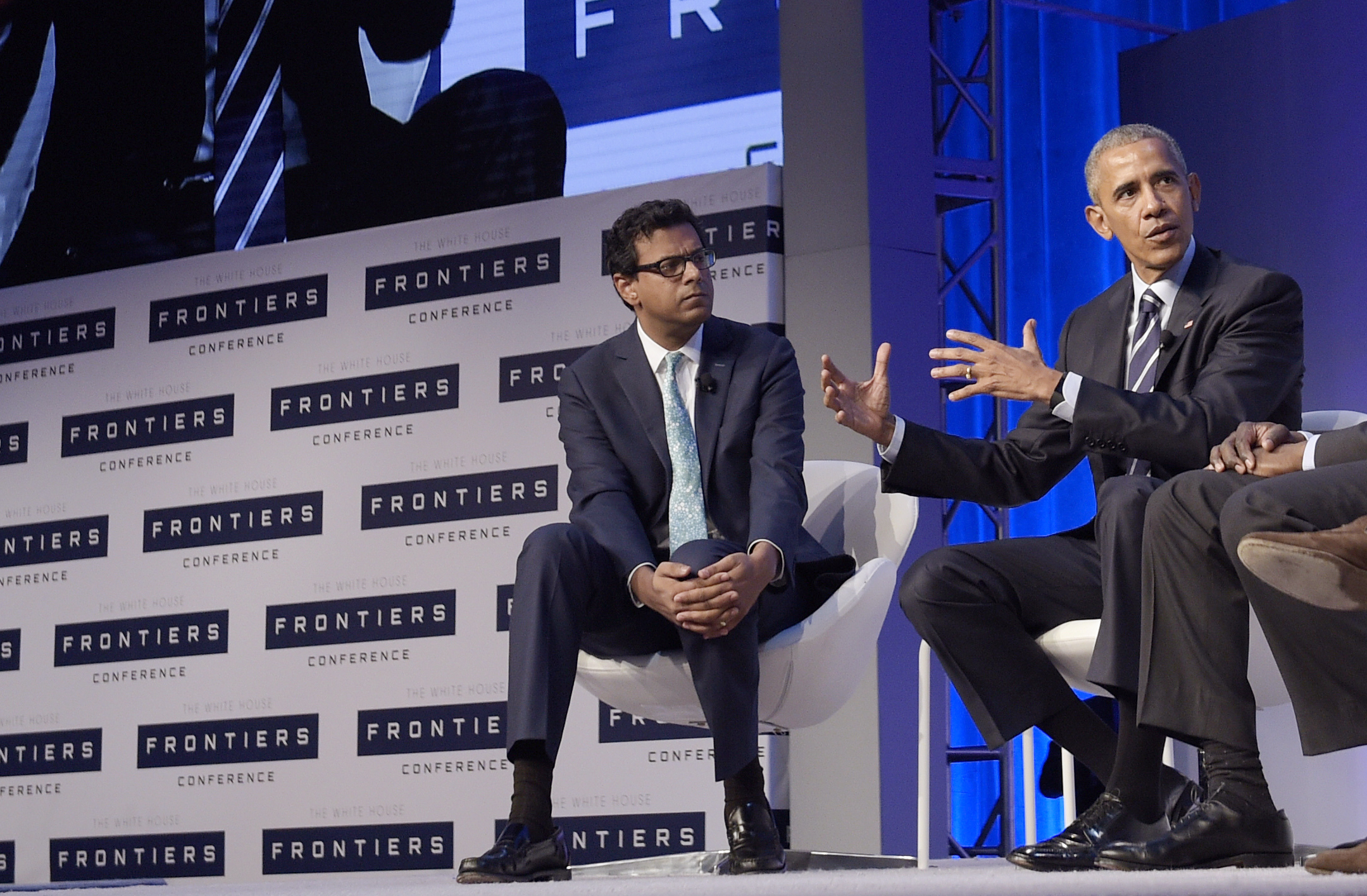 In this Oct. 13, 2016, file photo, Dr. Atul Gawande, left, listens as President Barack Obama speaks during a panel discussion at the White House Frontiers Conference at Carnegie Mellon University in Pittsburgh. Amazon, JPMorgan Chase and Berkshire Hathaway are turning to well-known author and Harvard professor Gawande to transform the health care they give their employees. The three corporate titans said Wednesday, June 20, 2018, that Gawande will lead an independent company that focuses on a mission they announced earlier this year: figure out ways to provide high-quality, affordable care. (AP Photo/Susan Walsh, File)

JPMorgan Chairman and CEO Jamie Dimon outlined several priorities for the new venture in an April letter to shareholders. He said it will look for ways to help employees make better choices for their care and give them the best options available. It will develop better wellness programs, particularly focused on obesity and smoking, which account for chronic diseases like cancer, heart disease and depression.

Dimon said the new company also will study why some costly and specialized medicines are often over- or under-utilized and the “extraordinary” amount of money spent on often unwanted care at the end of a patient’s life.

Gawande wrote a 2014 book, “Being Mortal,” that focused on aging and death. In it, he noted that people “live longer and better than at any time in history.”

“But scientific advances have turned the process of aging and dying into medical experiences, matters to be managed by health care professionals,” he wrote. “And we in the medical world have proved alarmingly unprepared for it.”

Gawande is surgeon at Brigham and Women’s Hospital and a professor at both Harvard’s medical school and its school of public health. He said in a statement Wednesday that he has devoted his career in public health to building solutions for better care delivery, and that while the current system is broken, “better is possible.”

Employer-sponsored insurance covers about 157 million people, according to the Kaiser Family Foundation. That’s nearly half the total U.S. population and the biggest slice of the country’s patchwork health insurance market.

Neither the companies that offer health coverage nor many of the employees that use it are happy with how the system currently works. Rising costs have pushed employers to hike deductibles and other costs for their workers. Companies are asking them to pay more of their care bills and to shop around for better deals. Many patients, especially the sickest, struggle with that.

Amazon, JPMorgan and Berkshire said in late January that the initial focus of their new company will be on technology that provides simplified, high-quality and transparent care “at a reasonable cost.”

Amazon’s participation and customer-first focus will be crucial, according to Brian Marcotte, CEO of the National Business Group on Health, a nonprofit that represents large employers.

He noted that employers already offer ways to help patients shop for care or see a doctor remotely through telemedicine. But people don’t use this technology unless they need it, so they haven’t grown comfortable with it.

That could change if they go through a well-known platform like Amazon, which could then reach into its vast trove of customer data to personalize the shopping, Marcotte said. If, for instance, you are a runner considering knee surgery, Amazon could lay out the best or common practices for your condition and maybe show that surgery isn’t your only option.

“It’s not only reaching people in the moment, it’s the possibility to reach people with relevant personalized messaging that will engage them,” Marcotte said.

Gawande starts his new role July 9. His company will be based in Boston.