When his knee quickly swelled to three times its normal size after falling on the stairs, Nicholas Saccone of Carmel, New York, knew something was seriously wrong. Soon, Saccone, 69, wasn’t able to walk or bend the knee and pain radiated throughout his leg. He immediately contacted Dr. Daniel Fish, a surgeon with Orthopaedic Specialists of Connecticut in Brookfield, CT, who had performed previous meniscus surgery on Saccone.

An MRI and X-ray revealed that the knee was corroded with arthritis, but instead of a full knee replacement, Dr. Fish suggested a relatively new procedure called Subchondroplasty. Dr. Fish and two other doctors with Western Connecticut Health Network (WCHN) are among only a handful of surgeons in Connecticut using this revolutionary technique.

“The procedure is ideal for patients with knee pain and decreased joint function caused by small cracks or stress fractures,” explains Dr. Fish. “We inject a calcium phosphate compound that seals the crack like caulking.”

Specifically, Dr. Fish uses an injectable, bone graft substitute material called AccuFill® that is intended to fill voids or gaps in the skeletal system. It flows readily to fill bone defects, then crystallizes and sets to form a scaffold in the bone. The compound is then naturally replaced with new bone during the healing process. The material was approved by the FDA in 2010.

According to the Centers for Disease Control and Prevention (CDC), 719,000 Americans had a full knee replacement in 2010. The National Center for Health Statistics released a report that same year that shows hospitalization rates for knee replacements more than doubled in a ten year period for adults aged 55-64.

Dr. Fish and his colleagues Drs. Matthew Rogell and Robert Daher have offered the procedure for the past two years. 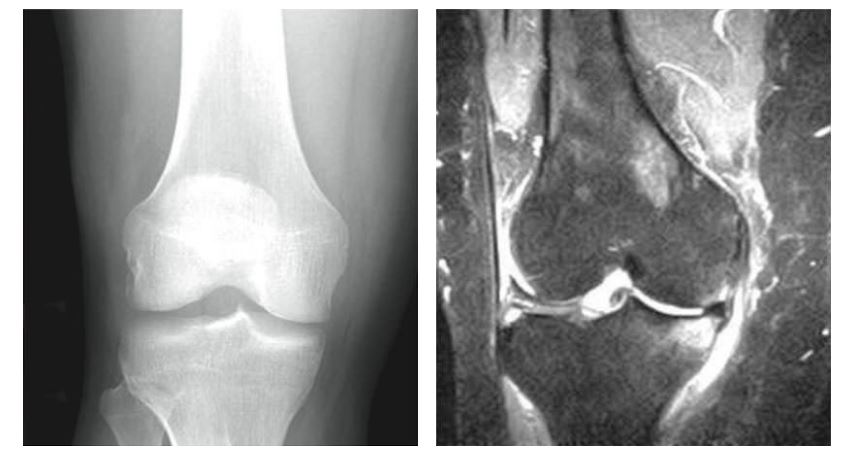 “Before Subchondroplasty, there were limited treatments options for this type of injury,” said Dr. Fish. “Often patients in significant pain were forced to undergo the more invasive total knee replacement.  In most cases, the Subchondroplasty has been able to alleviate the pain and avoid a replacement.”

For Saccone, his operation was performed at 6:00 a.m. and by noon he was back in his home moving around.

“On just the fourth day after my surgery, I was walking without a cane. I couldn’t believe it!” exclaimed Saccone. “Dr. Fish and all the docs at Danbury Hospital are the best!” Eight months later, Saccone remains very active, walking 1 ½ miles per day and he just returned from a trip to Atlantic City where he walked up and down the boardwalk.

Dr. Fish notes the minimally invasive surgery is a 30 minute outpatient procedure performed under a regional (awake) anesthesia. The knee can be quite uncomfortable for 24-48 hours after the procedure, but then the pain resolves rapidly. Patients are on crutches for three to five days post-operatively with immediate partial weight bearing. Most see a complete recovery in four to six weeks.

“Studies have indicated that the benefits can last for more than five years,” concludes Dr. Fish. “Additionally, it will not limit treatment options for a partial or full joint replacement further down the road if needed.”

Surgical Products interviewed Erik Nilssen, of the Nilssen Orthopedic Ankle and Foot Center at The Andrews Institute about the procedure last year.